Our next contender for the 2016 Boschendal Style Award is Gentlemen’s Arthouse, Johannesburg’s dramatic and eccentric restaurant located in a heritage building. Here’s why it deserves its nomination as the most stylish restaurant in SA. 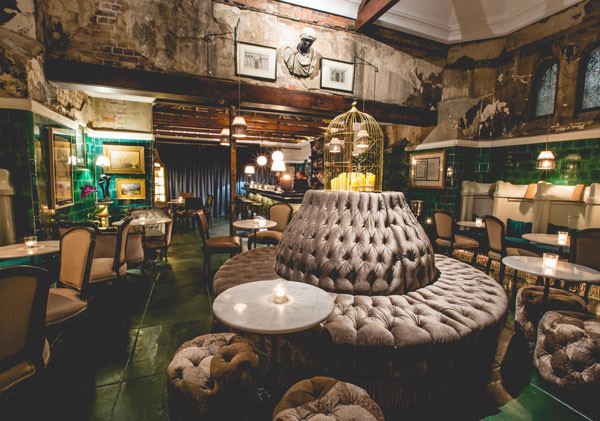 The building – once a men’s lavatory – has since been restored over a three-year period by Maira Koutsoudakis and her award-winning design team, LIFE Interiors + Architecture + Strategic Design, to create an ode to its Edwardian heritage with a contemporary, playful touch.

The inspiration behind the quirky yet opulent decor was not to integrate, but rather to create a complete contrast – where old meets new and heritage meets the contemporary. 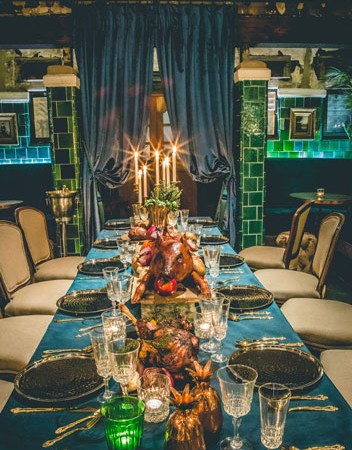 A dining table at The Gentlemen’s Arthouse. Photo supplied.

Every piece in the space has been hand-selected and includes a custom-made brass bar with Victorian ceiling panelling, a brass top and a cabinet of curiosities, antique table lamps and a collection of vintage photographs featuring Victorian gentlemen. Maira and her team retained the building’s original emerald green wall tiles by using artisan manufacturers to restore and reproduce these in a style true to the original.

Unconventional elements in the space include the lavatory urinals that have been converted into throne seat banquettes in teal velvet; passementerie tassels and dramatic strip lighting; festoon lights in the adjoining courtyard; and a carriage-like container housing the kitchen and elegant bathrooms. 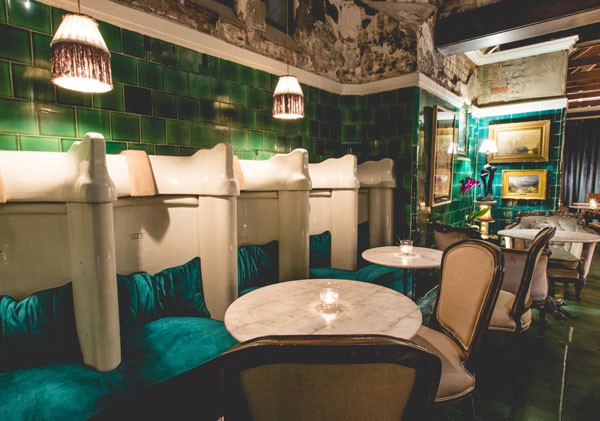 The space also plays host to the performing arts that would have featured in its Victorian heyday – fire-eaters, tasteful burlesques, strong men, trapeze artists and chanteuses.

The food at Gentlemen’s Arthouse is decadent and dramatic with an experimental touch. Favourites include the League of Extraordinary Gentlelambs with French trim lamb cutlets, lamb rib lollipops and duck fat fries; or the Prima Donna Prawn, grilled tiger prawns served with a saffron rice wafer and a spiced lentil ragout and buttermilk raita. Another signature dish is the Crudo Cones: sesame cones with a trio of fillings including tuna ceviche, salmon tartare, and cured beef fillet. 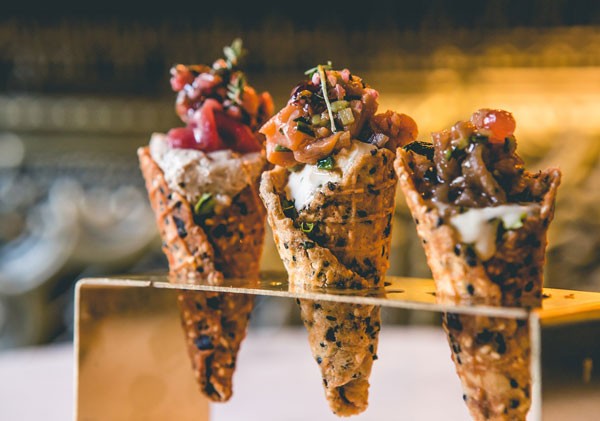 Does Gentlemen’s Arthouse have what it takes to win the 2016 Boschendal Style Award? Find out at the Eat Out Mercedes-Benz Restaurant Awards on 20 November 2016. Buy tickets now.