Our next contender for the 2016 Boschendal Style Award is the trendy and innovative Coobs, Parkhurst’s self-sufficient restaurant. Here’s why it deserves its nomination as the most stylish restaurant in SA. 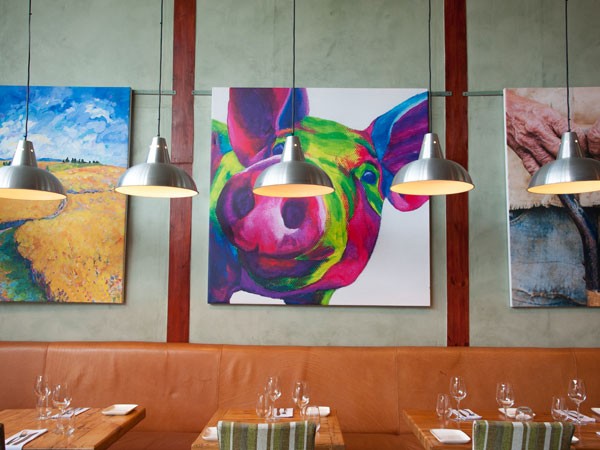 When Coobs opened three years ago, it paved the way in self-sufficient, farm-to-table cuisine in Joburg. Now wildly popular, the restaurant and philosophy is still thriving today. In March 2016, chef and owner James Diack teamed up with his mother, Janet Diack, to design and conceptualise a new light and fresh interior to match.

The redesign connects James’s diners to the rolling green fields of the family’s Brightside Farm – from where many of the menu’s ingredients come. 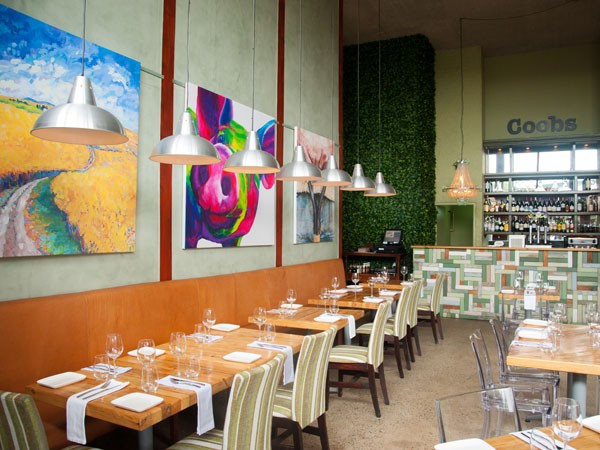 The the contemporary interior at Coobs in Parkhurst. Photo supplied.

In line with the restaurant’s approach to non-wastage and recycling, James chose not to replace the furniture during the revamp and instead reused the reclaimed blonde Oregon wood tables. Siphiwe Tshabalala reupholstered the chairs with green foliage fabric. Some of the crystals on the chandeliers have been subtly replaced with green ones to add to the verdant theme.

The trademark bar was given a face-lift too, with blocks coloured in shades of green, while the existing paintings were relocated to the private dining room and replaced with large eclectic farm-themed pieces by local street artists. 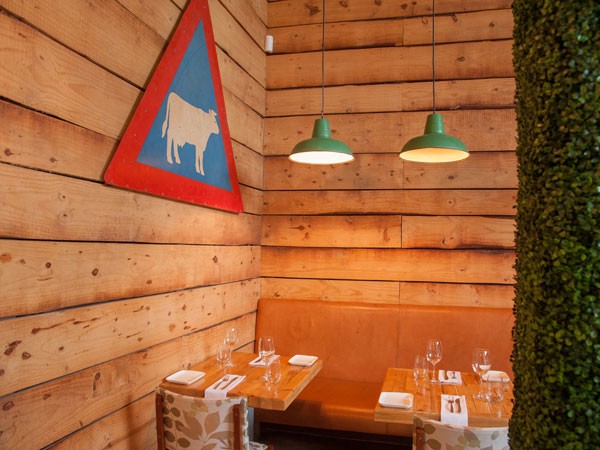 The sophisticated and contemporary interior is finished off with a floor-to-ceiling vertical garden that adds a brilliant pop of colour.

The menu at Coobs highlights the part of the dish that comes from the farm. Dishes are fresh, simple and show off the quality of the ingredients. Coobs has become famous for the acorn-fed wild boar ragu with pappardelle, free-range pork belly and the delicate beef carpaccio. Fans have also rave about James’s risotto. 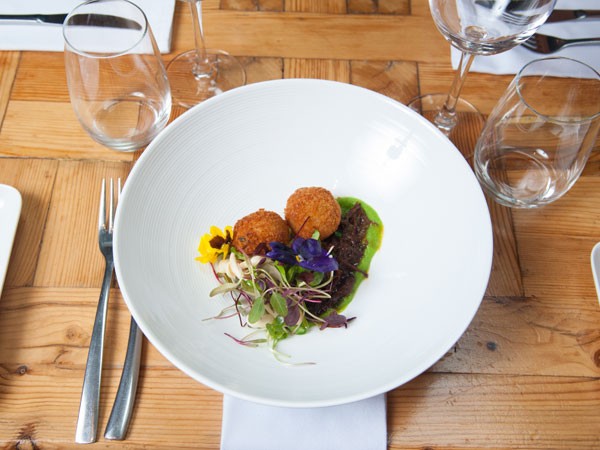 Does Coobs have what it takes to win the 2016 Boschendal Style Award? Find out at the Eat Out Mercedes-Benz Restaurant Awards on 20 November 2016.