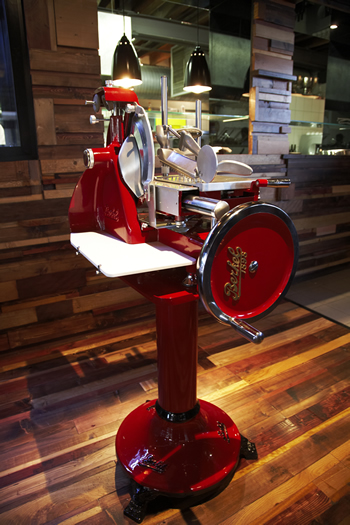 The interior at Burrata. Photo courtesy of the restaurant.

Like its cheesy namesake, Burrata in Woodstock has a pretty special interior. Nadine Botha examines why this restaurant has been nominated for a Boschendal Style Award at this year’s Eat Out Mercedes-Benz Restaurant Awards.

Opened in 2012 by Neil Grant and Barry Engelbrecht, Burrata has since carved out a top notch Italian niche for itself in the post-industrial neighbourhood of Woodstock. Like its neighbours at the Old Biscuit Mill, the restaurant’s passion and flair for good food is visible in the details of the décor too.

The Neapolitan pizzas baked in the handmade Acunto pizza oven from Italy are the headline act. You should try the salsiccia pizza with homemade fennel sausage, caramelised onion, smoked mozzarella and baby spinach if you don’t believe us. Chef Annemarie Steenkamp’s modern Italian fare is not to be missed either though; the roasted duck breast served with Jerusalem artichoke masala cream, gremolata and fried capers, is a winner.

Aidan Hart of In-house Brand Architects  took inspiration from the New York Meat Packing District – to which Woodstock is often compared – to create an industrial interior using wood elements and metal structures. The tables – made of 150-year-old Oregon Pine salvaged from an 80-year-old leather factory in Wellington – and a wooden feature wall by Overberg Joiners, give a sense of provenance. A custom wine cellar, with lighting by Ryan Matchett Design, takes pride of place. Even the bathroom – with its wooden feature doors, laser cut-outs and black metro tiles – is stylish.

Does Burrata in Woodstock, Cape Town have what it takes to win the 2014 Boschendal Style Award? The winner will be announced at the Eat Out Mercedes-Benz Restaurant Awards on Sunday 16 November. Tickets are on sale now. See the other nominees here. 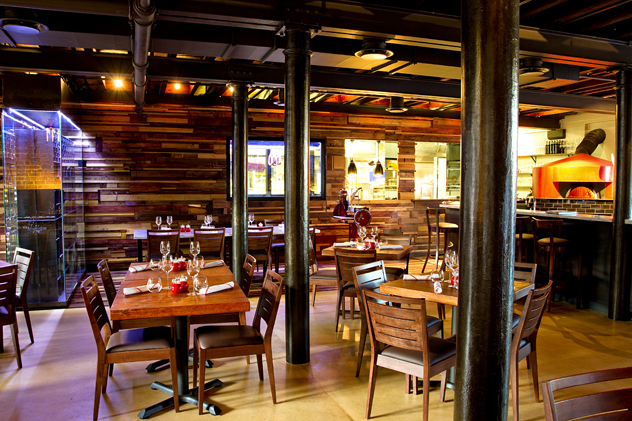 The interior at Burrata. Photo courtesy of the restaurant