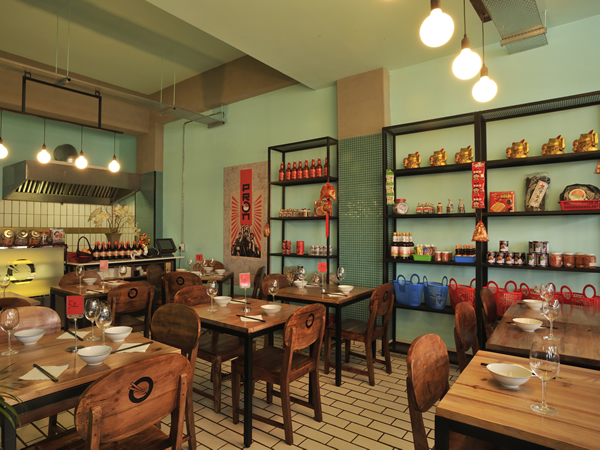 Our next nominee for the 2015 Boschendal Style Awards is PRON, People’s Republic of Noodles. This unpretentious yet trendy noodle bar is a quirky, popular new addition to Linden’s foodie scene. Here’s why PRON deserves its nomination.

Emma Chen, chef and owner of The Red Chamber in Hyde Park, worked with interior designer Charles Storr to create the look and feel of the unique space. The brief was to steer away from fusion and overt sophistication. Instead, Emma wanted the interior to be down-to-earth and vibrant, drawing inspiration from 1950s China, the era of propaganda posters. In line with the restaurant’s name, the idea for the décor, and the food, was to create something that was ‘for the people’. 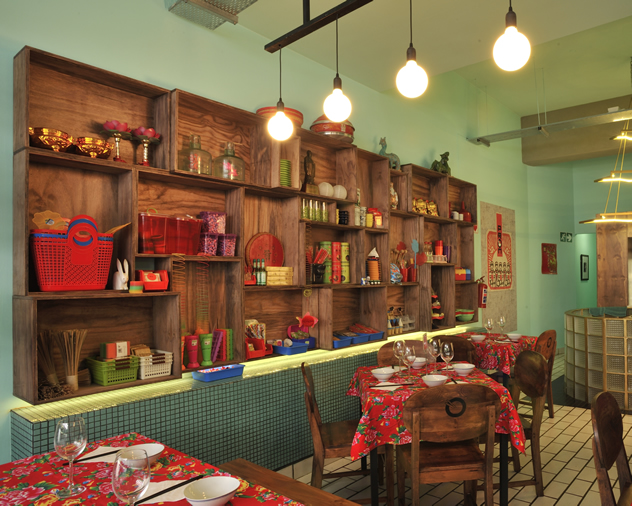 The interior at PRON. Photo courtesy of the restaurant.

The eccentric Joburg eatery’s bright and jovial atmosphere is perfect for relaxed dining. The walls are a tranquil sea-green shade inspired by the 2013 martial-art movie The Grandmaster, partially set in Hong Kong in the 50s. Against one wall, a large wooden bookcase is crammed with colourful Chinese toys and ‘Made in China’ trinkets. To create a marketplace feel, the space features shelves of traditional Asian foodstuff and groceries to buy. 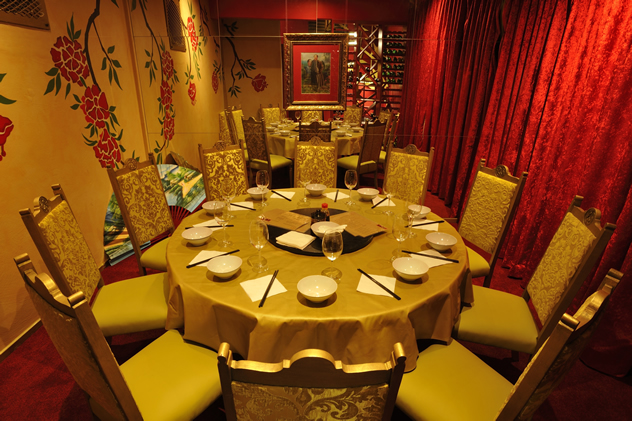 The seating and table setting at PRON. Photo courtesy of the restaurant.

Wooden tables are dressed with red peony fabric, a design common in rural North China, which Emma brought back from a trip to the country. In addition to the Chinese propaganda posters decorating the walls, rustic crockery offers an authenticity to the dining experience and menus are even stamped with a Chinese government seal.

In contrast to the casual atmosphere of the main restaurant, an opulent private dining room evokes ideas of a ruling elite. The plush and secluded room – adorned in rich gold and red, with floor-to-ceiling mirrors – seats 10 people, with a Lazy Susan to facilitate sharing.

Expect a small menu with dishes that don’t often make an appearance on the average Chinese menu. Emma wanted to serve food that that she ate when growing up in China. The noodles are freshly made in the restaurant, and dishes include Chaashou pork soup with noodles or Szechuan-chilli chicken noodles. A popular favourite is thebmoreish ‘hand-break-bread’, bread – layered, flaky flatbread that’s filled with fresh spring onion and salt.

Does PRON have what it takes to win the 2015 Boschendal Style Award? We’ll find out at the Eat Out Mercedes-Benz Restaurant Awards in November. Stay tuned to see our other nominees. 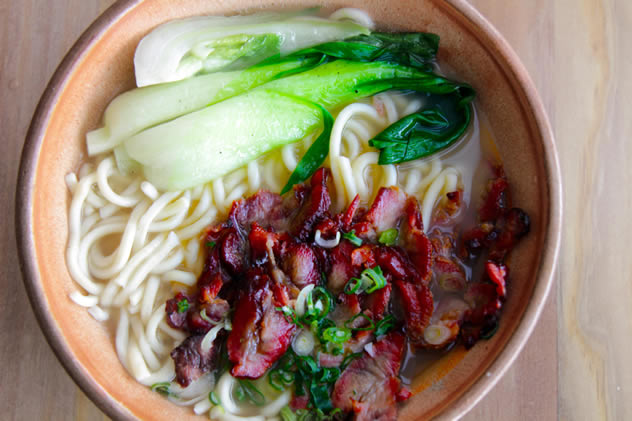 Pork noodles at PRON. Photo courtesy of the restaurant.