Our next contender for the 2016 Boschendal Style Award is the organic and locally driven Fermier Restaurant in Lynnwood, Pretoria. Here’s why it deserves its nomination as the most stylish restaurant in SA.

The look: Scandinavian-inspired
The location: In the Karoo Yard, Pretoria
The creatives: Architecture by John du Raan and interior by a collective including chef Adriaan Maree and the staff at Fermier, Rita-Mari Ludike, Elza van Dijk who made the pottery, and Dawie Heyns who made the tables and chairs 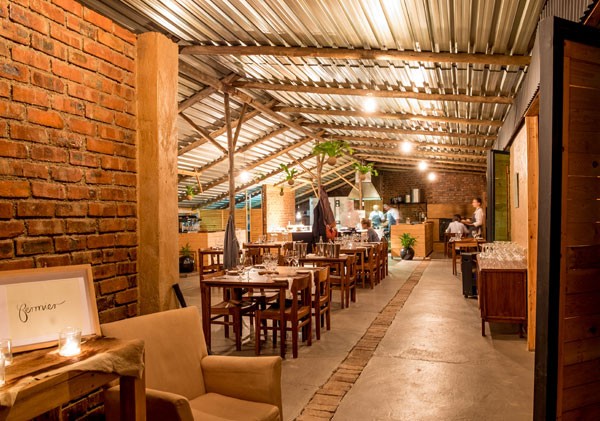 The Fermier restaurant was designed to blend into its surroundings in an unobtrusive and organic way. Creating a functional design was a major part of the brief, as was keeping Fermier’s footprint as small as possible. A golden rule throughout the restaurant is ‘waste not’, using the space, resources and building material in clever ways and making the most of what is available. Chef Adriaan Maree made a point of injecting himself into the design process, and has worked with local artisans, including architect John du Raan, to ensure everything reflected his style. 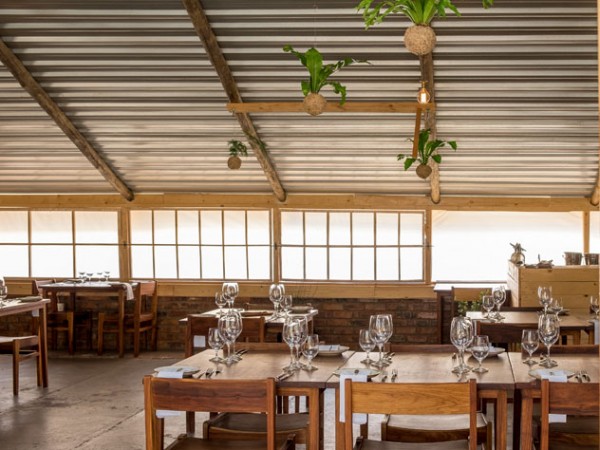 Another view of the simple yet elegant interior of Fermier. Photo supplied.

On arrival, farm animals and forest-like surroundings welcome guests before wooden doors swing open to display a beautiful yet simple dining room. The team aspired to create a space of effortless, rustic elegance, influenced by Scandinavian design. The room is filled with items that are of sentimental value and functionality. It’s clean and minimal, but guests can feel as comfortable and at ease as they would when seated at their grandmother’s kitchen table.

Most of the material used to build Fermier has been sourced locally and recycled: The rammed earth walls are made from the soil excavated for the dams (where fish are farmed for your dinner); the doors and space dividers are made from recycled wood; and the fireplaces even double as ‘donkeys’ to heat water for the fish. 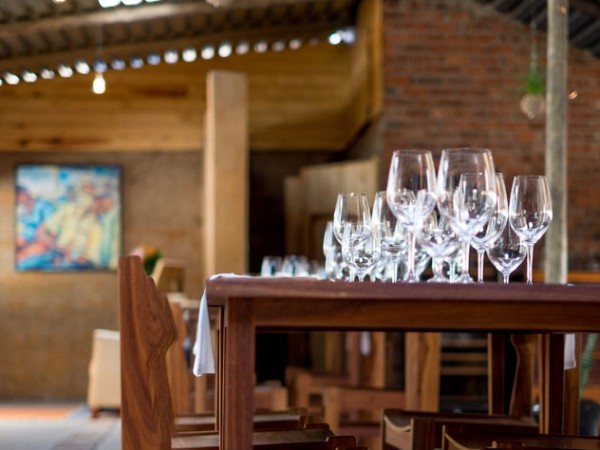 The kiaat tables and chairs by Dawie Heyns. Photo supplied.

Fermier’s gorgeous leather menus were conceptualised and designed by chef Adriaan and Rita-Mari Ludike, handmade by local fashion designer Retha Snyders, and branded by Swagger Collective from Pretoria. In keeping with the local theme, the plates, cups, saucers and milk jugs used in the restaurant are all made by Elza van Dijk right on the property, as were the kiaat tables and chairs by Dawie Heyns. 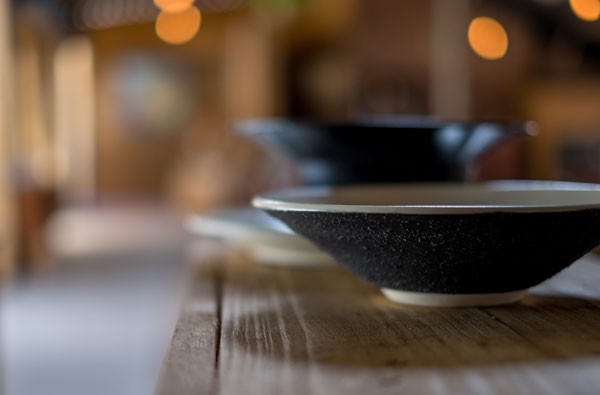 The kitchen is completely open and forms a part of the dining area. The restaurant’s warm simplicity offers a contrast to the refined, elegant food produced by Adriaan and his team. Surrounded by fish ponds and a forest of bushy trees, guests are transported to a haven that feels far from the bustle of the city.

Chef Adriaan Maree, formerly of Roots in the Cradle of Humankind, is challenging diners with something totally new and delicious at the sustainability-driven restaurant. The Fermier charcuterie is a constant on the menu, specifically the duck-liver parfait. Served with rillettes, sourdough bread and salted butter, it’s a simple and homely start to the meal and is a precursor to the exquisite dishes to follow.

Does Fermier have what it takes to win the 2016 Boschendal Style Award? Find out at the Eat Out Mercedes-Benz Restaurant Awards on 20 November 2016. Buy tickets now.