9 things to eat in Scotland that are not haggis 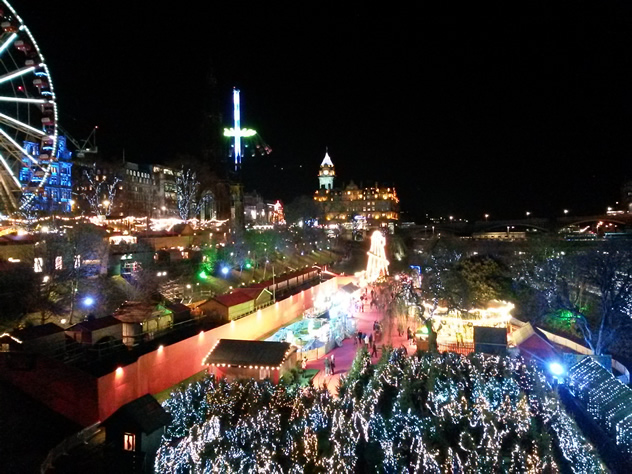 Edinburgh out of character

Any trip to another country – or even down your street – is bound to have culinary highs and lows. You will discover a little gem down an alley, and foolishly enter an overpriced tourist trap; you will bite into a surprisingly delicious pie, and spit out hilariously bad coffee. Here’s Linda Scarborough’s guide to eating in Scotland, based on her recent trip to those bonny shores. (Don’t worry, there’s no haggis.) 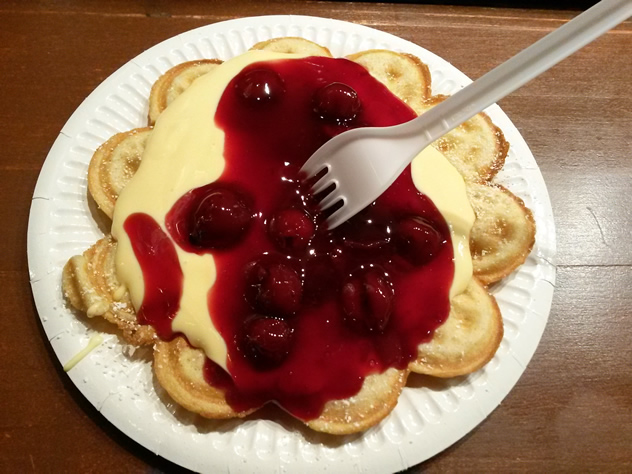 Our visit to this breathtaking city coincides with the silly season, so we take a turn around the Christmas market on Princes Street, which fills the sky with lurid flashing lights and parade-ride screams instead of the gentle glow from strategically lit castles and cathedrals. My irritation is somewhat soothed by a freshly made waffle drenched in ‘vanilla sauce’ and hot glossy cherries. A plastic cup of glühwein also helps, before I’m struck by a premature hangover and a realisation of what I’ve just shelled out in Rand for warm dooswyn. 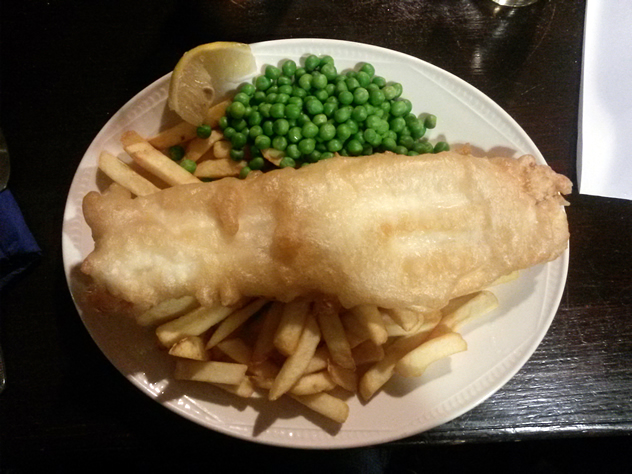 Beast from the deep

Now this is what I call portion control. I manage about half of the monster, which delivers a heavenly flavour as I delicately part flakes from the bone and bathe my face in its steam. (It was a cold day up on the Quiraing.) I also sip, very slowly, a wee dram of Dalwhinnie single malt whisky that may or may not have cost as much as my lawnmower. 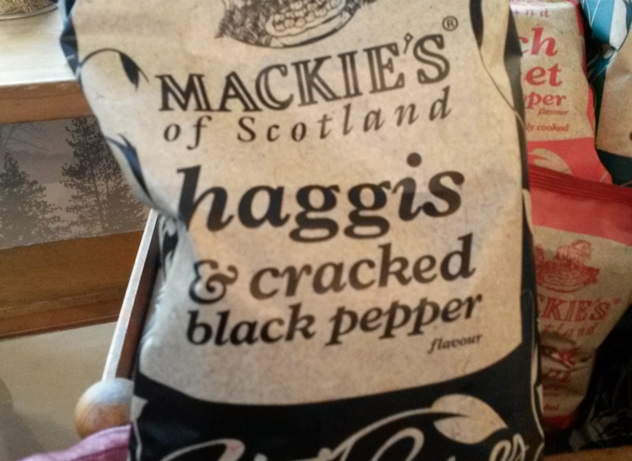 Not these ones though

McCoy’s crinkle-cut crisps on bread, anywhere near a dodgy off-licence

This is my go-to breakfast and sometimes lunch while holidaying in the UK with our beleaguered currency. Method: buy a packet of McCoy’s crisps, preferably flame-grilled steak or salt & malt vinegar flavour. Tear open soft roll, or lay out two slices of rubbishy supermarket bread. Arrange chips on bread, close up, and clasp sarmie in your claw-like hand as you take bite after bite around your fingers in an attempt to thwart crumbs escaping as the chips splinter. (Incidentally, once I discovered they were not, in fact, called McAvoy’s, they became rather less tasty.) 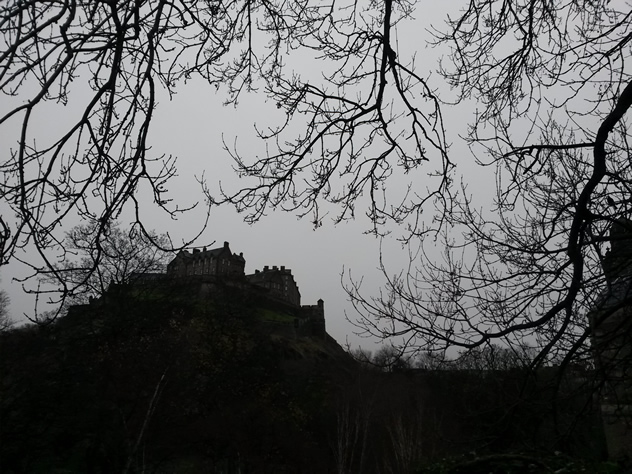 Why we need warming curry

Wandering the Royal Mile in tell-tale puffy parkas and backpacks, we are accosted by a persuasive guy from a nearby Indian restaurant called Royal Spice. (See what they did there?) We gratefully accept the bribe of a crispy veggie pakora on a toothpick and are lured into the brightly garish dining room in the style of Indian restaurants-for-tourists everywhere. After days of ‘traditional’ pub food, we are dying for a bit of spice and colour, and collapse face-first into ornate silver dishes of fragrant sauces and bubbly naan. This unorthodox Thanksgiving meal meets the particular approval of a fellow traveller from the United States, who wants to eat something as far removed from her aunt’s cherry coca-cola jello salad as possible. I can’t blame her.

Free popcorn and an exemplary cocktail at Panda & Sons, Edinburgh

A little lost in the dark (it was after 3pm), we ask a passing couple to help us find the top-secret bar that is nevertheless known to us travellers from across the world. After making our way through the shopfront/disguise, which is decorated with nothing but a tartan upholstered chair and an old-school hairdryer, we descend the stairs and move the faux bookshelf aside (actual books!) to enter. It’s dim and moody and warm. Both the ceilings and lighting are low. A bowl of complimentary popcorn arrives in the gloaming. After politely inhaling this very welcome and free snack, I plump for the Don Familia, an award-winning cocktail containing Bacardi Gold, Amontillado sherry, lime juice, agave nectar, pineapple juice and Green Chartreuse, a French liqueur aged with 130 herbs and flowers. The drink is exquisitely garnished, sweetly spicy, and worth every penny of the £7.50 (R165). Sort of. Mostly. It’s too dark for Instagram. 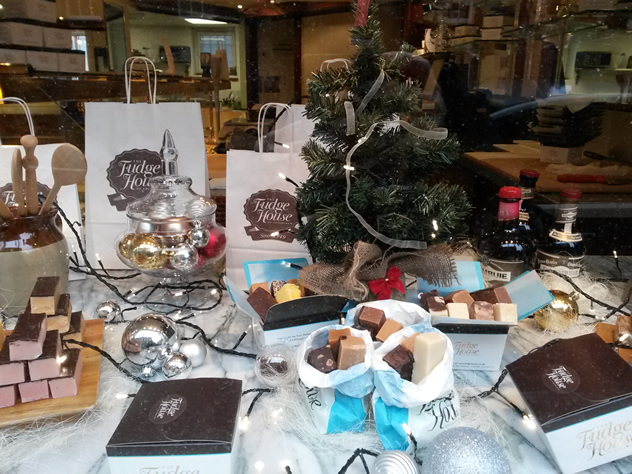 How much is that fudgie in the window?

Fudge from The Fudge House, Edinburgh

In a decidedly French-looking shop on the bottom end of the Royal Mile, a white-clad pâtissier prepares a beautiful cardboard box, lines it with tissue paper, and awaits my command. The bars of fudge are handmade with fresh cream, butter, caramelised sugar and natural flavours; I choose chocolate peanut butter, lemon meringue pie, Italian nougat and highland cream, and feel inordinately pleased with myself. 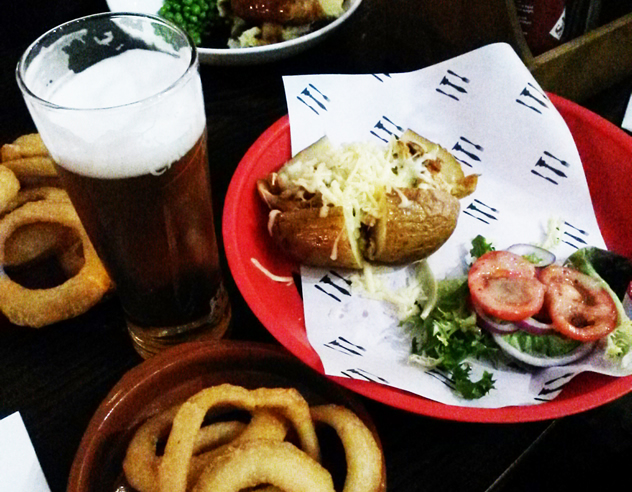 The rings to rule them all

A filled baked potato and battered onion rings at The Rule, St Andrews

A good local for pub quizzes, according to my resident friend, The Rule also has the most varied menu I am yet to see in a drinking hole here, with comforting grub that includes, but is not limited to, the culinary highlight of Scotland, a filled baked potato. I order one with pulled barbecue chicken and cheese, and it arrives with a nod to a salad, which is dressed nogal. Their onion-ring game is strong, too, and we wash it all down with a pint.

A friend sends me this Buzzfeed article shouting about how everyone is ‘losing their minds’ over the incredible hot chocolate ice cream floats at Mary’s Milk Bar. Luckily I had already been to Mary’s earlier that day, else the desultory crowd of three and slightly discordant jazz piped through the speakers might have proved a bitter disappointment. I opt for a sugar cone piled with scoops of ice cream in milk and dark chocolate flavours. It tastes fantastic even though the ambient temperature is 2°C.

These Scots don’t mess around. It turns out that the beautiful golden hue and extra-crunch factor of these fries are due to the cooking medium of BEEF DRIPPING. Also known as ‘mucky fat’. Verily, these are not safe for vegetarians, even if said veggies are starving after stomping around in the snow for two hours.