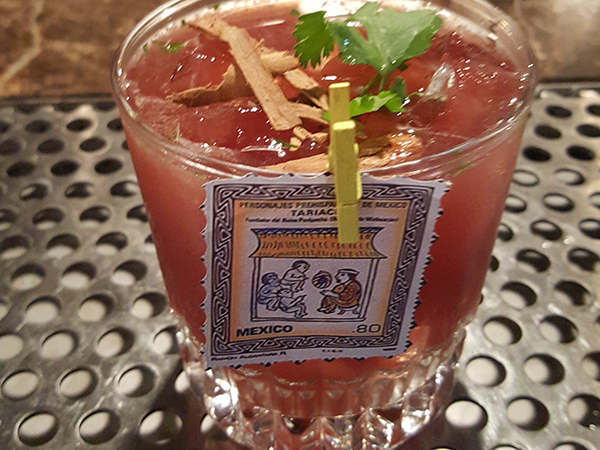 Renowned mixologist Julian Short is opening a cocktail bar adjoining Coalition on Bolton Road in Rosebank. After training many businesses in the art of mixology and plying his skills in Sweden, Mexico, Scotland and Cuba, Julian is aiming to breaking the mould of how cocktails are made and perceived. The bar is as yet unnamed (Sin & Taxes was a working title) and is unofficially open from early December, but will launch in the new year.

Julian plans to use local ingredients like buchu, with new surprises coming up every three weeks when the seasonal menu changes. Each menu has a theme; the first is Travel, and places from Julian’s own journeys are represented in cocktail experiences. Carta de la Casa was inspired by the flavours and unique colours of the soil in Mexico, containing a bright, young tequila, a smoked-pomegranate-and-balsamic shrub, and coriander leaf. Another cocktail evokes an evening spent sitting on the Malecón seawall of Havana, chatting and smoking cigars, featuring aged Cuban rum, cigar syrup, caramelised lime juice and a bay-leaf liquor.

Every mixologist worth his citron salt uses as many shrubs (drinking vinegars) and syrups as possible, but Julian insists on the root-to-leaf approach. Everything he uses is made from scratch – the cordials, tinctures, bitters and even his own alcohol bases – and nothing is thrown away. What cannot be used is reduced to salt, powder or ash. “This will be the greenest, most sustainable bar around,” he says.

Although Julian Short is re-inventing the cocktail and loves trying conceptual experiments, he does want his customers to be able to drink their cocktails, “not eat one teaspoonful and inhale the rest.”

Each menu will feature one recognisable drink – “a daiquiri or something” – and do heavenly things with it. For the moment, the food offerings include simple edamame beans and biltong. As Julian settles in, he hopes to use the wood-fired oven at Coalition to create a menu of tapas-sized dishes.