Behold the Lindt s’more skillet from Le Kreamery in Pretoria

It seems we might have a new contender for most Instagrammable treat in South Africa. Behold the Lindt s’more skillet from Le Kreamery in Menlyn, Pretoria. 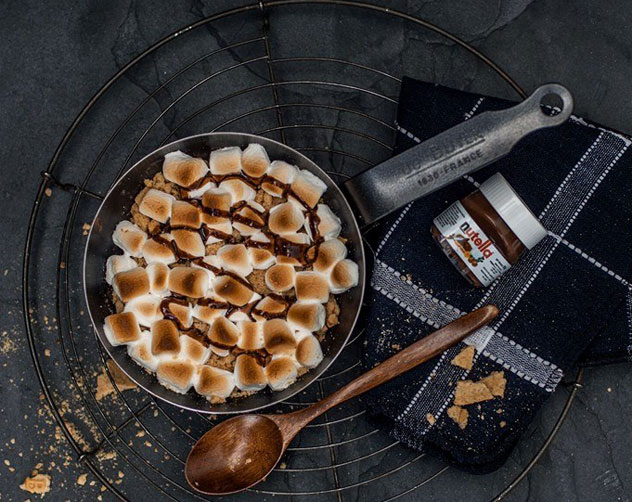 The s’more in all its glory. Photo courtesy of the restaurant.

The skillet (R65 for two people) is loaded with crushed Oreos, melted Lindt chocolate and special marshmallows (imported from the UK for their roasting properties), and is designed to be eaten with a fork. Riyadh Cassim is the man behind the magnificent creation, along with his brother Shezaad Cassim and wife Raeesa.

Riyadh dreamed up the fantastical creations after noticing that most local coffee shops had very similar, traditional offerings, compared to what is offered in overseas markets. “I found this rather boring and sad. Being a 21 year old campus student at the time I felt we needed a coffee shop with excitement,” explains Riyadh. He developed the idea over 18 months, coming up with a host of alternative treats. 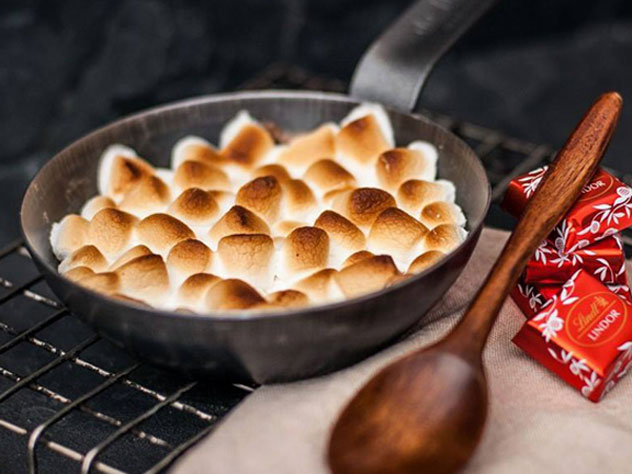 Just look at those toasty marshmallows! Photo courtesy of the restaurant.

Equally Instagrammable (if you’ve got some videoing skills) is Le Kreamery’s chocolate bomb. A sphere of chocolate is served with a jug of hot Nutella chocolate sauce; as the sphere melts, a ball of ice cream is revealed in the centre. Check it out: 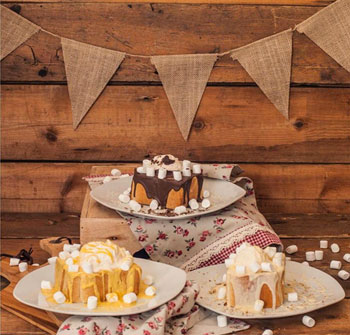 The kream loaf in a variety of flavours. Photo courtesy of the restaurant.

And naturally, they also do gourmet OTT milkshakes.

Riyadh used to work in his family’s luxury homeware business, but learned the tricks of the trade from a pretty special mentor, George Lazarides of Ocean Basket. Riyadh was completing his honours degree at the University of Pretoria, but quit when his store application for Le Kreamery was approved.

The café opened in December, and is already building up a steady stream of customers, many of whom come for the coffee, which is roasted in-house. The Kreamery blend is a mix of Columbian and Ethiopian beans, roasted medium to dark. “We don’t believe in very strong coffee,” Riyadh explains. “The research we’ve done suggests that people prefer less strong coffees – you don’t always want to have to add sugar.” 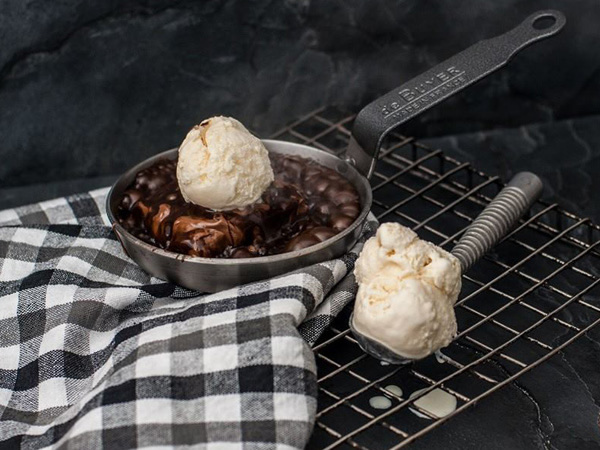 The stuffed Nutella brownie at Le Kreamery. Photo courtesy of the restaurant.

And after all, if you’re planning on eating your way through a skillet of Lindt s’mores, you probably aren’t going to be looking for more sugar.

“It’s a lot of hard work, but we love it,” says Riyadh. “Every day we see customers coming in and leaving with smiles. It’s what we live for.”

Have you tried any of Le Kreamery’s treats? Tell us about it in the comments section below, or write a review. 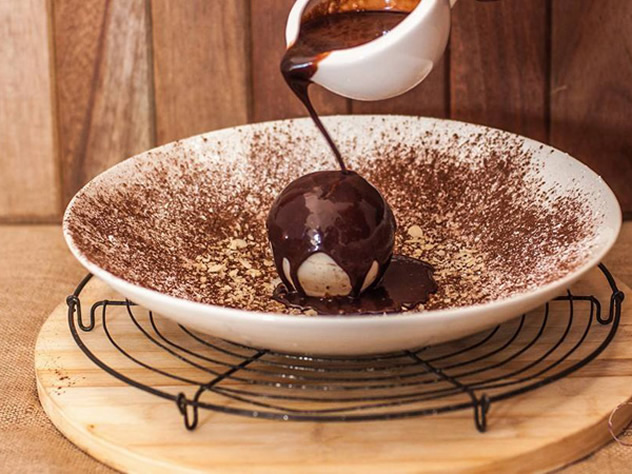