Breaking news: The Cube at the Cosmopolitan opens this Tuesday

Dario de Angeli and Darren O’Donovan will open a new version of the Cube Tasting Room at Maboneng’s urban-cool Cosmopolitan this week. Already Dario de Angeli has kitted out the very popular The Cosmopolitan Bar, restored a downstairs cellar, opened up a champagne space and – cue the drum roll – now on Tuesday 1st November, will open The Cube in the same building but with its own space and kitchen.

There’s a fine line between order and chaos…with just over 24hrs to service in our new restaurant I’m, how shall I put this? Stressing? Excited? Nervous? Impatient? Yes! To all of the above…but come 6pm tomorrow, we’ll be doing what we do best. Cooking up a storm! #CubeAllStars #chefsofinstagram #mondaymotivation #Maboneng #chefsofinstagram #chefslife

This Cube will feature a ten-course progressive menu, much like his previous Cube Tasting Kitchen in Parktown North. “And,” says Dario, “you know we never finish at ten courses – there are always more.” 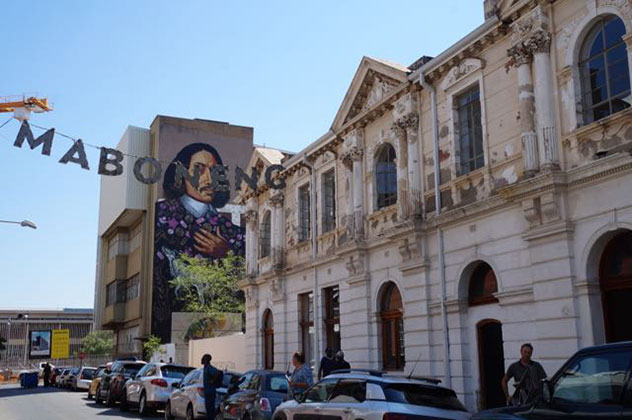 Maboneng’s historic hotel has been given a new lease of life. Photo by James Lennox | MILK+SUGAR

It’s true – there are extra surprises and they’re all delights. 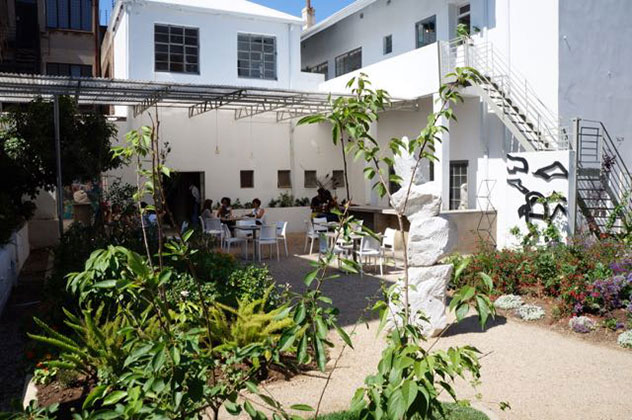 The garden at The Cosmopolitan. Photo by James Lennox | MILK+SUGAR

The theme of the first menu at The Cube at the Cosmopolitan will be very cosmopolitan: “A round-up of tastes linked to the major cities of the world,” describes de Angeli.

The way people eat at this Cube also has variations. For instance, people don’t have to be seated by any start time: “They can grab a glass of anything and wander the garden of the Cosmopolitan,” which is really a beautiful sculpture gallery. The garden entrance is the first choice, even now, for most visitors. They can also go after dinner or opt to go through to the Bar at the Cosmopolitan for relaxation in the comfortable armchairs. 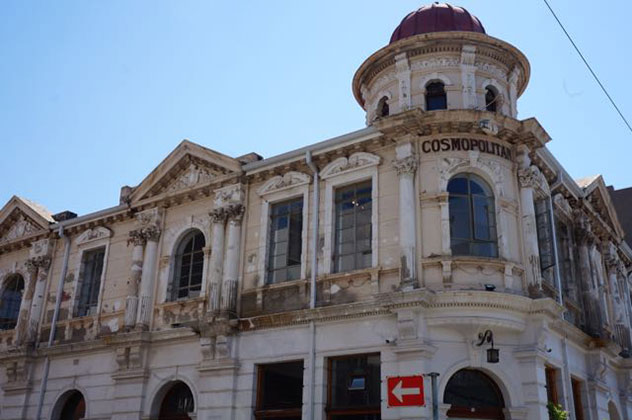 The grand building from the street. Photo by James Lennox | MILK+SUGAR

Although the space is only roughly square, it is bigger than the other Cube, with beautiful, large wooden windows and a comfortable mix of antiques and modern pieces surrounding a large centrepiece table. Diners can see straight into the raised kitchen. Darren and Dario will still allow patrons to bring their own wine, since that has become a feature of Cube, even though this Cube is fully licensed. Guests may also choose wine in the cellar. 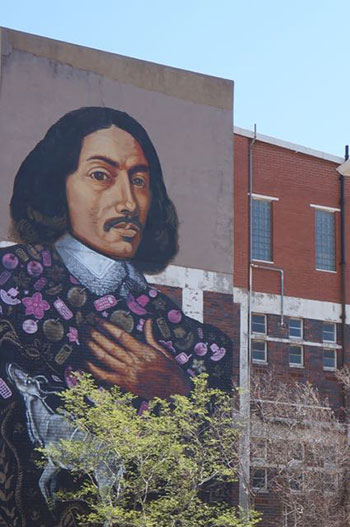 The new menu will also have a cosmopolitan theme. Photo by James Lennox | MILK+SUGAR

The Cube Tasting Kitchen in Parktown North will remain open for the time being for small functions only. Darren is the chef at this new Cube. Dario is the chef at The Cosmopolitan Bar and will be changing the menu there to something more casual and Mediterranean, since the new Cube is now the superb fine dining option.

Street parking is safe, with the local district security doing the rounds, but nowadays Joburg diners prefer to Uber anyway.

What a fabulous new location for The Cube’s progressive menus!