Two years ago, for April Fool’s day, we summoned a photographer and shot some pictures of our office kitchen, with one important improvement: the filtered water dispenser was retouched to look like it dispensed bubbly. Now, it seems our dreams were not so far fetched. Bubbly dispensers have landed in South Africa. 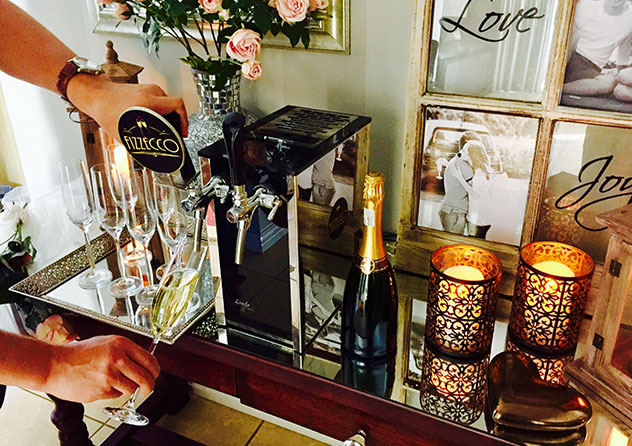 Is there such a thing as difficult-drinking bubbly? Photo supplied.

Hennie de Jager explains: “I started the bubbly on tap concept last year when I returned to SA after spending five years in the UK, where prosecco on tap is everywhere.”

For now, the group’s brut is the only option available. According to Hennie it’s a “fresh, easy-drinking bubbly made from a blend of sauvignon and chenin blanc that gets the balance between fruitiness and acidity just right.” (Isn’t all bubbly easy drinking? Just wondering…)

The team is also working on a blush rosé for those after a less dry bubbly. 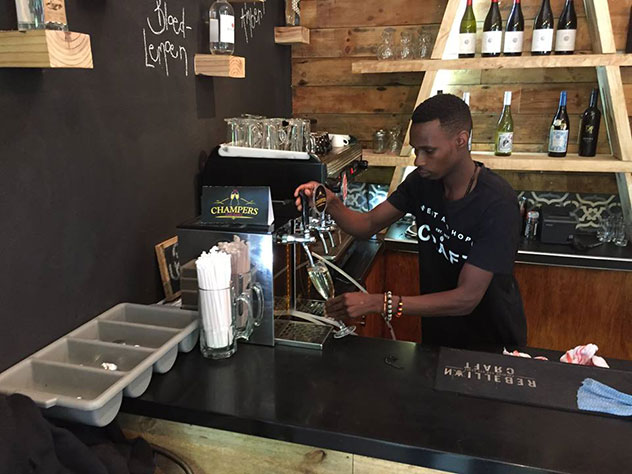 The major benefit of course is for restaurants, who’re now able to offer bubbly-by-the-glass without worrying about wastage. Photo supplied.

To be clear, we STILL do not have a tap serving chilled bubbly in our offices, and our idea for a bubbly pipeline from Franschhoek to Bree St. remains unbuilt despite its obvious brilliance in the field of urban planning.