The churro bowl, the latest ice cream receptacle trending around the world

The internet entered a particularly manic phase recently when somebody in Prague had the good sense to put ice cream inside a Hungarian chimney cake. Locally, Old Town Italy served ice cream up in a doughnut cone, and we’ve had a sudden explosion of ice cream sandwiches. But there’s another new ice-cream receptacle for you, this time with a Mexican flavour. We give you the churro ice-cream bowl.

Milky Lane in Sydney hadn’t even opened yet when its proposed #churrobowl started going viral. It’s debatable, though, as to who came up with the idea first. At the impressively named Churro Borough in LA, you can order a churro ice-cream sarmie, but we have to say a bowl seems more practical.

Several helpful individuals have already produced DIY videos, and although the recipe looks a leeedle bit complicated to us, home bakers are enthusiastically attempting them.

Desperate to have a churro bowl right now? We don’t know of anyone doing them yet in SA, but the helpful people at Tasty have produced a magnificent recipe, which involves making a basic churro batter, piping it around upturned muffin tins, freezing the whole shebang and then deep-frying the bowls. The result? A beautiful, bowl-shaped churro that can be dipped in cinnamon sugar and then filled with ice cream and chocolate sauce. 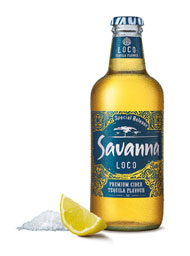