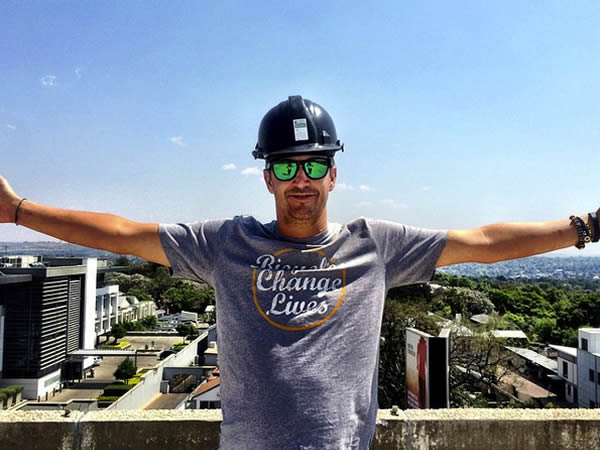 After the announcement in August 2015 that David Higgs was leaving award-winning Five Hundred at The Saxon to go out on his own, we’ve all been kept in suspense. But after months of cryptic Instagrams and Tweets, the acclaimed chef has finally unveiled his plans for his new ‘live-fire’ restaurant, Marble, that will open in Rosebank in May 2016.

Situated in Roam, the growing art, food and culture hub of Rosebank, Marble will boast a grand wood-fired grill imported from Washington as the focal point of the restaurant. A rooftop bar will provide a space for socialising and celebrating local wines, with a view stretching over Johannesburg towards the Magaliesberg. Another exciting, on-trend element is the walk-in butchery – inspired by Australia’s Victor Churchill – that will form part of the downstairs area. This will give guests the opportunity to take home the same cuts of meat they enjoyed at the restaurant above.

David will open the restaurant in partnership with local businessman and entrepreneur Gary Kyriacou, who has previously owned Spar supermarkets and was involved in the hospitality programme for the 2010 FIFA World Cup. Says David: “It’s incredible to get to work with a true businessman who had this vision and wanted to run with it.” The 250-seater will be adorned with décor and art by talented local artists sourced by Gary’s wife, Irene.

The concept combines the international live-fire trend seen in New York and Melbourne with an injection of South African flair. Explains David, “Marble will embody South Africans’ love of cooking with fire, a quality that makes our food culture different from the rest of the world. I’ve long been fascinated by what makes South African fare unique, and I believe it’s down to us being meat-and-flame enthusiasts – the timeworn ritual of cooking on wood fires, and gathering with friends. That’s what Marble will celebrate – and not just meat, but all types of ingredients cooked on coals, including fish, poultry, vegetables and breads.”

Marble is set open in May 2016, with future plans including openings in Dubai, London and New York.