Eduan Naudé and Brian Shalkoff of Gramadoelas: Winners of The Lannice Snyman Lifetime Achievement Award in Association with Paarl Media

In 1967, the South African government passed the Terrorism Act No. 83, Christiaan Barnard carried out the world’s first heart transplant, and Eduan Naude, recently returned from the UK, opened up a small restaurant in a block of flats in Hillbrow. “The only licence we could get at the time was a boarding house license – so the people who lived in the block of flats could eat in the restaurant,” recalls Eduan.

With the help of partner Brian Shalkoff, Eduan grew this tiny restaurant into an institution that lasted almost 50 years. Here’s why the couple were honoured with the 2014 Lannice Snyman Lifetime Achievement Award at the 2014 Eat Out Mercedes-Benz Restaurant Awards.

In those early days in Hillbrow, Eduan and Brian were some of the first restaurateurs to extend their hospitality to all. Their open-door policy attracted many struggle leaders. Eduan recalls being baffled by a request for a birthday dinner for sixty people to take place at 5pm. Years later, he discovered the birthday girl had been under house arrest and needed to be home by nightfall.

The company they kept apparently drew the attention of the apartheid-era authorities. “A caretaker once told me she’d been sworn to secrecy, but that the secret police were watching us to see what kind of dangerous people we were entertaining in our restaurant.”

Nevertheless, Brian and Eduan stuck to their guns.

From their first premises, Gramadoelas moved to Joubert Park, and then to join the Market Theatre in Newtown, where they were invited by manager Mary Slack to provide sustenance to hungry theatregoers. 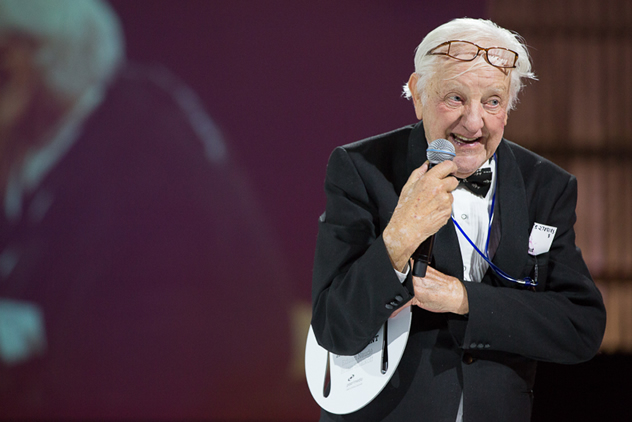 “A visit to Gramadoelas became part of the theatre experience,” says Eat Out reviewer and theatre critic Diane de Beer. “You were welcomed by the jovial pair as if old friends, and it quickly became like a family visit.”

Dishes like bobotie and sosaties were the backbone of a menu that celebrated South African food. Later, morogo (wild spinach), tripe, mopani worms, mogadu, umngqusho (braised beef shin, beans and maize), crocodile meat and venison were added to the menu, along with dishes from Morocco, Nigeria, Ethiopia, Tunisia and Senegal.

This menu was far more significant at the time than many might realise. “They were the first ones during apartheid time to serve African food to the tourists,” says Daniel Leusch, owner of La Madeleine in Pretoria. At a time when everything of African origin was being devalued, this was a tremendous act of defiance.

Many staff who worked with Eduan and Brian stayed for a large part of the journey. Chef Edward Mthembu, for instance, worked with the couple for twenty years, until his retirement.

The food – and tales of the couple’s warm hospitality – drew local and international celebrities.

Eduan’s memories are full of names and faces – of his regulars and friends – many of whom happen to be famous.

“Nadine Gordimer would bring colourful people. As a Nobel Prize laureate, she would bring many other winners of the prize to the restaurant. She was a good friend and a good customer to us,” says Eduan, who attended her funeral in July.

Gramadoelas finally closed in 2013 after the tragic death of Brian, and the Market Theatre’s decision not to renew the restaurant’s lease. Eduan sold the impressive guestbook to a speculator – and the document recently went for R200 000 at auction. The restaurant’s legacy lives on in other ways too.

“I think they were incredibly significant in the food history of South Africa. They were interested in African food before it really had a platform in any other restaurants. In an era when restaurants are becoming increasingly bland, theirs was also very personal. The space was packed with every fantastic thing they’d ever collected – Cape Dutch porcelain, Xhosa gourds. They were also incredibly brave. They could very easily have been arrested and locked up for what they were doing.” – Anna Trapido, food anthropologist

“The first time I met Brian and Eduan it was in Hillbrow in 1976, when I was working at the Three Ships Restaurant at Carlton Hotel. Later, when I worked in a bistro called Piaf Restaurant in Love Day Street opposite the Rain Club, they became my regulars. 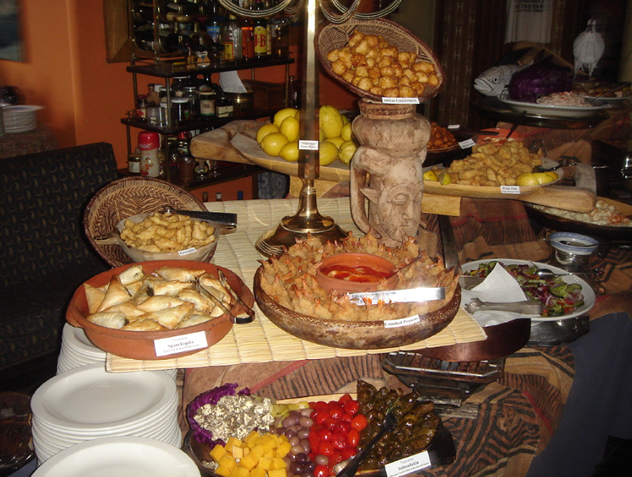 Gramadoelas. Photo courtesy of the restaurant.

I was only 24 years old and they were great moral and financial support to me. I thank them for their kindness, honesty and desire to help young people like me to establish themselves.

A few years later, they used to travel to the state theatre in Pretoria once a month and I used to keep my restaurant open late especially for them. They used to come with dozens of friends after 11 pm to support me for an after-show dinner, as is still customary in Paris.

Until the end of my life I will keep the memories for these two perfect flamboyant gentlemen.” – Daniel Leusch, owner of La Madeleine

“The Paarl Media Group would like to congratulate Eduan Naude on receiving the Lannice Snyman Lifetime Achievement Award. The joint contribution of Eduan Naudé and the late Brian Shalkoff to the culinary arts will always be held in high regard.

Their restaurant was one of the first to provide a platform for traditional South African cuisine and their success has been profound enough to inspire others. The eatery also insisted that people of different races could dine together at a time in history when this was not legally allowed.

We are pleased that they have received this prestigious reward marking their great influence.” – Stephen van der Walt, Paarl Media Group

“After spending almost 50 years living their passion and running this iconic restaurant, Eduan and Brian are every bit deserving of this award. When Gramadoelas closed, we lost an incredible part of local food culture. This award is the industry’s standing ovation to two formidable restaurateurs.” – Abigail Donnelly, Chief judge of the 2014 Eat Out Mercedes-Benz Restaurant Awards.