How the VAT increase will affect restaurants

For the first time in democratic South Africa’s history, value-added tax (VAT) has been raised from 14% to 15%. The reported reason for the increase is a reported R42.8-billion budget loss last year as a result of SARS unsuccessfully hitting its tax collection targets. Finance minister Malusi Gigaba made the difficult decision to increase VAT as part of a larger plan to generate an additional R36 billion for the country. It’s expected that within a year the government will be able to recuperate nearly R30 billion as a result of the VAT increase. The hope is that, with this extra money, the government will be able to reinvest in South Africa’s economy and job creation, as well as work towards the long-lasting alleviation of poverty. While these changes are of course exciting, it does affect nearly every facet of our lives, from petrol pricing to bank charges. We set out to find what this will mean for the restaurant industry behind the scenes and for wallet-watching consumers. 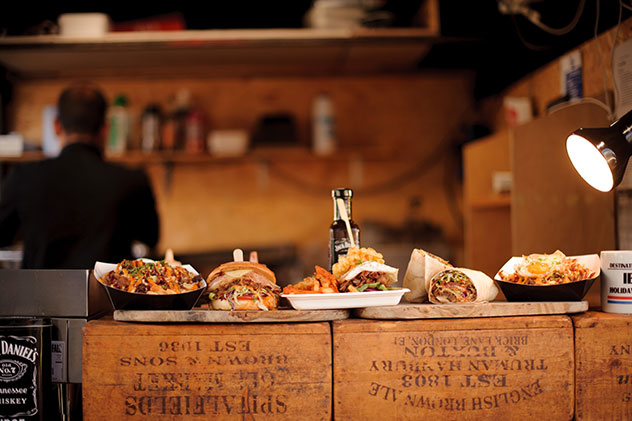 How will with the VAT hike affect the dining public? Photo by Paula Vermeulen via Unsplash.

What does this mean for your grocery basket?

You’ve likely already noticed the increased price of nearly everything, creating random cent amounts on items that used to be rounded off. In essence, things now cost more. It’s been estimated that a basic 28-item shopping basket will now cost over R800. While there are 19 zero-rated VAT food items – these include maize, brown bread, rice, fruit and vegetables – the reality is that there isn’t a way to avoid paying more. Water, electricity and petrol are all liable for tax, so even those who buy the zero-tax items will be using taxed commodities to shop, prepare and cook these products. 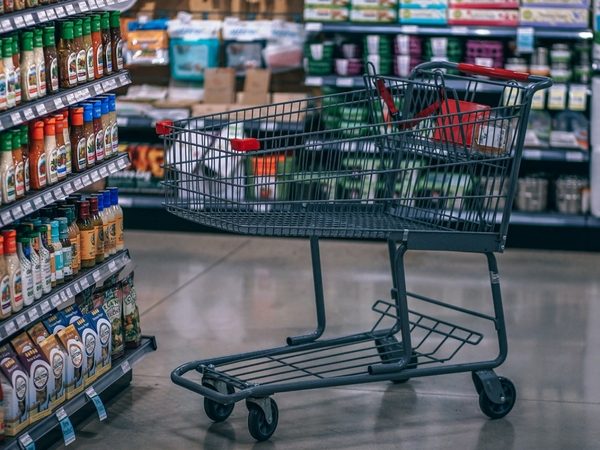 Groceries will, unfortunately, cost a lot more from now on. Photo by Igor Ovsyannykov via Unsplash

We chatted to several restaurant owners and suppliers and found a general feeling of uncertainty. Andrew Nel, head of operations at Frankie Fenner Meat Merchants, explains: “The increase has demanded a lot of prep and work on the backend. This is the first increase in 25 years so, as you could imagine, there were no systems in place to deal with a changing VAT rate. Our point of sales’ tax calculations had to be reprogrammed and deployed for the first of April, but we are still trying to resolve some issues.”

Most restaurants will likely have to raise their prices. Geoff Noble from Durban’s Colombo Coffee confirms this: “We are a small business so we have had to raise our prices. We were due a price general increase in our café so we incorporated the new 15% VAT rate into our scheduled price increase.” 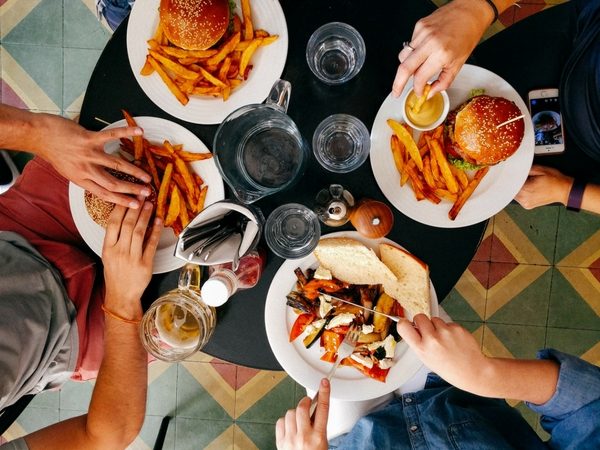 Eating out is even more of a luxury than it previously was. Photo: Dan Gold

Others are choosing to absorb the cost for now, but might be forced to raise prices eventually. Colette Robert of The General Store told us that while she hasn’t increased her prices as a result of the VAT increase, it is something that she might have to consider soon, simply because her suppliers have put their prices up. “Unfortunately, we’re running businesses; there is only so much we can do to weather this,” she says. Ari Shapiro of Dukes Burgers in Joburg has similar feedback: “We’re going to absorb the VAT increase initially, and any price increases will be done gradually over time.”

It’s also worth noting that the process of pricing menus is quite a complex one. It’s not as simple as just increasing the price of every plate of food by 1%, and some menu prices might change while others could remain the same. Wesley Randles of The Shortmarket Club reminds us that most restaurants will balance pricing so that the food cost of each dish is no more than 33% of the price you find on the menu. “I do a food cost control every day, so that I maintain control over costs. If I need to adjust prices here and there, I do so accordingly.”

How will it affect alcohol?

As with the increase in the rest of your groceries, you’ll notice your alcohol will cost a little more. Sin tax is the tax applied to alcohol and tobacco products and has increased with the VAT. Gigaba announced that, depending on the alcohol, you could be paying between 6% and 10% more. It’s expected that a one-litre bottle of wine will cost 30 cents more and a bottle of sparkling wine will cost an extra 97 cents. Spirits are likely to increase by R4.80 for a 750ml bottle and beer will increase by about 14 cents per 340ml can. Hopefully this increase will feel like a reasonably small adjustment. David Cope, winemaker and owner of Publik bar and distributions, says, “It’s a small increase in wine prices in the trade, which then transfers to a small increase at retail and bars too. It’s more an administrative headache to change pricing on our end.” 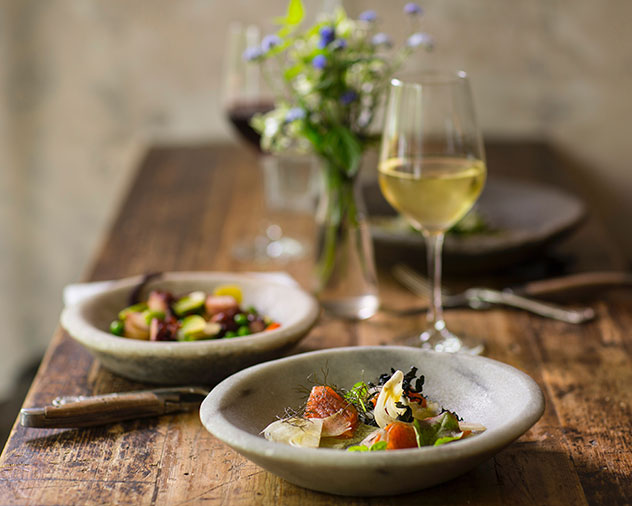 Wine prices are also set to go up thanks to a drought in the Western Cape. Photo by Stefan Johnson on Unsplash.

Another thing to keep in mind about sin tax is that it increases nearly annually. In the same way that the aim of the sugar tax is to discourage the drinking of sugary drinks, the sin tax is aimed at reducing alcohol consumption. While you’ll definitely feel the pinch of this increase, it is something that happens fairly often.

At this stage, it’s difficult to tell. Colombo’s Geoff Noble reckons that small businesses should be fine, especially if their client base is made up of people with a high standard living measure (LSM). “If their target markets are high LSMs then I think they will be ok. Having said that, I doubt anyone is going to go out of business due to a 1% VAT increase.” David Cope had similar sentiments when asked how he thought small businesses would be affected: “[There will be] administrative headaches, grumbling and annoyance for a few months, and then pretty soon everyone will forget we were once on 14% VAT at all.” 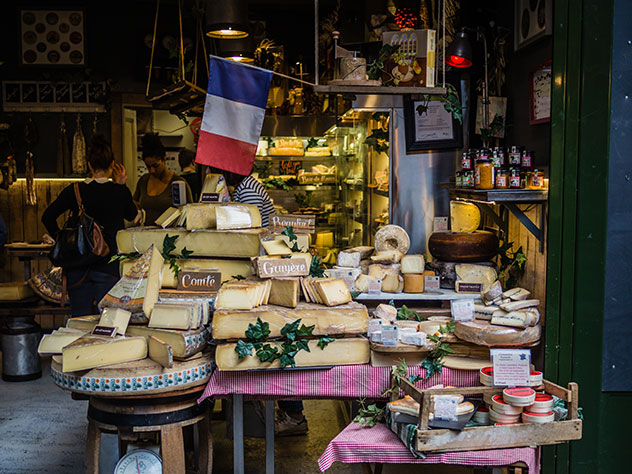 In France, luxury goods are subject to a different tax level. Photo by Darren Coleshill via Unsplash.

The effect on the poor and on the economy is more difficult to guage. Robert Baxa of Les Delices de France in Gauteng reckons that the increase will put pressure on the economy, as well as the poorer members of the country. In his native country France, there is a dual tax system in place. This means that luxury items are taxed at a higher rate (anywhere between 20% and 30%) and restaurant food items are taxed at a lower 10%. This system might also make sense for a young country like South Africa, which is made up of an economy with many small businesses. Baxa says that despite suppliers putting their prices up, he’s going to try carrying on with his prices as is, in an attempt to stabilise. However, with food prices climbing, the increase is putting pressure on the industry already. “The effect of this increase is going to be much more than just 1%, and it’s unlikely that we’ll see wealth-creation for a while.”

We’re only a week into the new VAT rate so it’s probably too early to tell, but some things are clear. Once businesses have adjusted their operating systems, the slight increases they’re forced to make will be relatively small. The people who will be affected most will be poorer members of society. For those with disposable income to eat and drink out, the increase in prices should be fairly minimal. While an increase is of course not ideal for anyone, it’s important to be patient with restaurants and bars as they adjust to this change. It’s also reassuring to know that smaller businesses, the ones that give our cities life and soul, should be able to weather this storm.