Everything you need to know about Gordon Ramsay’s new show

He’s not barking insults at contestants, revamping restaurants or racking up Michelin Stars. In the brand new National Geographic (DStv channel 181) series, Gordon Ramsay: Uncharted, the straight-talking chef travels to six destinations to learn as much as he can about food from the locals. Along the way, the adrenalin junkie also happens to partake in some heart-stopping adventures.

“I suppose the more successful I become, the more I want to strip back,” says Gordon. “I’m always willing to learn; I want to expand on my repertoire. I still need to feel that vulnerability and touch base with that insecurity of what I don’t know.” 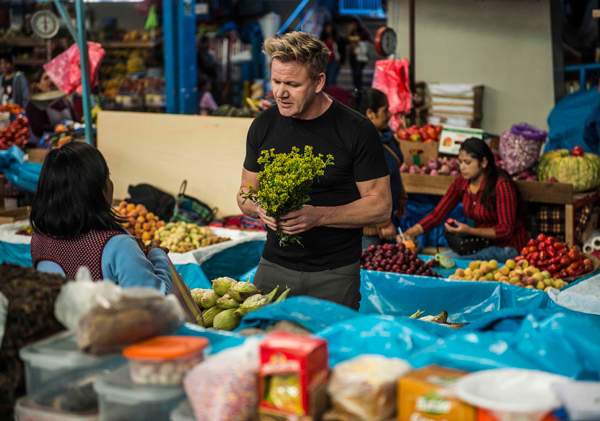 The series sees him travel to New Zealand, Peru, Morocco, Laos, Hawaii and Alaska, where he connects with rising young chefs in each location who teach him about their cuisine before sending him off on an adventure. Thereafter, he must cook a feast for the locals at what’s called the Big Cook, to see if he’s managed to grasp the intricacies of their dishes. He doesn’t always get it right – in Peru, for example, the farmers are adamant about an alpaca heart being undercooked.

We got the scoop on what each episode holds:

In the South of New Zealand, Gordon forages for ingredients in a forest and learns about Maori influences on the food. He learns how to catch eels with his hands and goes diving for pāua (abalone). 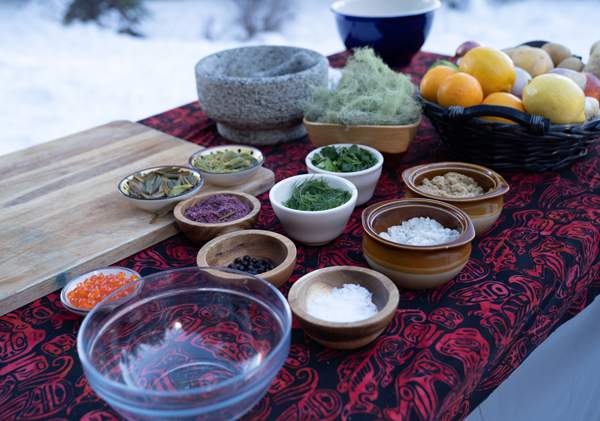 Some of the ingredients Gordon uses in Alaska. Photo supplied.

Gordon goes on a motorbike trip through the Sacred Valley to discover the tricks of cooking at high altitude, before scaling a cliff face to find a rare herb. He also samples guinea pig and fried worms. 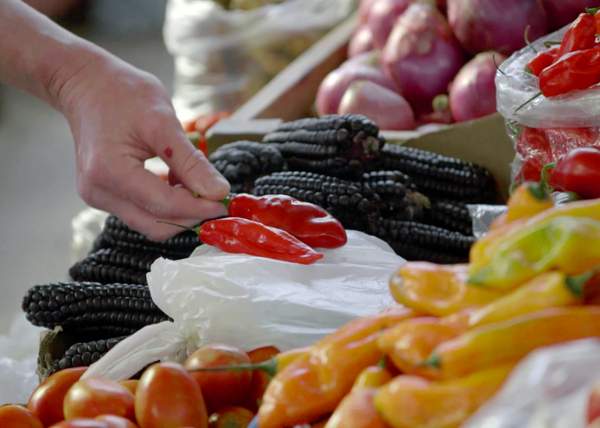 The Mountains of Morocco

The food secrets of the Amazighs (Berbers) are shared with Gordon. Watch him rappel alongside a waterfall then find the perfect mushroom and, later, milk a camel. 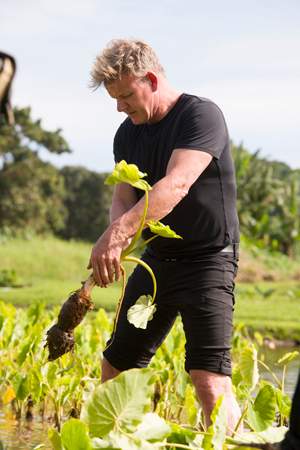 Gordon discovers the role that the ‘canoe plants’ – kava, sweet potato, coconut, banana and taro – play in the cuisine of the islands, and goes spearfishing with a legendary free-diver.

The Mighty Mekong of Laos

The Mekong river is the centre of food staples for the people of Laos, and it’s not just for the fish. Gordon goes whitewater kayaking and gets a lesson on the frogs, snails and insects that form part of the local cuisine.

America’s last frontier throws an almighty challenge at the Michelin-star chef – he must dangle from an 18-metre rock pillar to find the ultimate ingredients. He also finds out how to cook seal with a native Tlingit elder.

Ramsay has high expectations for the show. “I’d like people to get a sense of adventure on their doorstep,” he says. “It takes me back to the beginning of my journey. It’s rare that I get to reconnect with that experience – the depth and the soul-searching vulnerability.”