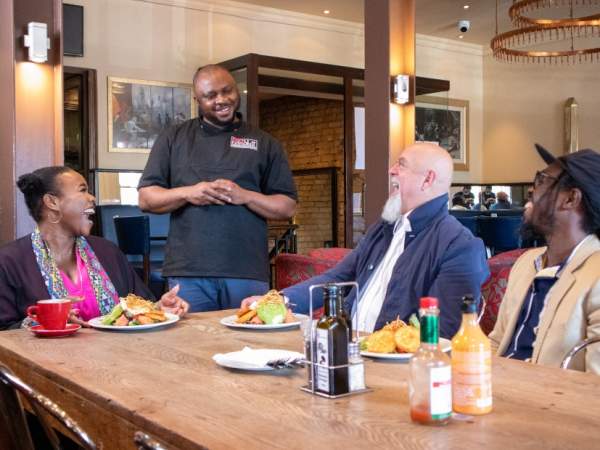 Brought to you by McCain Foodservice Solutions

Located in the heart of Green Point in Cape Town, Cafe Extrablatt has been named a winner in the prestigious McCain Foodservcies Dishruption challenge, securing a restaurant support package.

The #Dishruptionchallenge is an initiative aimed at providing much-needed support to the local restaurant industry with financial booster support after the devastating impacts of the pandemic.

German-inspired at its core

With a German background, the founders were inspired to recreate a popular German franchise in the bustling Mother City. Cafe Extrablatt officially opened in 2011.

“Cafe Extrablatt is quite a big chain in Germany. Here, we are an individual player with a cosmopolitan offering and some German dishes because our background is German. We are located in Green Point, opposite the stadium,” explain the owners.

With the slogan of “Das gewisse Extra” (meaning “That extra extra”), the restaurant stays true to its name, offering a range of dishes and an interior feel that caters to a wide number of customers, from coffee and tea with loved ones to cocktails with friends.

Cafe dining with a twist

Hailing from Zimbabwe and an avid traveller, Chef Robert C Watinaye heads the kitchen at Cafe Extrablatt. With exposure to a number of cultures and cuisines across the globe, Chef Robert is able to whip up a wide range of flavours.

“The taste is what inspires me most. In the art of cooking, the first bite has the ability to transport us to another time and place,” says Chef Robert.

True to its roots, the restaurant offers a range of gourmet and traditional German dishes including “Schweinehaxe mit Sauerkraut and Bratkartoffeln”, a dish prepared with roasted pork, fried potato and sauerkraut. 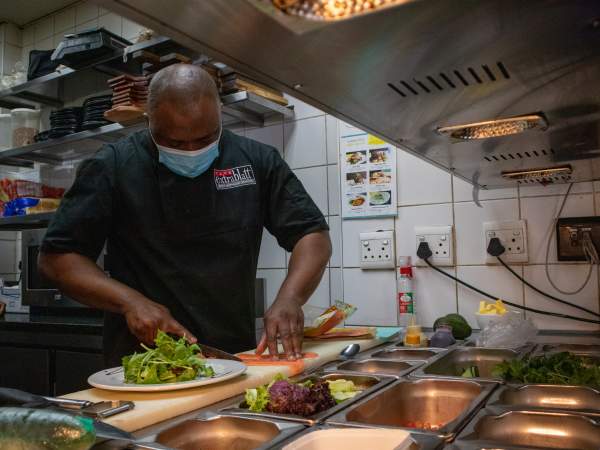 Cafe Extrablatt offers both breakfast, lunch and dinner and caters to both vegans and vegetarians. 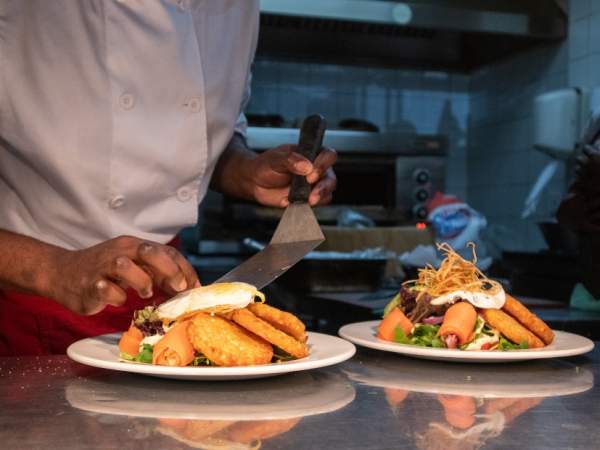 “Our friendly rep reminded me of the competition when he saw me eating the dish we then entered. Hash browns or roestie are very popular in Germany and surrounds, and we had once a whole menu section of different dishes like this in Germany on our menu, which made me decide to try several here as well.”

Cafe Extrablatt plans to use the awesome prize towards improving the restaurant and financial support for the staff.

Read more about the Dishruption challenge and winners here.