Glorious food in a dive bar: we review Lefty’s in Harrington Street 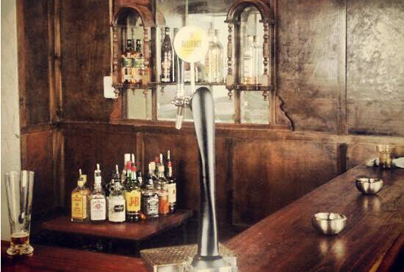 Watch out Power and the Glory and Clarke’s: there’s a new sheriff in town. Located in grungy Harrington Street, just down the road from Assembly, Lefty’s had all the credentials to become just another hipster drinking hole, but has fast been gaining a reputation for its food.

“We are inspired by ‘dude’ food, street food and all-round pub- and booze-inspired fare,” explains co-creator Ryan McDonagh. (Obs locals will remember Ryan from Hello Sailor; in this venture he’s partnered with Jan Davids, owner of Marvel on Long Street). Katharine Jacobs ventures forth to find out what all the fuss is about.

This is ‘drunk’ food par excellence. A changing blackboard menu features Southern comfort dishes such as sticky baby back pork ribs, a pulled pork ‘sammich’, smoked pork tacos, coffee barbecue beef brisket, and meaty burgers topped with oozing cheddar and served with matchstick fries. The chicken waffle with tender fried chicken, maple syrup and bacon probably stands out most to the first-time diner – it’s pretty good and less sickly than you’d imagine – but it’s the tender, sticky ribs to which I’d attribute the highest honour in the ‘dude’ food category: they are just damn delicious. (I’d be tempted to use stronger language, but this is a family-friendly site.) 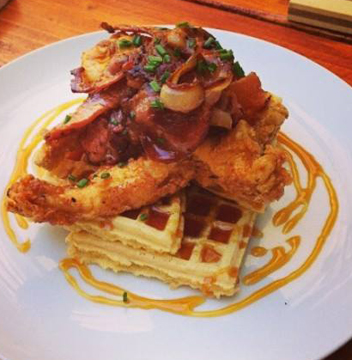 There are generally a couple of options for vegetarians, such as dhal bunny chow or the delicious beetroot and cucumber falafels (good enough to tempt meat lovers, too), plus one dessert option, such as a New York cheesecake.

The restaurant takes its name from an eighties computer game called Leisure Suit Larry, in which a balding, synthetic suit-clad character tries his luck with beautiful women. The image of Larry in his dowdy leisure suit pretty much captures the atmosphere here. Comprising several interleading rooms, the space calls to mind an abandoned home – well, if that home were a squat. Low-rent furniture (of the melamine-with-stainless-steel-edges persuasion) fills out the interior in a haphazard kind of way, while black walls make everything appear slightly grimy. An outdoor courtyard offers a slightly quieter dining option away from the din inside – if you don’t mind the razor wire around the walls or the occasionally dripping pipe above. It’s the shiny and new open-plan kitchen, though, that gives the game away: this no dive bar. Or rather, it is a dive bar, but with some pretty outstanding food.

The waitrons are rushed off their feet serving the sprawling dining area. But once you’ve managed to get their attention, the food is pretty swift in arriving, and they’re so apologetic about the wait, it’s hard not to love them.

A new bar area opened recently, which will hopefully reduce the congestion. There’s Alliance Amber Ale on tap, plus all the usual suspects on offer. 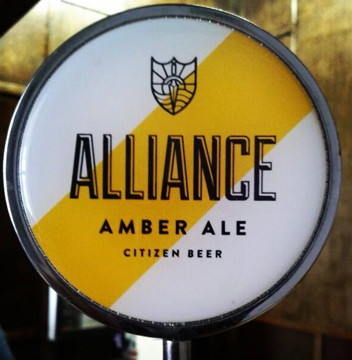 “You didn’t tell me how amazing it was!” our editor Abigail chastises me, returning from a meal there. This really is gloriously delicious food, made all the more so, perhaps, because it’s so unexpected. The downtown location, the décor and the low prices (all the dishes on the menu range from R50 to R60) are suggestive of far inferior flavours. But despite the busy bar buzz, the majority of the patrons seem to be there for the food. It’s just too delicious to say no.