Melville has always been a refuge of the eccentric – home to artists, musicians and general bohemians for decades. Lately, new restaurants and shops have been opening up almost every month in the suburb. One of them, Hell’s Kitchen, has bright red neon sign that reads “be naked when I get home”. But underpinning the neighbourhood’s gritty, slightly lurid aesthetic is a dedication to solidly good food and a growing culture of designer dive bars.

The next addition to the neighbourhood will be La Santa Muerte, headed up by Malcolm Hozack, Jono Kirby and Dominic Peterson, the same team behind Hell’s Kitchen. It’s named after the patron saint of death that has been appropriated in Mexican and Spanish pop culture as the patron saint of outcasts and misfits.

When asked about this new concept, the team said, “We’re in love with Melville and want to continue breathing new life into it. La Santa Muerte will be another home for us here.”

Their take on the cuisine will be “boorish Mexican street food with flair; a play on the lines between urban and rural, common and classic.”

La Santa Muerte will open on 29 November 2015 on 7th Street, alongside its sister restaurant, Hell’s Kitchen. 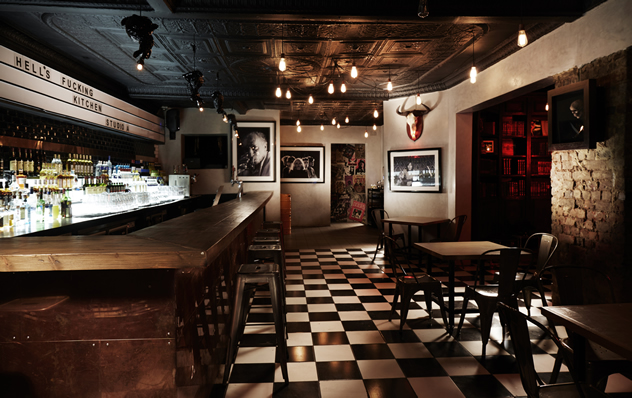 The bar at Hell’s Kitchen. Photo courtesy of the restaurant.