The 2014 Eat Out Magazine, which features a power list of the 500 top-rated restaurants in the country, offers the following opening sentence on Cape Town stalwart, Mano’s: “A very popular spot in Green Point with great, consistent food and service.” Uncomplicated and to the point, it reads like a one-liner definition of success in the restaurant industry. 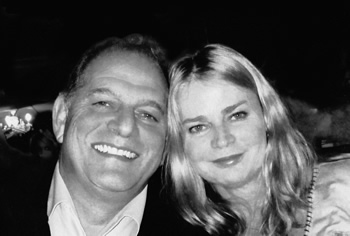 When the Eat Out team discussed profiling a successful restaurateur who’s been in the game for a few decades and knows the ropes, Mano Coulentianos, the personality behind the Mano’s brand, instantly sprang to mind. As a passionate, ambitious and hard-working young man, Mano moved from Johannesburg (where the original Mano’s had opened) to Cape Town in 1986. Ten years later, the restaurant’s new incarnation opened its doors in Green Point.

Mano looked for the perfect spot to locate his beloved restaurant, and it’s grown into the distinguished neighbourhood spot it is today, on the now-bustling Main Road strip. “We try and keep people happy and have a pleasant vibe in the restaurant,” Mano explains. The ambience and décor can lend itself to many occasions and tastes; in fact, there are sometimes three different generations of one family seated in the restaurant.

At Mano’s it’s a source of pride to keep things uncomplicated and make patrons feel comfortable. “We don’t change the menu and we have a specials menu that changes daily where customers can try new dishes,” he says. This goes a long way: a paper recently published by the Restaurant Association of South Africa (RASA) on ideas for menus suggests that “business-savvy restaurateurs know that the menu is one of the most important components for establishing and maintaining a profitable flow of customers.” Mano tells us that the restaurant sees some regular customers eating there three or four times a week. Clearly, the strategy is working.

Together with Julie Topat, Mano opened Mano a Mano as a sister restaurant to Mano’s in 2012. At this venue, Julie, Mano and the team emphasise approachability and making a big fuss over children. “We have become good friends with some of the customers; this is their home away from home.” But striking the right balance between offering great service and consistently tasty food is the winning formula. As Julie explains, “Customers won’t return to your restaurant if you have the one without the other.” 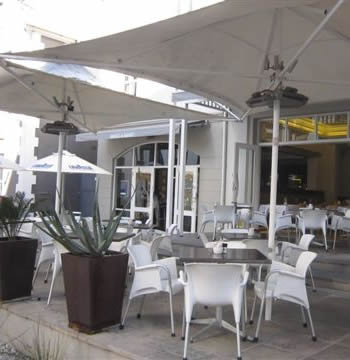 As much as customer service plays a big role in encouraging repeat business, success also relies heavily on the good work ethic and low turnover of staff. “We work hard to make the level of service for everyone comfortable,” says Mano. “Our barman has been with us for eighteen years and, if you’re a regular, your drink will be waiting for you as you sit down.” Mano insists that his waiting staff are skilled in paying close attention to detail and communicating well.

Every business comes with its challenges; in the restaurant industry, it ranges from stock control to minimising the waiting time for orders from the kitchen. One of Mano’s biggest challenges is keeping suppliers’ prices down. In the face of declining profitability, it’s even more important to keep the restaurant full, he says.

It takes dedication and drive to flourish in the restaurant industry. Mano chalks up his achievements to the fact that he’s comfortable with who he is and what he does. “I was born with an air of confidence and I hope that it rubs off on my staff,” he says. “I tackle complaints head-on and see that problems are resolved then and there.”

It’s become rare to hear of success stories this many years in the making, but Mano insists that as long as you have passion it’s worth it in the long run: “When I started out I could have focused more on making more money, but I’m happy because I love what I’m doing.”