Join Eat Out for our first-ever food festival 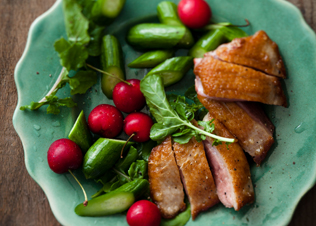 For the first time ever, the Eat Out DStv Food Network Produce Awards will be accompanied by a two-day food festival.

Taking place at the Biscuit Mill in Woodstock, Cape Town, on Friday 15 March and Saturday 16 March 2013, the Eat Out DStv Food Network Festival will encompass the Produce Awards, a night and day market, pop-up picnics, and market-to-table dinner, prepared by some of the country’s top chefs.

On Friday evening, the winners of Eat Out DStv Food Network Produce Awards will be announced during a night market. Stands at the night market will be run by this year’s finalists and winners, showcasing the best of South Africa’s fresh produce. The awards and market will be open to the public from 5pm to 9pm, and entry is free of charge.

The pop-up picnic, sponsored by Knorr whatsfordinner, will be the first of its kind, whereby well-known food personalties like Abigail Donnelly and Jenny Morris will curate picnics, using only ingredients from the Produce Awards winners’ and finalists’ stands at the night market. Market-goers will be able to buy a picnic hamper and shopping list, guiding them to buy ingredients for picnic recipes. Whatsfordinner’s chefs will be preparing tasters from three of these picnics at the Whatsfordinner pop-up kitchen.

On Saturday, a special section of the Neighbourgoods Market will be dedicated to the Eat Out DStv Food Network Produce Awards winners. Saturday’s market will run from 9am to 2pm and entrance is also free.

On Saturday evening, some of South Africa’s top chefs, including Annemarie Steenkamp of Burrata, Neil Jewell of Bread & Wine, Luke Dale-Roberts of The Test Kitchen, Michael Cooke of La Colombe, Charlene Pretorius of The Kitchen at Weylandts, Fritz Schoon of De Oude Bank Bakkerij, and Tanja Kruger of Makaron, will prepare a unique interactive market-to-table dinner, sponsored by Woolworths. (Tickets for this dinner have sold out.)