If, like us, you have a small addiction to Kloof Street’s magnificent ice cream store, Unframed Ice Cream, we have some good news: Owner Yann Rey and his team have just opened up a second store at the V&A Market on the Wharf. 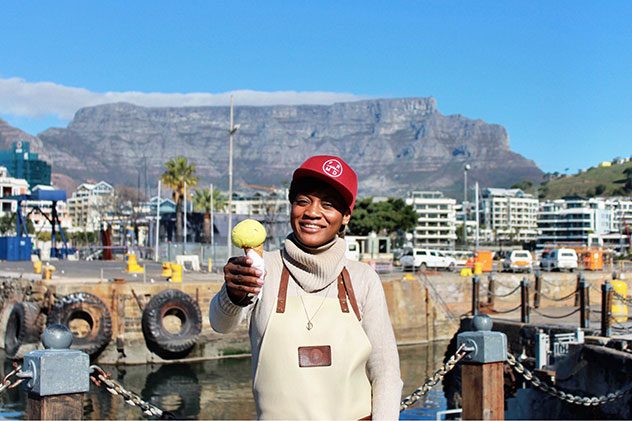 Frenchman Yann opened Unframed last year, determined to make the most insanely delicious frozen treats South Africans had ever tasted. We quickly fell for his next-level scoops of salted chocolate, creamy peanut butter and coffee ice cream – as well as his surprisingly creamy vegan versions. Now we’ll also be able to get our fix after shopping at the Waterfront.

The new store, which opened softly on Thursday, is inside the V&A Market, next to Nobel Square, conveniently located right at the main entrance opposite the Knysna Oyster Company. 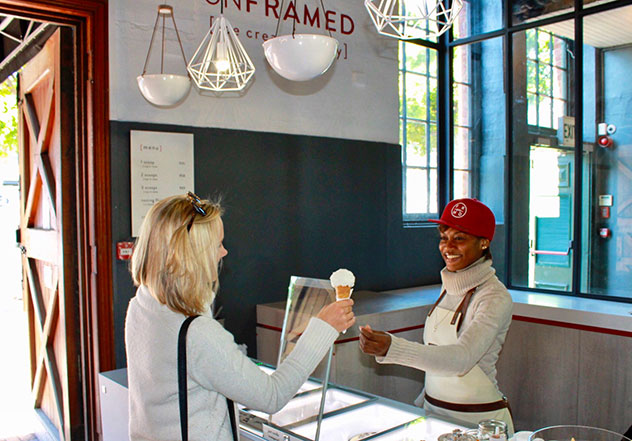 The new store is located at the entrance facing onto Nobel Square. Photo supplied.

“The Food Market at the V&A Waterfront was one of the first places I visited when I moved to Cape Town two years ago,” says Yann. “It’s a wonderful destination for newcomers to the city who want to pop in for locally produced foods and artisanal goods while walking along the scenic waterfront. We’re excited to be a part of a wave of renovations happening inside the market.”

Starting 1 September, Unframed will be unveiling one new flavour per week. Yann is keeping quiet on those for now, but he does reveal two that have already tested in the Kloof Street location: Dirty Banana, a vegan blend of banana, chocolate swirls, and cashew nuts; and Lusty Coconut, a vegan flavour with fresh mint and blackcurrant swirls.

Also coming up is healthier ice cream. “We spent the past six months experimenting with our vegan flavours to reduce overall sugar and fat content, while achieving the same great taste of our dairy flavours,” he explains.

Yann says he’ll give the first 20 visitors who mention Eat Out a free scoop at the new store. (Does that apply to Eat Out staff too?)

Unframed at the V&A Market on the Wharf is open daily from 10am to 7pm. (Times will change in summer.)