The lazy cook: Confessions of a new mother 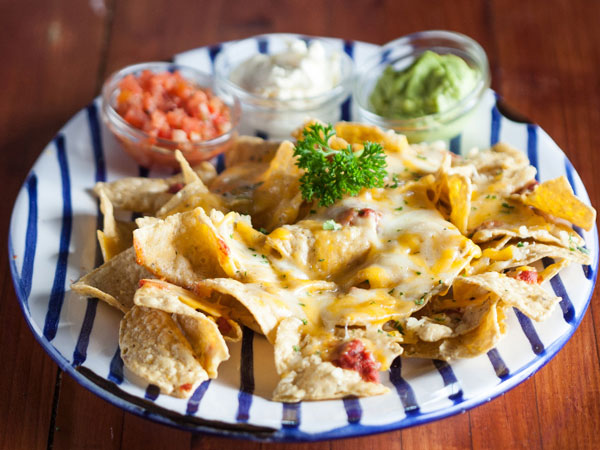 People always assume that working at Eat Out comes with a lot of, uhm, eating out. Well, it does and it doesn’t. A lot of eating certainly takes place, at the office, at home, at markets and at restaurants. There are also many people eating out on behalf of Eat Out – we have scores of obliging reviewers across the country – but I myself don’t get to do that much of it.

Especially since that fateful day five months ago. Make that five months, three weeks and six days ago. That was the last time I had an incredible restaurant meal without being sleep deprived or covered in – if I was lucky – drool.

(Said meal at The Pot Luck Club was amazing, however. It’s the kind of place where you’d want to have your final meal.)

The Pot Luck Club. Photo courtesy of the restaurant.

You see, our little family of two became three shortly after that heavenly meal. And then all hell broke lose.

As a proud food nerd and eager eater, the adjustment to motherhood has, in some respects, been far more difficult than I anticipated. Whereas I was warned about aforementioned sleep deprivation (and a few other unmentionables), not for one moment did I think my eating habits would suffer so much because of one tiny human. I could cope with wearing pyjamas all day long or taking 30-second showers, but not having proper meals was, frankly, devastating. 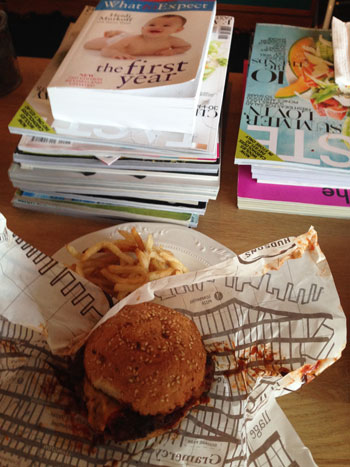 My beloved and I have always been keen cooks, and have generally spent more time in our own kitchen as opposed to eating the creations of someone else’s. Even then it wasn’t just sommer quick-and-easy one-pot meals. It would be well thought-out dinners with carefully selected ingredients. We’d happily cook for two what others would only whip out to impress guests.

But along came our beautiful, precious baby girl… and out the kitchen window went all good food habits.

Dinner turned into grab-and-go affairs. Whatever was in the fridge. Takeaways. Woolworths ready-made meals. Lovingly delivered home-cooked casseroles from family. Not that the latter two are bad food habits; it’s just not nearly as gratifying to hear the ping of the microwave when it could have been the blitz of the blender or the sizzle of a pan-griddled steak.

But at least we ate. Sometimes we even cooked (potatoes to go with a store-bought rotisserie chicken).

And, as the weeks passed and we started to feel a bit more comfortable with parenthood, we moved past the boiling of potatoes and prepared a few other things. Some of our old favourites; stuff that demanded proper shopping.

We even got round to inviting people over for dinner, infant soundly asleep and table beautifully set. Occasionally we even had date nights at actual restaurants (first-time grandmothers make fantastic babysitters).

But now and then we’ll still get a curveball – an unsettled child, a busy day at work, a missed shopping trip – and we’ll fall back to takeaways. (Fortunately we live on the lovely Kloof Street, and proper options abound. Da Vinci’s and Hudson’s are currently on speed dial.) 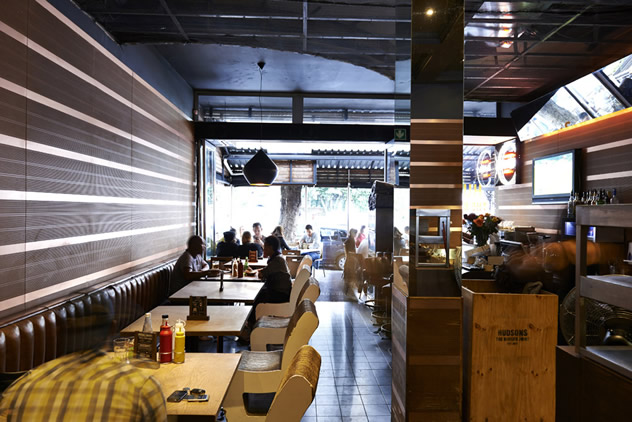 Hudson’s on Kloof. Photo courtesy of the restaurant.

The low point, however, has to be a toss up between week two post-birth – when breastfeeding was done two-hourly and adult feeding happened standing up – and just last week. The former dinner consisted of a banana, the latter of a frozen yoghurt popsicle. (Woolworths sells these incredible toffee frozen yoghurt affairs, covered in delectable white chocolate.)

Both were sad suppers, but both completely acceptable at the time. (Enjoyable too, if I’m honest.) When fatigue and frustration are reigning, plate-less meals are definitely the way to go. Especially if you can lick it – sometimes even biting is too much effort.

I know I’m not the first parent to have suffered, and I shan’t be the last. Nor should I overlook the fact that real hunger is a threat to much of the world’s population. But as representative of a brand that celebrates fantastic food, I thought I had to share. Eat Out is not all tricks and thrills and tasting menus. Sometimes, it’s just food on a stick.