Mangata: The Restaurant at the End of the Universe 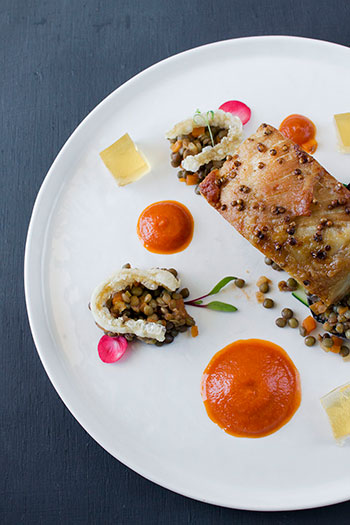 The rest of South Africa doesn’t really like Cape Town.

“Look at these rich people in their ivory towers,” moan the Joburgers as they sun their glutes in Clifton and Camps Bay before going back to their gated communities in Sandhurst and the boomed streets of Dunkeld.

“They are so cliquey,” wail the same Durbanites who’d slander their own neighbours for using Southern Indian spices in a bunny chow.

“It’s tit, hey,” gargle the clutchplates from the East Rand. (Or is that a compliment? I never can tell.)

Yes, Cape Town has a bad reputation in South Africa – but Capetonians have their own ironic prejudices against a pretty little enclave surrounded by mountains and populated by a lucky few who don’t have to do any real work to make a living. Capetonians abhor Simonstown.

Simonstown is the Cape Town of Cape Town.

“Look at these bloody hermits,” hiss the Higgovillains as they cycle back to their precious crevice below Table Mountain.

“Is that the place near Gordon’s Bay?!” yell the Bloubergers, as if over a wind.

“Who the hell opens a proper restaurant in Simonstown?” I sneer as our Uber rounded the hotbed of relaxed fisherpersons that is Glencairn.

I’d never really had a good experience eating in Simonstown because of Hillary’s Law (named after Sir Edmund), which states that the standard of service at any restaurant is inversely proportional to the quality of its view. 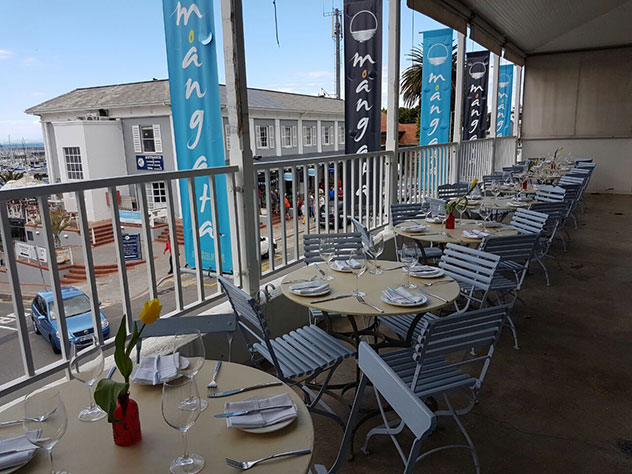 Mangata is on the main road rather than the marina, but its balcony does overlook the bay, and at night you can see the lights of Kalk Bay hippie-dancing on the water. But here is a restaurant that purports to serve excellent food despite the view – food good enough to attract actual Capetonians to this restaurant at the end of the universe.

Michele and I had managed to convince Lynda and Darren to split the Uber fare with us, so I am relieved that Lynda’s first impression of the place is good. Mangata’s paintings and furniture, its splashes of colour and modern touches are more a playful homage to Simonstown’s stubborn oldness than an attempt to appropriate or tease it. Mangata is comfortable in its skin, and that sets us at ease. 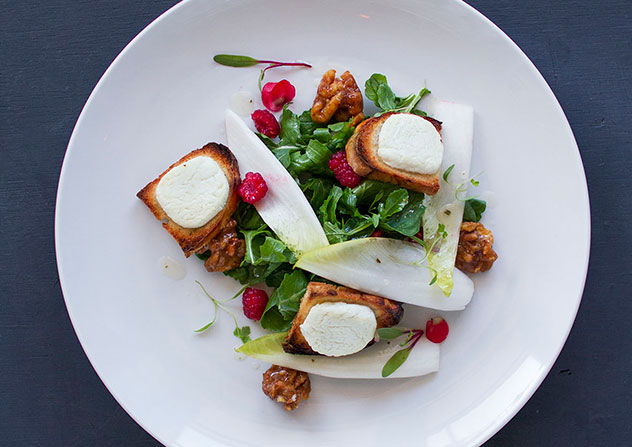 To our left is a family that looks too functional to be related by blood, and behind them, a couple on a non-Tinder date. Everyone looks too well dressed to be from Simonstown. Darren and Lynda, incidentally, are one of those couples who are astronomically stylish. Darren and I are both wearing black shirts. Darren’s black shirt makes him look like Al Pacino in Heat; my black shirt makes me look like a creepy stepfather from Twin Peaks.

We order five starters among the four of us, and drain a bottle that Darren has brought along: a Cloof Duckitt red blend with more award labels than a Lauren Beukes novel. 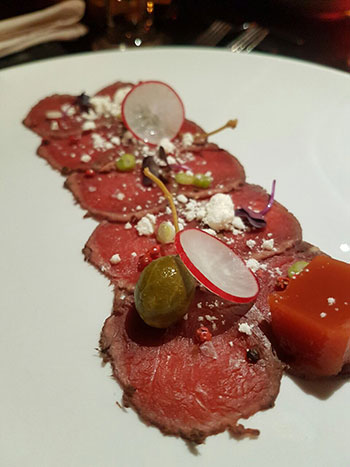 So then, the starters. The ostrich carpaccio does not come with the familiar sour drizzle, but does have a sprinkling of horseradish ‘snow’ and slab of Bloody Mary jelly that performs a tasty little tango. The pork neck bonbons are served with a smoky sauce that evokes David Bowie’s subterranean Berlin period, but they are served on a slate tile rather than a plate, which causes a vein in Darren’s forehead to throb.

For me the highlight of the starters – if not the entire meal – is the wild-mushroom bruschetta, which rivals The Cousins’s mushroom tagliolini as the most fung-tastic dish I’ve ever eaten.

These are definitely starters worth driving all the way to Simonstown for. But I’m not sure yet if my companions feel the same way.

“Did you know that there isn’t a single supermarket in the whole of Simonstown?” I crow. “The nearest Spar is in Glencairn!” 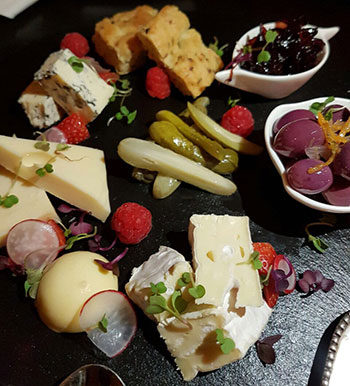 The cheese board. Photo by Ami’s friend, Lynda.

We’d spent a weekend in Simonstown a few weeks before so I now consider myself an expert on the place and its people, and assume that everyone in the city shares my disdain for this overly quaint Shangri Bah.

“It’s actually a shorter drive than to the Pick n Pay from our house,” says Michele.

“I think my dad’s uncle owned a piece of land somewhere around here,” says Darren.

I chug my wine. We live in a time when our prejudices are under extreme scrutiny – a consequence of primitive minds colliding on magical technologies. Experts tell us that when these prejudices are exposed we should stop and take a moment to examine them with the utmost humility.

I sulk over this as the main course arrives. Darren and I had agreed to share the beef fillet and duck breast. Michele is going through a weird semi-vegetarian phase ever since she read Margaret Atwood’s Oryx and Crake trilogy, so she goes for the calamari. And Lynda “feels like a pasta” so orders a simple homemade fettucine with bacon. (This constitutes enough of a deviation from the menu for the waiter to warn us that he’d have to run it by the chef first, which is always a good sign.) 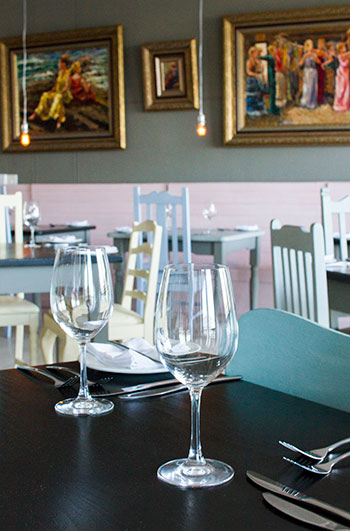 Darren points out that the fillet is a bit more medium than rare, but I reckon the little bit of cholesterol heaven I find in the marrow bone and the garlic purée makes up for it. The duck is fabulous. “There’s a citrusy thing that lifts it,” says Darren. Totally.

The night culminates in a third bottle of wine (we aren’t going to let an Uber fare go to waste) and a yoghurt panna cotta. By 10.10pm we are the only people left in the restaurant, so we drag ourselves away.

Creative dishes, fresh ingredients, service that’s confident but warm, and sauces that are full of wisdom and meaning. There’s also something special about the lighting. Mangata is a top-notch restaurant that deserves to thrive.

Even if it is in Simonstown.