Fantasy and illusion at The Shortmarket Club

In the eleventh installment of his Forked Tongue column, Ami Kapilevich weighs up expectations and realities at The Shortmarket Club.

The first thing that most people mention about The Shortmarket Club is how wonderful it looks – and for good reason. From the entrance hall, where a timeless red-and-black bar overlooks a prominent pass, an intricately panelled glass doorway leads onto the main dining area that is flanked by rounded booths with lowered brass lighting. There’s a huge butterfly motif on the far wall. 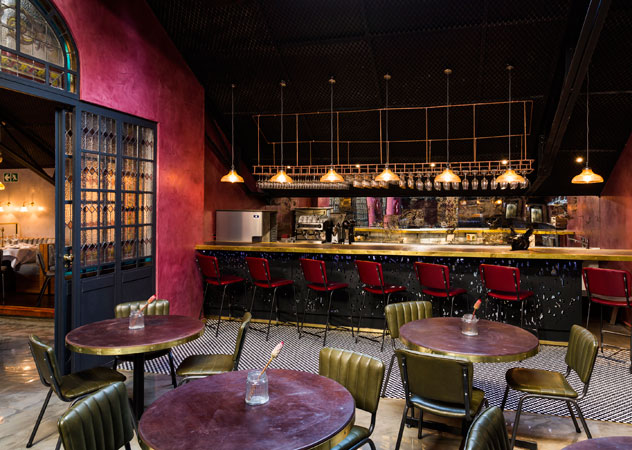 The bar area at The Shortmarket Club. Photo supplied.

“I feel like I’ve walked onto the set of The Great Gatsby,” says Celeste.

I know exactly what she means. I have been transported into that part of a Martin Scorsese film where all the hoodlums are treating their wives to a classy dinner with all the money they’re suddenly making. Just before everything goes horribly wrong. 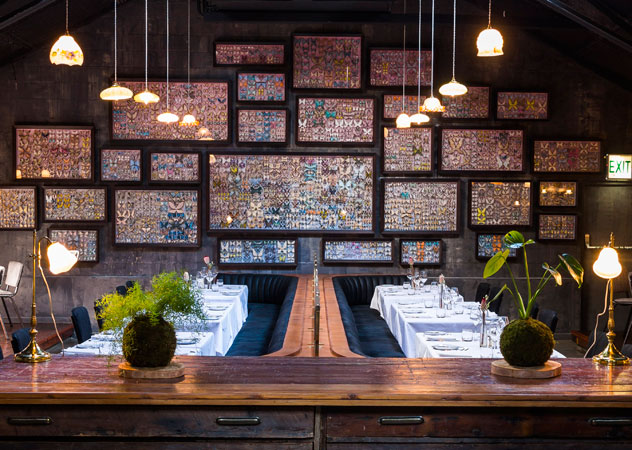 The dining area at The Shortmarket Club. Photo supplied.

A waiter in a knee-length white coat materialises with a trolley, offering bubbly, oysters and G&Ts, so Michele and Celeste opt for the oysters for starters, and Donald and I order the kabeljou ceviche and steak tartare respectively.

Expectations are high. Donald and Celeste are very dear friends visiting us from Switzerland, so the occasion is all too rare, and The Shortmarket Club was highly recommended by a mutual friend who is the executive lead chef in charge of innovation at Woolworths in Sydney. 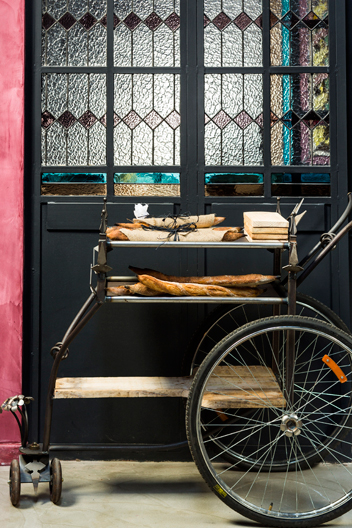 On this particular occasion, our friends are not the only things that are dear. You’re looking at around R150 for a starter at Shortmarket, and R250 for a main course. And if you’re going to venture into the grill – merrily presented by the manager on another trolley – then be prepared to fork out up to R700 for a portion of the prime rib. That’s before you add a side.

Which is all fine and well. There’s a sort of giddy extravagance that goes with fine dining. The Shortmarket Club’s prices are an extension of the lavish fantasy created by the décor – a place beyond embarrassing worldly concerns like a bank balance or your babysitter’s fee.

The champagne is served in wide-rimmed saucer glasses that make Celeste and Michele look like beautiful aristocrats enjoying Baz Luhrmann’s box at the opera, and the oysters are as plump as parliamentarians.

My beef tartare is damned fine. Chunks of beef rather than mince, sprinkled with some gratings and crispy onions, and each forkful topped with a different and delicious bottom layer: first the cured egg yolk, then a some pickled red cubes of celeriac, then ricotta cheese. My saliva glands squirt at the memory. 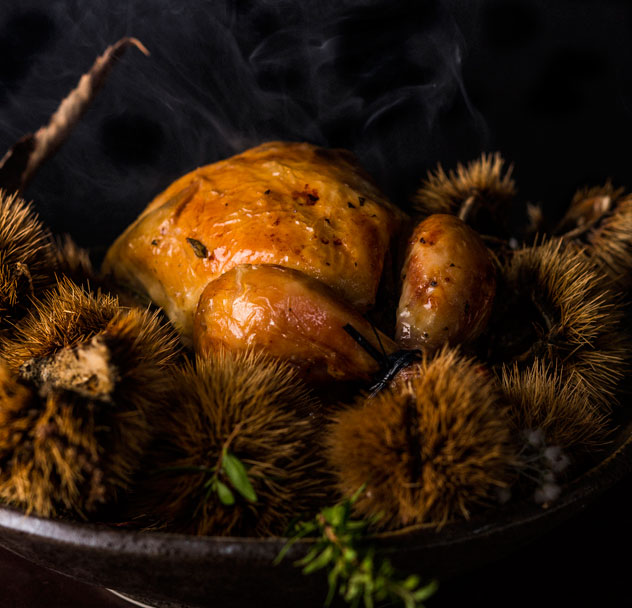 Donald’s ceviche is served on a round clay plate topped with a sheet of ice. I ask him how the kabeljou is, but he shrugs. “I don’t know,” he says. “I couldn’t taste any fish.”

My main course, the crispy pig cheek, comes with a bit of a show. The waiter uses one of those butane blowtorches to burn wormwood and cinnamon into honey, which is then dripped onto the pork. I had been warned twice that the cheek is a fatty dish, but I don’t have a problem with fat. I’m all about the fat. I was guzzling fat when Tim Noakes was still carbo-loading for his Comrades. But fat’s best friend is starch, Tim. This is why we eat bread and butter, not bread or butter. 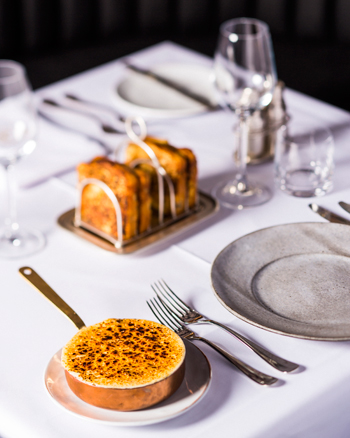 The pig’s cheek comes with a delicious gorgonzola cream and a couple of endive leaves sprinkled with seeds. It might have been a good idea to serve it with something that could have soaked up that fatty goodness while at the same time providing a solid foundation for the gorgonzola cream. The duck, for example, is served with a turnip fondant. Surely a fondant or some other slightly starchy garnish would have served my main better than a pair of leaves?

I also get that sides are served separately – and fortunately Michele has the good sense to order some potatoes for the table, which pretty much save my meal – but broccoli is also a side option, and would not have done the trick for the pig’s cheek.

The difference between fantasy and illusion is that fantasy is created between people in collaboration, like kids playing superheroes, while illusion is projected by one person in order to trick another, like Dynamo the Magician pulling a card from behind the ear of a passerby in the street. I think most people come to The Shortmarket Club eager to participate in a fantasy and leave quite satisfied, but something between our expectations and the prices and the food leaves us feeling a little bit misled. And I don’t think we are the only ones.

There are two couples sitting in the booth next to ours. Late thirties, well dressed. Donald notices that one of couples has ordered the prime rib to share, and nudges me to indicate that that was an option we could have been made aware of. 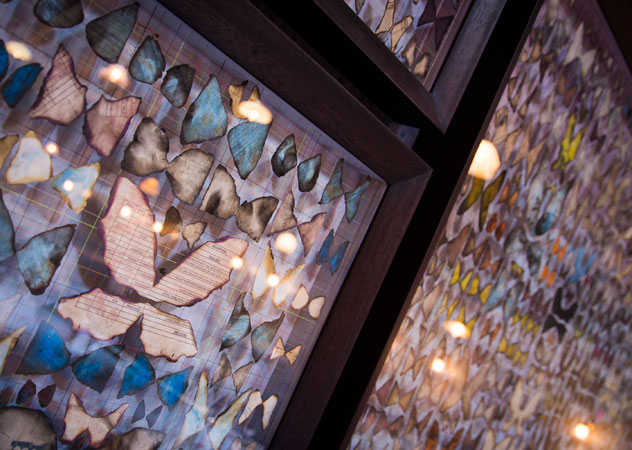 The artwork made from old documents. Photo supplied.

Fifteen minutes later, I glance in their direction again and the man has picked up the rib and is sort of solemnly picking the remaining bits of flesh off the bone with his teeth while the rest of the table stares at him with wide-eyed politeness. Nobody is smiling. As far as fantasies go, the scene looked less like Obelix at the Winter Palace and more like Solzhenitsyn in the Kazakh Gulag.

Now, I’m all for that guy. If you can’t eat a rib with your hands in a restaurant then you shouldn’t be serving or ordering ribs in the first place. At the same time, though, I can’t help wondering whether it means that the meat is so good that he can’t leave the smallest nibble on the bone or that a single portion isn’t quite enough to share. One thing is for sure: At seven hundred bucks a pop, it could well be a little bit of both.