At Dunrobin Nursery in Oak Park, you’ll find a little café with some spark. Aside from the array of tea-time treats and gourmet burgers available at Flavour Café, there are some exceptionally Instagrammable drinks: we give you Pietermaritzburg’s answer to the Freakshake. 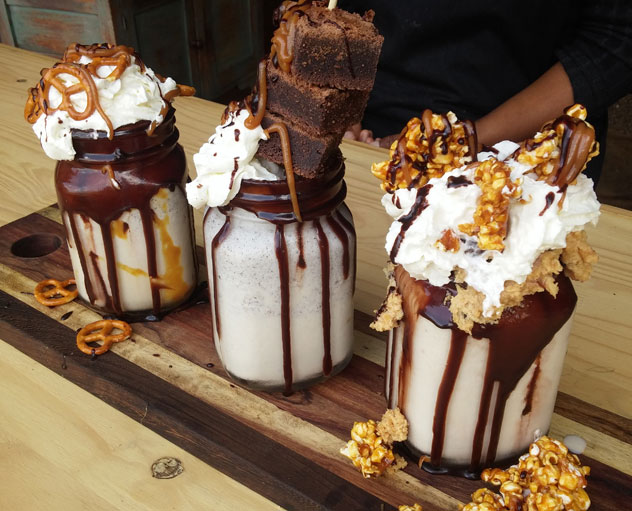 Some of the crazy shakes on offer at Flavour Cafe. Photo courtesy of the restaurant.

Owner Lee Hankey says he often looks to social media for inspiration when dreaming up new dishes. “Instagram is a great platform for ideas. Patissez, I think everyone knows by now, sparked this idea. We just put our own twist on things,” he says. And what a twist it is! 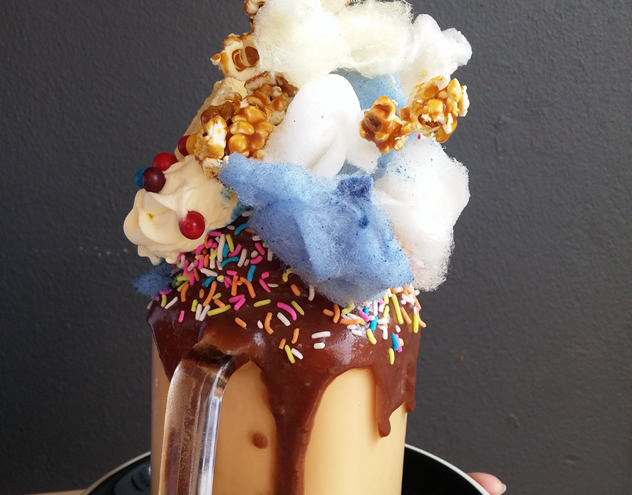 Flavour Café’s version of the crazy milkshake is made with full-cream ice cream from a local supplier and comes in an array of gloriously insane flavours. May we present the following: 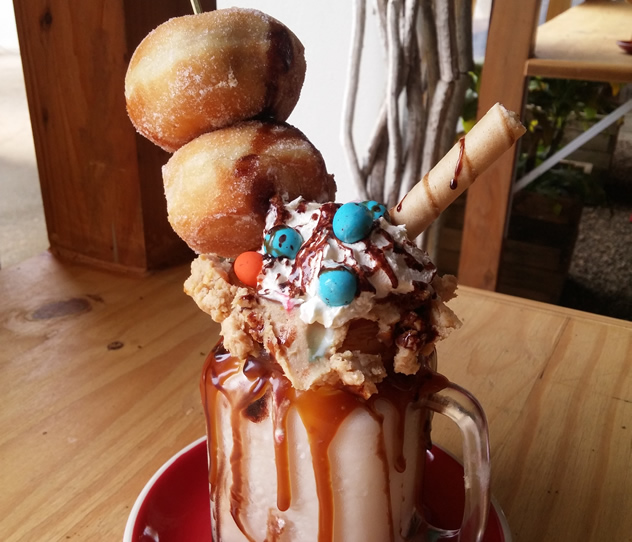 All the milkshake rims get dunked in ganache, and all the crazy toppings – from the brownies and doughnuts to the candy floss and sauces – are made in house. The price? They range from between R38 to R45. (Which, when you think about it, makes this quite an affordable way of getting your entire daily calorie intake).

And the reason for the success of these outrageous milkshakes?

“It’s the messiness that brings out the kid in everyone, I think,” says Lee.