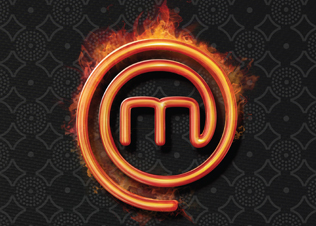 Did you devour MasterChef SA like it was a boerie roll with chutney and extra caramelised onions? Here’s a peek inside the recipe book to help you recreate the food – minus the disasters – in your own home.

“I was so disappointed being in the bottom three that I seriously questioned myself and almost threw in the towel,” reveals Deena Naidoo on his toughest challenge, the chocolate hazelnut gateau pressure test. But the IT specialist from Durban, with his in-depth knowledge of Indian food and spices, and passionate yet methodical cooking style, pulled through and won the series. Now he’s the proud chef of his own restaurant for a year, Aarya.

Full of secrets from the guest chefs and judges, how-to advice, and step-by-step illustrations, the MasterChef Cookbook takes readers on a journey from the auditions right down to the final two. Begin with Ilse’s grilled citrus salmon with tagliatelle and Thys’s cherry frangipane tart from the hot auditions, and move onto Samatha’s Dutch croquettes and Sue-Ann’s inspired beetroot-and-goat’s-cheese samoosas, and finish with a koeksister pressure test of your own – or Deena’s chocolate fondant, which won the pudding challenge.

From the guest chefs there are also some culinary challenges for you to attempt. Try your hand at poached kabeljou with asparagus, porcini and garlic cream by Michael Broughton of Terroir (one of the 2012 Eat Out DStv Food Network Restaurant Awards Top 10); North African-style lamb by Coco Reinartz of Sel et Poivre; goat rendang by Vani Padayachee of The Common Room at Le Quartier Français; roast duck by Peter Tempelhoff of The Greenhouse (another of this year’s Top 10 restaurants); and seafood fricassee with gnocchi and edamame by Reuben Riffel. If you’re feeling adventurous, try the recipe for chicken liver-and-truffle-stuffed artichokes by top international chef Michel Roux Jr.

MasterChef South Africa: The Cookbook is published by Human & Rousseau and is available at all bookstores and most online stores, for R350.

Try Samantha's Dutch Croquettes for yourself.

Excited for the next season? Check out our peek behind the scenes of the auditions for MasterChef SA season two.