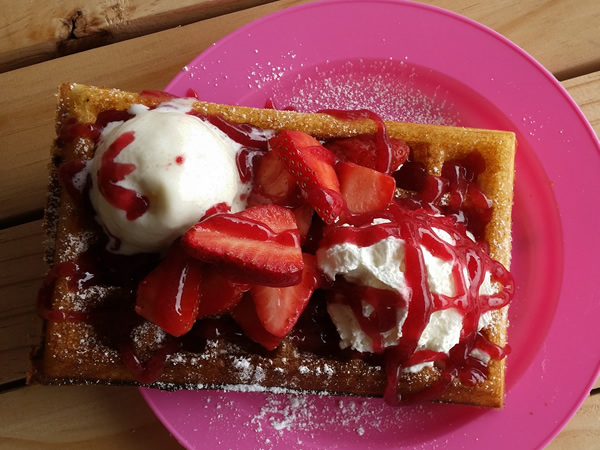 The artisanal food trend is showing no sign of slowing down in Johannesburg, with new markets and restaurants popping up all over the city seemingly every week. The latest of these is The Greensider, in a central spot on the suburb’s main drag, Gleneagles Road.

Although the owner originally envisioned it as space for 12 completely independent businesses, The Greensider is fast becoming a co-operative venue where small independents have banded together for mutual benefit, explains manager Jean Huddy.

The venue – which officially opened in late November 2014 – is a roofed but open building with large wooden tables and benches in the central space, surrounded by food stalls. For now, they are only open Thursday to Sunday, from 10am to 10pm.

The Greensider Market in Greenside, Johannesburg

While the triple-volume ceiling gives The Greensider a bit of an industrial feel, it isn’t without charm. The pine tables feel rustic and warm, and the big pots of living plants on the tables are a nice touch. After lunch on a Friday is the quiet before the storm for vendors, with weekend nights being their busiest slots.

Balkan Burger – a well-known and -loved name on the market food scene – is a keystone tenant. Alongside their classic flat-patty burgers, Balkan is also offering a healthy and budget-friendly lunch special. But you can’t beat a classic, so if you haven’t had a Sir Burger (sir is not an honorific, but a type of sharp white cheese), start there. The chilli sauce is mild and flavourful, rather than hot, so don’t be shy unless you are particularly chilli-averse. 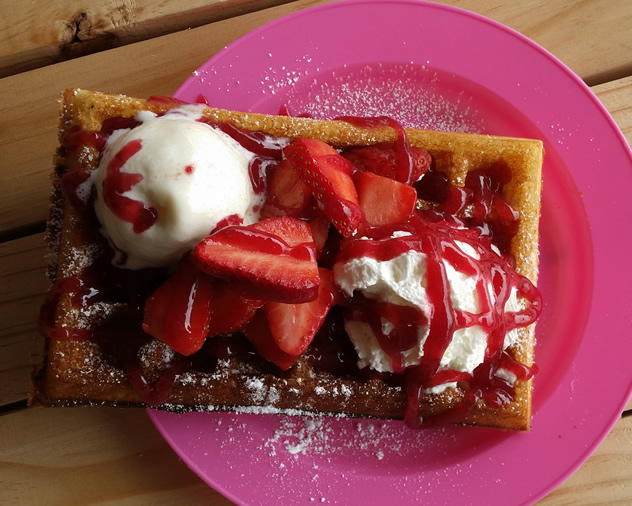 Belgian Waffles from Rather Tart at in The Greensider Market in Greenside, Johannesburg

Other stalls include Pappou’s Kitchen, Mamba Latina and a new vendor, Mama Lady’s Soul Food Kitchen, for southern-American-style cuisine. Most of the food at The Greensider is of the fast-food (or at least, no utensils) kind: wraps, pregos, burgers and the like. Craft beer and icy crushed smoothies are also on offer (the chocolate and coffee varieties are highly recommended). For those with a sweet tooth, Belgium waffles and French-style crêpes will hit the spot. The waffles are big enough to share, so there’s no excuse to skip dessert.

The Greenside strip is an area with a bit of an identity crisis right now. While it offers a mix of popular restaurants and bars, and is frequented by students after dark, it turns into leafy suburbia a block over in most directions. 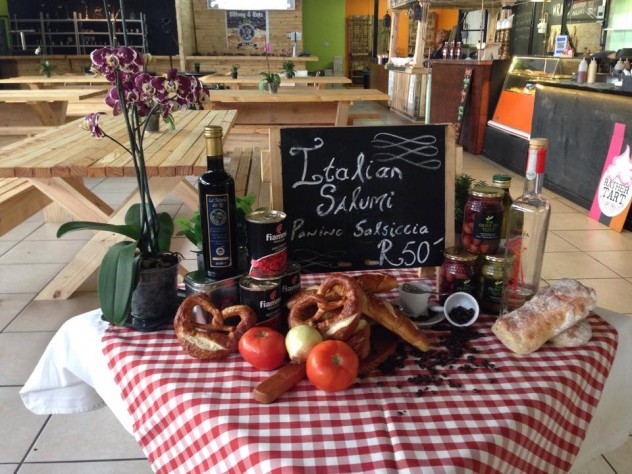 The Greensider Market in Greenside, Johannesburg

However, venue manager Jean Huddy has big plans, believing The Greensider can bring these two seemingly disparate halves together. She hopes to entice the local business crowd for lunches and the nearby families for dinner, while still retaining the post-drinks burger crowd. She is also keen to attract the creative and independent worker by offering free WiFi, and will soon introduce a bookable meeting room and membership card for discounts and benefits.

The Greensider currently hosts regular comedy evenings, and is looking at establishing a regular movie night, too.