How to open a restaurant during a lockdown

Lockdown and its various restrictions caused the failure of hundreds – possibly even thousands – of restaurants in South Africa last year. But, these completely unprecedented conditions have seen operators, both existing and newcomers, opening new restaurants, cafés, eateries and dine-bars in many of these left-behind spaces. More often than not, the space itself is vital to a successful venture.

Lexi Monzeglio, the creator of Lexi’s Healthy Eatery, seized two opportunities to expand beyond Johannesburg, and opened a franchised store in Hazelwood, Pretoria in July and a corporate store in Sea Point, Cape Town in December. The Sea Point store, in particular, “would simply not have happened if it wasn’t for lockdown,” says Lexi. “When we saw the site, it was a no brainer. We had to take it.” Getting finance was near-impossible but this allowed the group to bring a private equity firm on board. 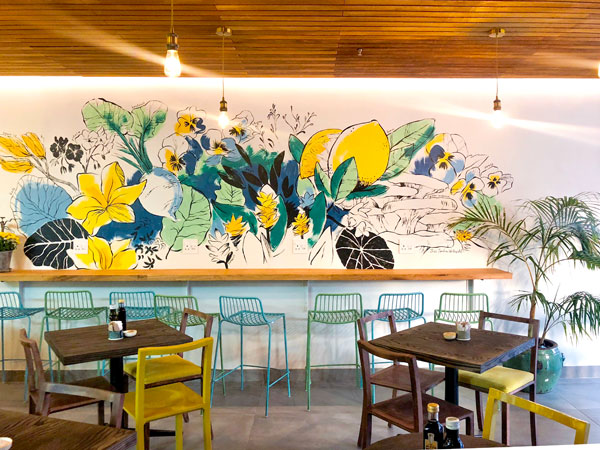 Lexi says the store was “set up in two-and-a-half weeks as we simply had to open before Christmas”. The move into the Cape Town market, while “terrifying” has been well-received and she says the “store has been pumping from day one”.

Pretoria was different in that it opened for takeaways first, due to the then-level four lockdown. “This meant we had a month to generate revenue while we were finishing the rest of the shop fit,” says Lexi. It also allowed the team to iron out a lot of the kinks, and the training from before lockdown and during the takeaway-only trade has left the store in an “exceptionally strong position”.

Broadly speaking, conditions are still incredibly difficult, says Lexi. However, the two new stores are the best-performing across the group. Because of their locations in large office hubs, it’s not a surprise that Sandton and Rosebank (the original restaurants) would be under pressure.

Lexi’s has been more resilient than most simply because of the fact that it “trades in the health bracket”. The eatery also doesn’t rely on alcohol trade at all, which has helped.

The significant impact on the alcohol trade meant an opportunity for creator Matt Suttner to open a dine-bar, Peachy, at 44 Stanley in early December. “I don’t know if I would’ve opened a dine bar if it weren’t for the pandemic,” he says.

The site itself had become available because of lockdown and was the genesis of the concept. “I wouldn’t have been interested in creating this in any other space. It is completely made for 44 Stanley.”

Matt notes the importance of cooperation and support from “really understanding landlords” who factored in potential future shutdowns and the ability to acquire kitchen and bar equipment at “really good rates. It is obviously bittersweet in that other businesses had failed.”

A partnership with chef Jes Doveton (of Farang) was also serendipitous and has seen the creation of an “elevated street food” offering that is “very rarely well done in South Africa,” says Matt.

The site was also the deciding factor behind chef PJ Vadas’s decision to open a pasteis de nata café in Stellenbosh in November. He says he’d had his eye on the site for years and it became available earlier last year. Opening the café was “pretty straight-forward”, but PJ did say he received help from a supportive landlord. The café also allows PJ to pilot a standalone concept close to Spier so that any teething issues, as well as systems and processes, can be sorted out before considering any other markets. 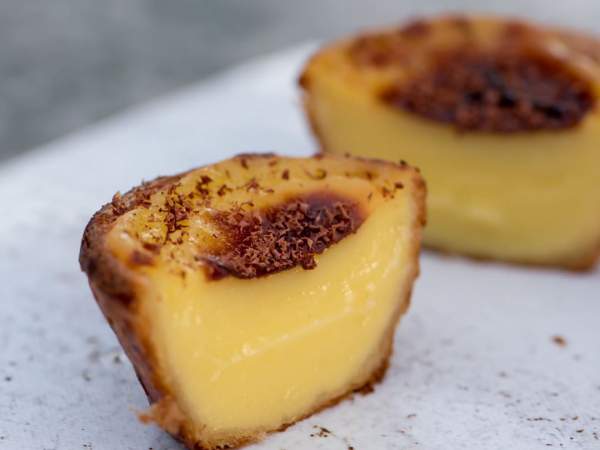 Makers Landing, a food community at the V&A Waterfront, is unique in that it has been set up with the support of the National Treasury’s Jobs Fund and the landlord (the waterfront itself), which ensures sustainable support for the businesses and makers. The project has been in the pipeline for four years, explains project lead Westleigh Wilkinson and opened in December – later than originally planned because of the impact of lockdown. Not only was the project able to provide rent relief, but it has also offered higher tenant allowances for fit-outs as well as access to additional capital.

“The idea is to create a space where local cuisine is celebrated and where the whole value chain within food is brought together under one roof,” he says. Many of the businesses in the space committed to the project “pre-COVID-19”, but Makers Landing created an “opportunity for some to reinvent or reimagine themselves in a post-lockdown world” after having lost their restaurants or food businesses.

The project has a community of mentors and coaches who guide and assist the entrepreneurs in the space and plan to take them from “operators to creators of sustainable, growing businesses”. With the experience of last year, the project also aims to ensure these food businesses and restaurants don’t make those same mistakes, including having very limited runway with cashflow.

It had encouraging footfall in the first weeks of trade, and after the return to adjusted level three lockdown in late December, saw a significant impact. But, says Westleigh, trading has improved every weekend in January.

He says the project has also helped drive “multiple channels to market” for the businesses, including retail and online platforms, in an effort to diversify their income and access to markets. “COVID is not going away – it will be with us for the rest of 2021, probably into next year.” Some of the tenants have launched home delivery boxes, and there are plans to expand this offering further.

Erin Louw of Retail Capital says that “things are not going to change very soon and, as in the case with every other industry, restaurants need to embrace technology and touchless environments for multiple reasons”. Many operators have been forced into running lean teams and, here, multiskilling is critical. Staff should be able to handle various tasks on busy or slow days, depending on the need.

She points to the explosion of dark or cloud kitchens and says that restaurants should be agile enough to ensure their kitchens can serve for sit-down, takeaway and delivery. “By balancing these, you are futureproofing your new restaurant against any current or future legislative changes in relation to COVID or any other challenge.”