Boxcar Artisanal Deli opened in Pretoria in April but only introduced their dessert menu a few weeks ago. The new new Doh!Nut menu kicked off with a bang, with a range of doughnuts named after various The Simpsons characters and unconventional flavour combinations to match.

The Homer Simpson sounds incredibly drool-worthy – and suited to summer: it comprises a glazed doughnut ice cream sandwich with black sesame seeds and topped with candied bacon. Their most popular Doh!Nut however, is the Itchy & Scratchy: two doughnuts smothered with vanilla chocolate sauce and topped with popping candy and candy floss. Future characters to look forward to include Marge, Lisa and Mr Burns, with toppings like blue candy floss, fizzers, cereal, grilled pineapple, white chocolate, meringue and chilli chocolate. 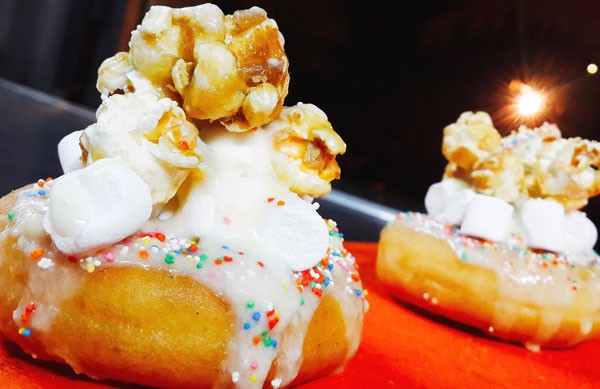 Boxcar isn’t a one-trick pony, though; nor is The Simpsons its only classic cartoon menu item. Home of the ‘Hottest burger in Pretoria’, the El Diablo, Boxcar is also now also serving crazy milkshakes to soothe burning tastebuds. 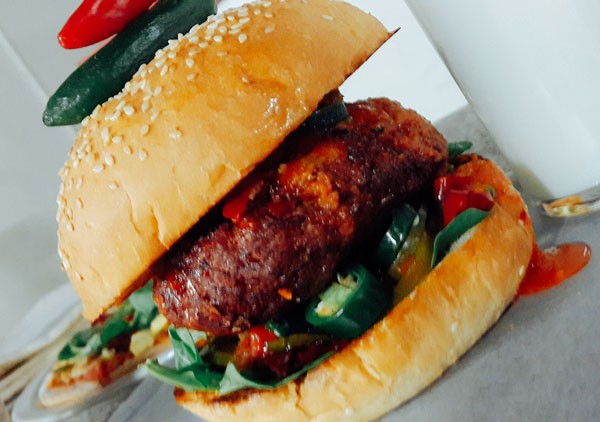 The infamous El Diablo burger, which apparently is served with a glass of milk and gloves. Photo courtesy of the restaurant.

They currently have four milkshakes on the menu: the Space Ghost (vanilla caramel with caramelised popcorn, pretzels and chunks of Royal Cream biscuits), the Harvey Birdman (bubblegum-flavoured with various sweets), the Chef (chocolate-flavoured with marshmallows, choc chip cookies and a mini Mars bar), and the Penelope Bishop, which is a strawberry milkshake with marshmallows, wafer biscuits and candy floss.

Get a pair of sinful doughnuts for R20 and a milkshake for between R35 to R45. 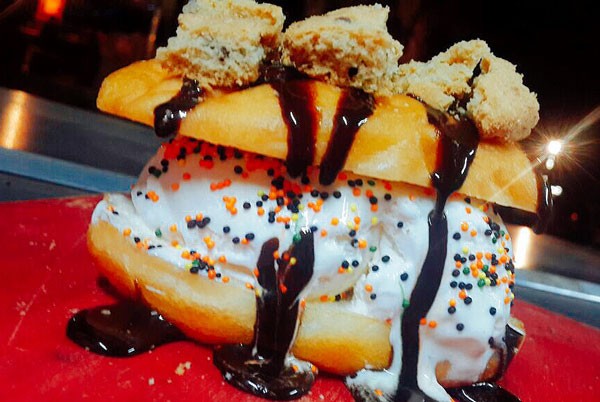 A future doughnut ice cream sandwich. It’s not named yet but looks set to feature a choc chip cookie topping and chocolate sauce. Photo courtesy of the restaurant.