Imagine an entirely self-sustaining restaurant, where everything from the fruit and veggies to the fish and meat are grown and reared on the property, where waste becomes food again, and where even the building grows out of the earth. That’s the dream behind Fermier Restaurant, located on The Karoo Fish and Vegetables farm in The Willows in Pretoria, which opened just one week ago. 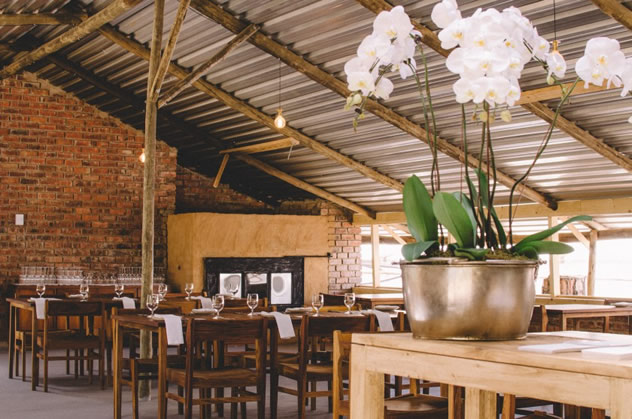 The interior at Fermier. Photo courtesy of the restaurant.

Adriaan Maree, formerly the chef at acclaimed fine dining restaurant Roots in the Cradle of Humankind, is the man behind the concept – and he’s already turning out a seven-course set menu with sous chef Ockert Brits and his small kitchen team. 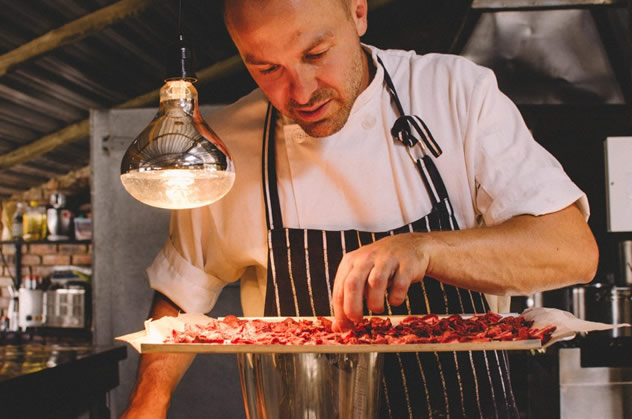 Adriaan Maree, the former Roots chef sifting through berries at Fermier. Photo courtesy of the restaurant.

Their aim is for the food to be as sustainable as possible, so instead of wasteful bespoke cuts of meat, for example, the menu is constructed with a nose-to-tail approach. Duck appears in a duck leg confit and a liver parfait, and later on in the menu, the breasts are paired with cabbage, beets, hazelnuts and coffee. Other dishes include bream, from the fish farm on the property, with broccoli, tarragon, edamame beans, olives and an exciting-sounding roast-lime purée. 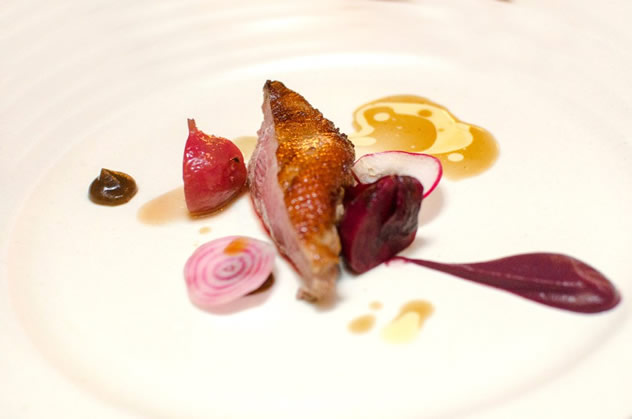 A dish at Fermier. Photo courtesy of the restaurant.

This model of a self-sustaining restaurant has been a dream of Adriaan’s for some time. “It’s the idea of having something that closes the gap between produce and product,” says the chef. “To serve food in a conscientious way, where you know the supplier.”

As for the restaurant structure, it was constructed by Adriaan himself, with two men from the Karoo Yard. Built with rammed earth walls and a skeleton of poles and clad in recycled wood, the building, too, is made out of the earth. 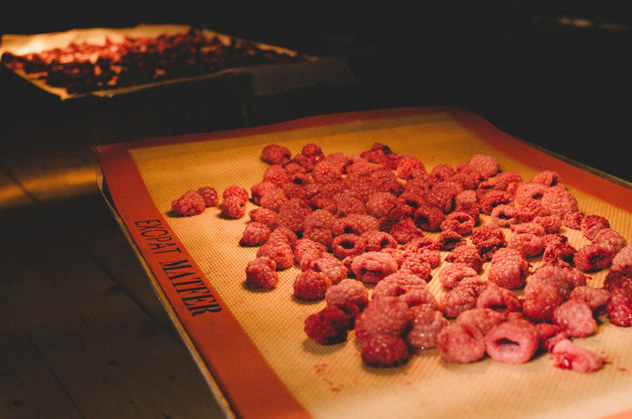 Raspberries on a mat at Fermier. Photo courtesy of the restaurant.

Fittingly, the name Fermier is French for farmer – and Adriaan is working closely with the farm’s owner, John Du Raan, to see what grows best and to work their way towards the goal of a self-sustaining restaurant. Fully closing the circle and becoming entirely self-sustaining will take some time, but for now, Adriaan is also dealing with trusted small suppliers who are able to supply organic, sustainable produce.

“It’s exciting,” says Adriaan. “And it’s quite scary. But things are changing here and hopefully people will appreciate what we’re doing.”

We can’t wait to try it.

The restaurant is open for dinner from Wednesday to Saturday, and for Sunday lunch from 12.30pm. 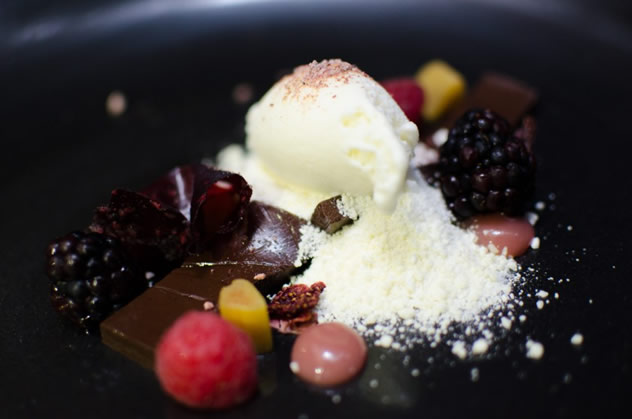 A dessert at Fermier. Photo courtesy of the restaurant.