David Cope’s city bowl wine bar, Publik, is on the move and they’ve set up shop on the popular foodie corner of Kloofnek Road, Tamboerskloof, in place of the recently closed Hallelujah. The team launched the new space on 9 February.

PUBLIK WINE BAR HAS MOVED! In case you’ve missed the news, after over 4 years Publik Wine Bar has left its original premises and has moved to its own space. We’re opening at 11D Kloofnek Road, Tamboerskloof – hopefully by the end of this month. We’re currently closed while we renovate but you’ll see this sign outside the new spot, a place that will be a return to our values and core offering: great wines, cured meats, cheeses and other snacks (not snakes, but some typos are too funny), with a few evolutionary tweaks because, hey, we all grow up. Look forward to welcoming you in our new home soon! . . #PublikWineBar #PublikWine #WineMeatCheese #WineBar #CapeTown #GimmeSnacksNotSnakes

After four years of sharing a location on Church Street, the Publik team have made the decision to go solo for a focus on the core offering: unusual and interesting wines alongside good cheeses, charcuterie and snacks. 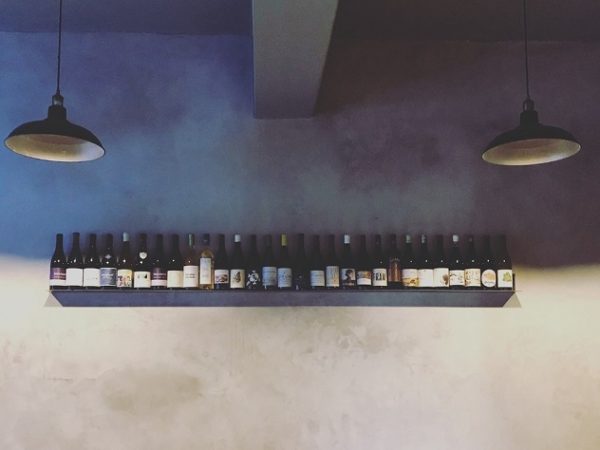 A sneak peek of the new Publik on Kloofnek Road. Photo supplied.

David has partnered up with Chris Groenewald (formerly of Hawk & Schoon in Stellenbosch and Vineyard Connection), who will be running the bar. “He’s obsessed with wine and has a passion for it that guests will feel immediately,” says David. He also says that the wines will be what they’ve always provided, “a concise and frequently changing list of honestly made quality wines from the best small or lesser-known South African producers.” Think labels like Carinus Family Vineyards, Maanschijn, City on a Hill, and Flotsam and Jetsam. While the focus is on the wines, the bar will also have some beers and craft spirits on offer.

As for the food, David and the team have been busy sourcing a broader range of charcuterie and cheeses from some of the best local artisan producers, along with some international products to pair with the wines. “We’ll slice and prepare to-order in the style of any European wine bar and have some additional sides, so there’s a decent offering for hungry guests,” says David. Think homemade pickles, meats by Frankie Fenner and Richard Bosman, and cheeses from Langbaken, Belnori and Gay’s Dairy.

Our moved and renovated Publik wine bar is almost there. We’re just getting everything in line so it’s 100% ready, and by that we mean tweaking and testing things, and by testing we mean eating a lot of prosciutto. It’s arduous but we feel we need to really really know the great local cured meats we’ll serve. We also need to really know the artisan cheeses and homemade pickles and of course the wine. Everything really. I know what you’re thinking, but we’ll get through it, thanks for the thoughts. . #Soon! #PublikWineBar #CapeTown #MeatCheeseWine

Publik Wine Bar will be open Mondays to Fridays, 4pm to 11pm, and Saturdays from 12pm to 6pm.