The no-show problem: how restaurants are dealing with bookings and cancellations 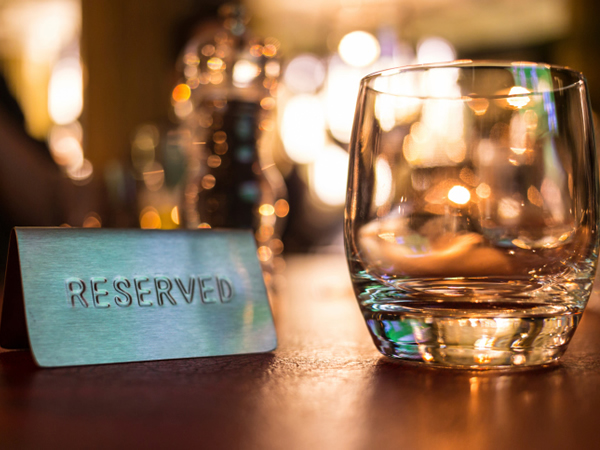 A British mother made the news in January after she invoiced a five-year old for failing to turn up to her child’s birthday party. The £15.95 no-show fee caused hilarity – 5-year-old Alex Nash was, according to the BBC legal correspondent, incapable of creating legal relations necessary to create a contract of any kind, after all.

In the restaurant realm, however, no-shows are no laughing matter. For restaurants with limited seating, or where the cost per head is relatively high, the loss of business that results from keeping a table clear can mean the difference between staying afloat and going under.

Complete no-shows are not the only issue. The overbooking of tables can waste a table, and underbooking can cause strain on resources, too. So what are restaurants – locally and abroad – doing about it?

The most obvious reflex to customers not honouring their reservation is to stop offering a booking service entirely. “The first couple of weeks we were open in 2012 we did bookings,” says Lyndall Maunder of trendy diner-style restaurant Clarke’s in Cape Town. “We had no-shows from the get-go and had walk-ins that we had to turn away. It totally sucked for us, and was pretty embarrassing.” The no-bookings policy followed as a no-brainer, especially as the restaurant became trendy and pulled in more foot traffic.

But refusing also has its downsides. Restaurants that don’t take bookings can end up losing out on big-ticket, larger parties. Clarke’s recently introduced a courtyard, which can be reserved with a deposit, and also now reserve up to four tables per night, but only hold them for 15 minutes. “That said,” says Lyndall, “I don’t see myself extending it past the four tables. I just don’t trust us Capetonians – we’ve got too many options and we’re flakes.” 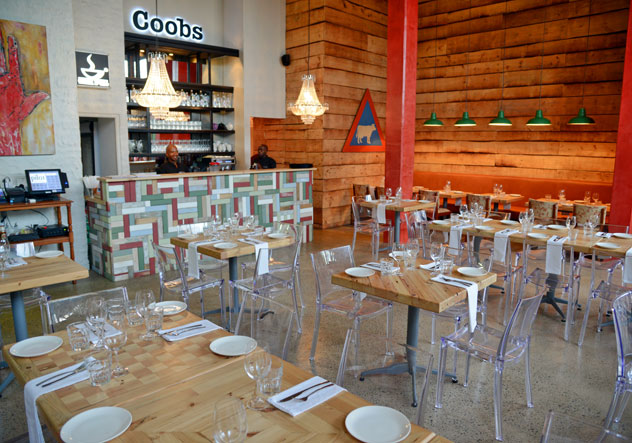 The interior at Coobs. Photo courtesy of the restaurant.

It seems, however, that it’s not just in the Cape that diners don’t keep their promises. “It is becoming a major issue, to the point where a few places in Parkhurst have just stopped taking bookings,” James Diack of Coobs in Johannesburg tells us.

Fortunato (Forti) Mazzone of Ritrovo in Pretoria reports the same issue. For him, the worst offenders are those who fail to show up for special events. “Many times I turn away 50 or 60 people to one of our wine events and bring in costly ingredients like truffles or foie gras and a table won’t pitch. It’s not only a waste of ingredients and, of course, a financial loss, but way more important are the people who really wanted to come who were deprived of the pleasure by someone else’s selfish action.”

Having been in the business 20 years, Forti knows many of his patrons personally, so, as he says, it’s far less of a problem. “I do, however, take note of people who just don’t pitch and if they do it more than once, they’re blacklisted for tables on busy nights.” Automated booking system DinePlan also offer a blacklisting service to restaurateurs.

Many restaurants now call patrons on the day of their booking to confirm. (Some of them even threatening to give your table away if you don’t respond to their voice message within a few hours.) DinePlan offers restaurants an sms confirmation service, but even this is not foolproof, according to chef at The Restaurant at Waterkloof, Gregory Czarnecki. “Even after they reply to say they’re coming, sometimes they still don’t show up.”

The Restaurant at Waterkloof. Photo courtesy of the restaurant.

The Tasting Room in Franschhoek was probably one of the first restaurants in the country to implement a booking form that required patrons to supply their credit card details in order to secure a table (about seven years ago). “At the time, we found it necessary,” says culinary manager Eleanor Kerwan. “The Tasting Room seats 40 to 50 covers only. We have long waiting lists; empty tables are unnecessary and ultimately mean a loss of business.” 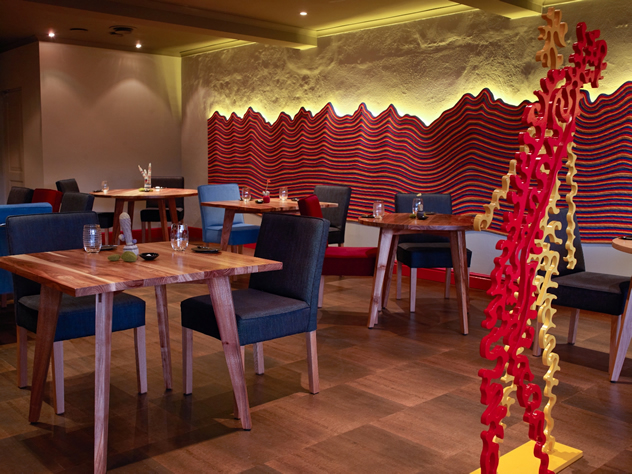 The Tasting Room’s interior. Photo courtesy of the restaurant.

Eleanor says that while some are uncomfortable giving their credit card details, most are happy to do so, as this kind of thing is becoming a trend internationally. And despite taking the credit card details, the restaurant allows guests to cancel their booking up until 10am on the day of the booking. “When we do need to implement our cancellation fee, we donate 50% of the charges to our Isabelo Feeding Scheme.”

The Tasting Room is, however, an unusual candidate. As one of the country’s Top 10 restaurants for the past 11 years, they’re desirable enough to warrant a little bit of inconvenience. The Test Kitchen, too – SA’s number one restaurant for the past three years running – takes deposits on groups of six or over. (Although head chef Ivor Jones admits that can be complicated in the case of third-party bookings from concierges or secretaries.) But what about a neighbourhood spot? Or a trendy city-centre option?

Elsewhere in the world, some high-end restaurants are selling tickets for their dining experiences. “What a great thing for restaurants for planning and costs!” says Clarke’s Lyndall Maunder. “But it’s another universe over there. Here, you’d get burned at the stake for something like that.”

Tickets – or deposits – also rely on a certain level of technology, something that can be costly for small restaurants to build themselves. In the States, Apps like Reserve take the pressure off individual restaurants to provide this kind of tech. Offering an Uber-style booking system, the app allows patrons to book their meal and bills them automatically afterwards, tip included.

In the mean time, the restaurateurs are fairly unanimous in their plea: just do the decent thing and cancel your booking if you can’t make it.

As Greg Czarnecki of Waterkloof says, “We don’t need a reason. Maybe they’re sick, the weather is bad – we don’t mind. Just tell us so we can book other people.”