Two new linked restaurants opened at Design Quarter on 1 February: A casual dining restaurant called The Rock, and an elegant tapas bar called Carnelian at The Rock. The restaurants have taken over the space formerly occupied by the long-running Kitchen Bar, and will be run by the same owner, Chris Tatsakis.

Linking the two spaces is a seashell-inspired staircase. The menu at The Carnelian is still being fine-tuned, but at The Rock, you can expect a wide range of loosely Mediterranean-inspired dishes. 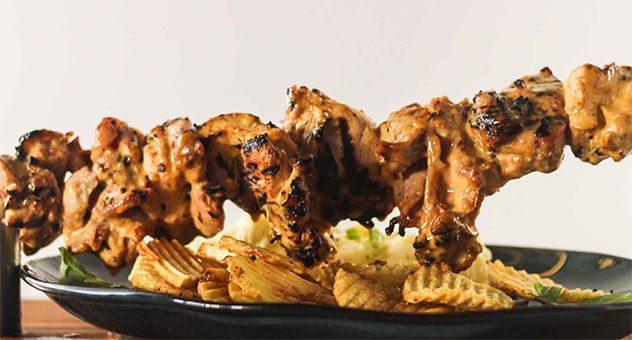 The excallibur chicken is speared on a sword before being grilled over the coals. Photo supplied.

Tuck into a selection of light, tapas-style dishes, as well as pasta, pizza, burgers and meatier mains. The excallibur chicken – deboned chicken thighs grilled over the coals with a rich mustard sauce – is a signature dish. 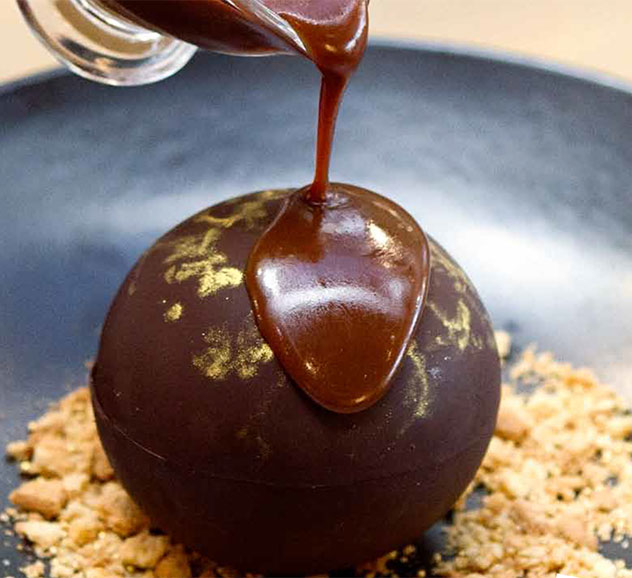 The chocolate sphere dessert is another signature. Photo supplied.

Also on offer: some decadent, OTT desserts. Try the chocolate sphere, which features homemade pistachio gelato and fresh berries inside a chocolate sphere, and comes served with a hot chocolate sauce; or the deconstructed crème brûlée with almond-infused custard and a cinnamon sauce. Also try the vavlaki (mini waffles), monster shakes, and fallen ice creams (homemade cones overflowing with gelato.) 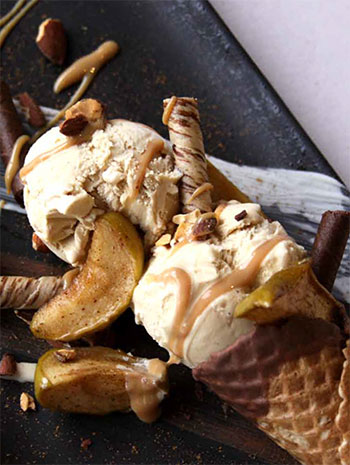 To drink: sip on a signature shake (think flavours like salted caramel and pretzel, PB&J, and a s’mores-inspired one with Oreo, chocolate and marshmallow.) The hard tack includes 17 whiskeys, eight gins and some unusual cocktails. Try the Oreo Oreo baby – a hot cocktail with Jameson, sugar syrup, coffee and Oreo cream. There’s also Prosecco on tap, and a good wine list with some by-the-glass options for featured wineries like False Bay’s Waterkloof Wines and Kleine Zalze.