Technology in restaurants – what the future could look like

Technology has been rapidly advancing and, in recent months – with the need to limit human-to-human contact due to COVID-19 – its growth has skyrocketed. In the hospitality industry, this addresses the essential need to protect both staff and customers. And as we move forward into a post-pandemic future, one of the primary goals of most restaurants will be to eliminate human contact as far as possible.

Rob McMillan, the founder of UK-based Operalis, which specialises in technology for hospitality, said on Jonathan Butler’s The Disruptive Restaurateur podcast that there has been an explosion of software applications in restaurants this year. 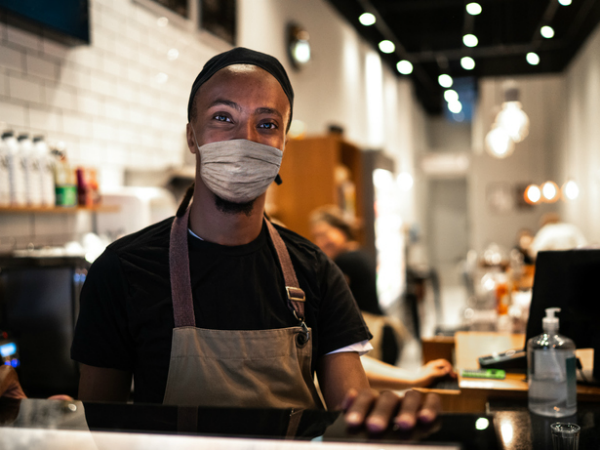 We delve into a few of the new features that tech-savvy restaurateurs could soon be adopting.

The emergence of voice-activated technology is not entirely new (hello, Alexa!), but it offers a significant opportunity to change how restaurants interact with their customers. For sit-down restaurants it means that no touch points are involved and also makes ordering for delivery so much easier. Internationally, brands like KFC and Pizza Hut allow customers to use voice-activated ordering via their apps. Imagine if we could do the same with platforms like UberEats and Mr D?

COVID-19 has brought about a new shift in consumer consciousness, which includes having a stark awareness around food and food safety. Supply chain transparency is going to be a focus going forward. Methods like the GS1 initiative – where a special code on an ingredient allows it to be tracked all the way through the process, from the point of production or farming right to the kitchen – could gain momentum in restaurants.

Guest engagement apps
Apps have been around for a while and many big chain restaurants have already adopted this method of engaging with their loyal customers. It allows restaurants the opportunity to incentivise their guests with special loyalty programs and makes it easy to communicate specials or new menu items with them. Additionally, restaurants are able to gain valuable insights into a guest’s behavior so they can see what works, maximise their return on investment and ensure repeat visits.

Installing UV light to disinfect the air
Ultraviolet light is known to have the ability to disinfect pathogens. Silver restaurant in Washington DC is using it in its ventilation and air-conditioning systems to disinfect the air. This is seemingly useful when trying to combat a vicious virus like COVID-19, but some warn against its uses. Fast Company reports that long-term exposure to UV light hasn’t been sufficiently studied.

Automation
Robot waiters, in their various forms, have been around for some time in the restaurant industry but they might become more ubiquitous in the near future; the contactless aspect of automation being one of its selling points. Implementing automation also reduces the labour involved and speeds up efficiency. An example is the well-known Briggo barista robot that can make 100 cups of coffee in an hour.

3D-printed food might seem like a stretch – and could take a lot longer for businesses to adopt (it feels odd to think of food not being cooked by a human) – but it’s happening! Food Ink has dubbed itself the world’s first 3D-printing restaurant, where all the food, utensils and furniture are produced with 3D-printing. Check them out on Instagram!