“Have you tried the burgers at that Arcade place?” rumbled Tank. “Top notch.”

Tank Lanning is a former professional rugby player who was forced to quit because he injured his neck. He’s a prop. Props are the fattest men on the rugby field. They’re the guys in the front of the scrum, at the coalface, the crucible of the game. They are the unsung heroes of the sport – neckless paladins with mud running through their veins, and hamburgers in their hearts.

Don’t forget to join us for the month of August. R90 for any burger and @thesabreweries beer, available daily from 11am to 4pm. #ArcadeCT #BreeStreet #CapeTown #Burger #Food24

I, too, was a prop. It’s one of my favourite things about myself. My mother is an excellent cook, so I was a fat kid. I think it irritates real props like Tank when mid-size nerds like me claim the prop high-ground. But my prophood is important to me, so I cherish it. And sometimes my propness slips out after I’ve had a few beers.

This weather calls for Pizza and an outside cover. @arcade_ct has both. #ArcadeCT #CapeTown #BreeStreet A photo posted by ARCADE (@arcade_ct) on Apr 21, 2016 at 2:25am PDT

Needless to say, props take hamburgers seriously. We eat them a lot. Hamburgers have rules.

1. They must be eaten with the hands

The first and most important rule of hamburgers is that you have to eat them with your hands. If you need to put a skewer through a tower of a burger to keep it from toppling over, you haven’t created a hamburger, you’ve created a pretentious approximation of one.

A burger is like a sandwich, burrito or a wrap. The starch is there for two reasons: to pick it up with, and to potentially ensure the integrity of the ingredients should you wish to transport your meal. (Sandwiches were invented as padkos. Burritos were designed specifically for the tortilla to contain the food in such a way that it can be carried in a donkey’s saddle pack. Burrito means ‘little donkey’.)

If the bun is too hard-crusted, your first few bites will compress the contents of the burger, and squirt them out of the thing. An unconscionable error.

3. But the practicality of the burger should not compromise its trimmings and additions.

A perfectly soft yolk, for instance, will drip down your chin and elbows. But it will also make the angels sing.

Anyway, Tank and I made arrangements to meet Ron Rutland for a drink and a burger at Arcade.

Ron is kind of a big deal, for several reasons. He started one of the biggest private commercial rugby enterprises in the country with ex-Sprinbok captain Bob Skinstad and current Stormers coach Robbie Fleck – the Cape Town 10s. A couple of years ago, Ron decided to cycle from Cape Town to London for the Rugby World Cup, but making a point of traversing every single African country on the continent along the way. It’s a tremendous feat that will inspire generations of adventurers for many years to come. But what made it truly remarkable is that Ron is not a cyclist. He is the opposite of a cyclist. Ron Rutland is a prop.

#CapeTown you guys were great last night. Now on to Friday, for a late lunch and some after work cocktails – minus the #FirstThursday madness… you know where to find us #UpperBree #ArcadeCT A photo posted by ARCADE (@arcade_ct) on Mar 3, 2016 at 10:30pm PST

So there we were, three props at Arcade, quaffing beers on Bree Street on a Friday afternoon. Arcade is a trendy spot with high ceilings and the instant patina that furniture sprouts on Bree Street. The crowd is young and cool and diverse. The service, Tank growled, is “like being served by your cheeky younger brother.”

Tank and I looked at Ron like two rabbis whose colleague had just ordered the eisbein. Ron shrugged and told us he was a vegan.

Ron thought for a moment. Then he said: “These days I look at parts of a supermarket that I had never known existed.”

We should not have been surprised. People do amazing things, and they always come back changed for the better. Astronauts return with a sense of cosmic perspective. Free divers surface having kissed the cheek of the deep. A prop rides 42,000 kilometres through Africa on a mountain bike and transforms into a vegan.

Our burgers arrived. Tank and I tucked in. The roll was soft. The patty was of a decent size but tasted a bit bland. It needed some seasoning. Fortunately, the red onion pickle came to the rescue. The sweet-and-sour saltiness gave it the necessary tang.

All-in-all, a solid effort, and a testament to the redemptive abilities of good quality hamburger trimmings.

But for my money, the best burgers in Cape Town are made in a small daytime restaurant on the corner of Riebeek and Loop streets called Giulio’s Café. It comes standard with zucchini and eggplant strips, but don’t let that put you off. In fact, the trimmings (which include a basil pesto) give the burger a marvelously Italian twist. The patty is a big, juicy triumph, and the bun is always fresh.

It’s been a hectic year and we only halfway – let go and treat yourself ! I’ll just leave you with PARMESAN TRUFFLE FRIES, the rest speaks for itself

Hamburgers are the props of the food world. They don’t get the slow-motion replays on MasterChef or the Michelin-star magazine covers. But a hamburger is where the heart is. 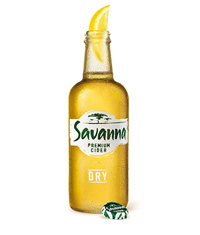 Eat Out and Savanna Premium Cider challenge you to find the craziest, most delicious burgers in your province. Tell us where to find the best burger in your ‘hood and you could win a year’s supply of Savanna. Have you got the apples? Click here to enter.

The restaurants with the highest average scores in each province will take home the title of Eat Out Savanna Best Burger Eatery, at the Eat Out Mercedes-Benz Best Everyday Eateries in October. Write a review now.