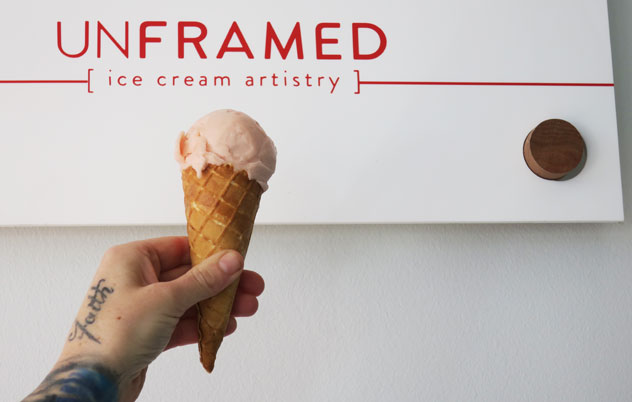 A scoop of the grapefruit sorbet, flavoured with timut pepper. Photo by Katharine Jacobs.

It was while working as an investment banker in New York, that Yann first got excited about ice cream, after meeting the passionate people behind Morgensterns, one of New York’s top ice cream parlours. (They have FIVE vanilla options on their menu, and some crazy ice cream cakes.) While visiting Cape Town last year, he fell in love with the Mother City (thanks in part to the excellent kite surfing here), and decided to start his new ice cream brand. 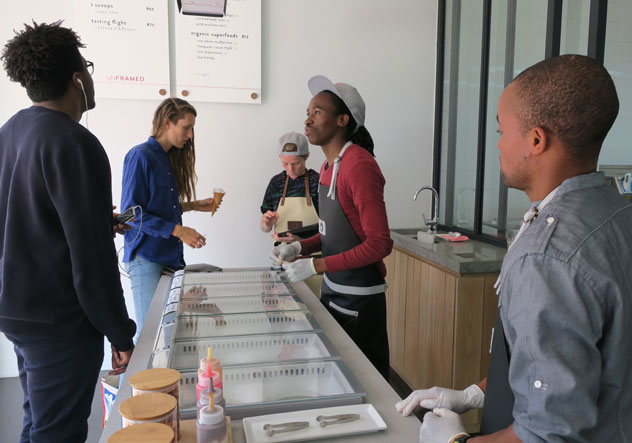 The counter is carefully temperature-controlled to serve ice cream at exactly the right temperature and texture. Photo by Katharine Jacobs.

Production takes place right behind the freestanding counter – and the production space is more ice cream laboratory than kitchen. “That’s where the name comes from,” Yann explains. “We wanted to be an ice cream gallery”. While the vast majority of gelato around the world is made with pre-prepared mixes, Yann is hoping to put the art back into artisan. His product and recipe developer is ice cream master Stephane Auge, who’s won the Meilleur Ouvrier De France for ice cream (a equivalent of Michelin star awarded to craftsmen). 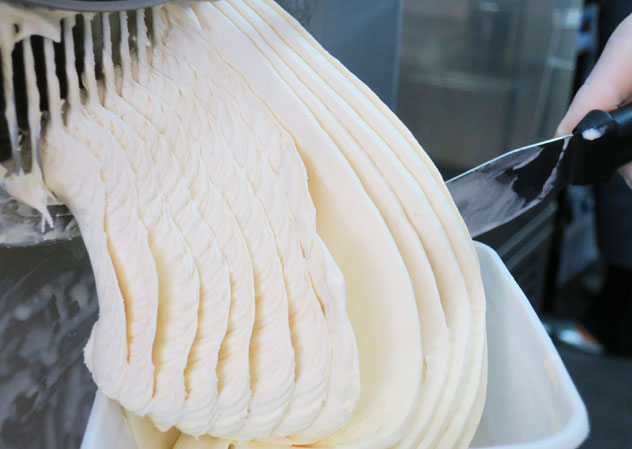 The peanut butter ice cream has a touch of sea salt in it. Photo by Katharine Jacobs.

This month, they’re launching softly, with limited opening hours and serving six to eight flavours – eventually there will be 12. “We wanted to keep it super simple and do it right,” says Yann. Right now, dairy flavours include stupendous peanut butter; Nuttrikrust (based on the biscuit); sea salt chocolate; and a caramelly-flavoured burnt white chocolate – both made with Valhrona chocolate. 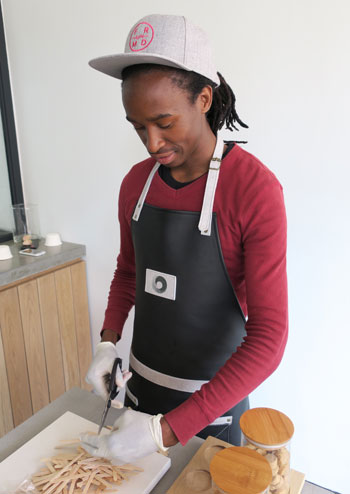 Unframed is also offering sorbets and at least two vegan ice cream flavours, which are currently coconut milk-based. “Vegans always have the worst options,” he explains, “We wanted to do something delicious for them”. Right now, the options are subtle jasmine rice and lemongrass; and a vegan matcha tea (which Yann has softened for non matcha drinkers – but which still packs a flavour punch). They’re also testing some magnificently smooth sorbets: a refreshing lime, lemon and basil; and a grapefruit with timut pepper from Nepal – a mild, citrusy flavoured pepper. Yann’s intent on offering something special. “’It’s different’ is the most common comment we get – which I really like.”

Toppings meanwhile, vary from the indulgent – a glossy ‘dirty sea salt caramel’ and pink praline swirl – a bright thick syrup based on the candied almonds from Yann’s home town of Lyon – to the healthy: raw white mulberries and a raw date caramel with a touch of vanilla in it. 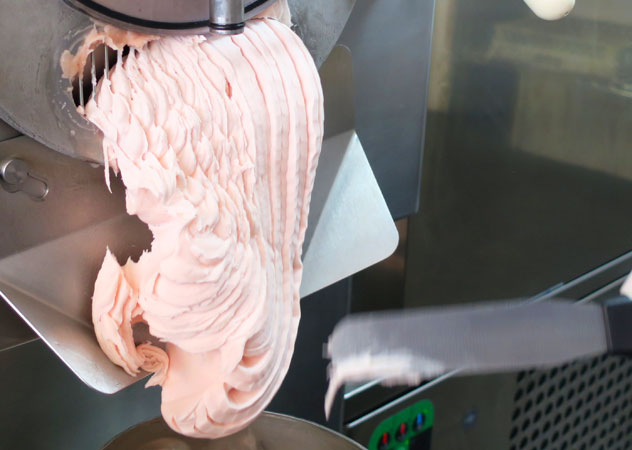 Grapefruit sorbet coming out of the churner. Photo by Katharine Jacobs.

While they’re keen on creating different, special ice cream for adults, Yann says they do want to remain accessible with some classic flavours. “We don’t want to lose kids,” he says.

Perhaps most excitingly of all, Unframed will eventually open in the evenings, until 11pm, along with neighbours, Molten Toffee, who have a liquor license. This month though, you’ll find the gelatieres scooping from midday to 6pm, Mondays to Saturdays. It’s R32 for one scoop, R54 for two, R65 for three, or R75 for a tasting flight. They also offer 1 litre tubs to takeaway, and as of January 2017, have launched a Vespa sidecar, which is available for hire.