This vegan salmon bagel will make you question everything

There’s a new vegan treat in town and it’s a game-changer: Kaylee’s Eatery in Bedfordview, Joburg, has found a way to make entirely plant-based salmon and cream cheese bagels. The ‘lox’ bagel, which features a vegan take on salmon that looks like the real thing and apparently also has its striking texture and fragrance, is the brainchild of Kaylee’s Eatery’s Kaylee Gottschalk, Dan Friedman and chef Josh Simon. 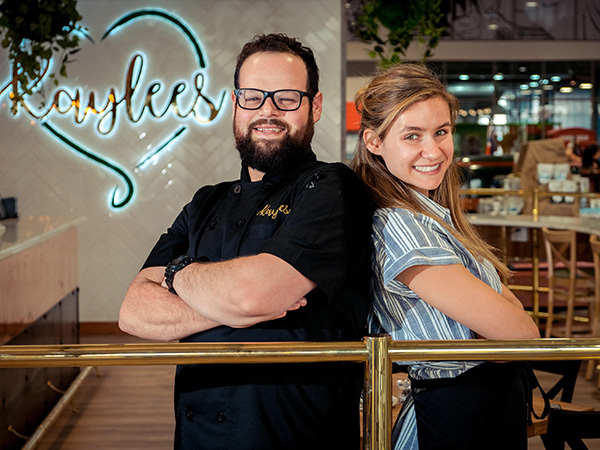 But what’s it made out of? If you’re guessing carrots, you’re (mostly) wrong. Though the team tried them at first, the water content turned out to be too high. The winning faux salmon turned out to be papaya. Have questions? We did too, but it turns out going from fruity to fishy is relatively simple. The papaya is sliced thinly, soaked in a signature smoky marinade then dehydrated for three hours. The signature accompanying cream cheese is made with cashew nuts. 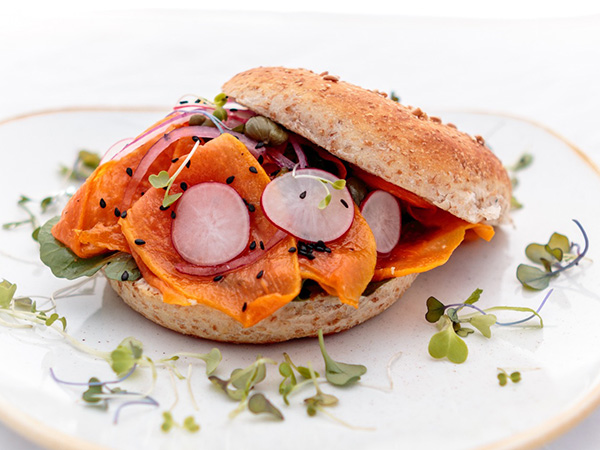 Not the bagel type? You could also opt for The Green House breakfast, which includes scrambled tofu ‘eggs’, roasted tomatoes, vegan bacon, mushrooms, spinach and Kaylee’s famous Viking bread. The team is also currently experimenting with an exciting meat-inspired product made from extracted pea protein that will feature in hearty meatball stews and lasagne in the winter months. At the end of the day, Kaylee says her goal is to create vegan offerings that dispel the misconception that vegan food is limited or bland; dishes that show that “plant-based eating is delicious, cruelty-free and most of all sustainable”.

Let us know in the comments section below – will you be heading out to try this vegan version of the iconic bagel?