Where to find great vegan food in your city

Veganism is no longer a niche. According to Google, vegan-related searches increased by 90% last year. In the UK, according to The Independent, the percentage of vegans has soared to 7% of the population. (That’s 3.5 million people!) In the USA, 6% of diners identify as vegan – a 600% increase in the past three years. Numbers in SA are harder to find, but the Google search volume here is certainly on the rise. This once-niche lifestyle choice has made the leap from trend to the mainstream.

Although plant-based diets have been around since Buddhist and Greek philosophy, the word vegan was first coined in 1944 by founder of the Vegan Society, Donald Watson. Failed alternatives to the name vegan include ‘dairyban’, ‘benevore’ and ‘vitan’. (Is it just us, or does that last one sound kind like a superhero?) 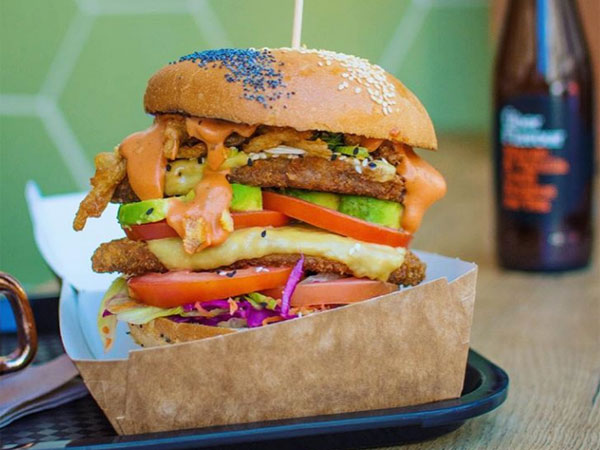 Since then, growth has been driven by a more general move towards more conscious and ethical eating, along with environmental awareness. While Netflix films like What the Health and Cowspiracy have had their critics, it seems that their hugely influential premise is broadly correct. A UN report in 2010 warned that rising meat and dairy consumption would cause climate catastrophe and food shortages. One Oxford academic, Dr Marco Springmann, has attempted to model a vegan planet, and suggests that if the world’s population turned vegan by 2050, the global economy would benefit and greenhouse gas emissions would fall by two thirds.

In an article entitled ‘Why you should turn your business vegan in 2018’, Forbes says plant-based dairy alternatives are expected to represent 40% of the dairy beverage market within three years. A wave of new dairy-free milks is likely to include milks made of barley, hemp, pea, flax and quinoa. Egg alternatives, pea proteins and cheese alternatives are also taking off.

Google, Bill Gates and Twitter co-founders Evan Williams and Biz Stone have thrown their weight behind new meat replacements, and Richard Branson announced last year that he was investing in a lab-grown meat start-up. In SA too, supermarket shelves are expanding with new vegan products – from milk alternatives to cashew cheeses and vegan sour cream.

Restaurants are also responding to diners’ requests for more options. While vegans were once subject to sad soggy tofu and questionable meat replacements, many restaurants now have special vegan menus and bespoke tasty house-made options. With everything from superfood juice bars to vegan bakeries on the rise, vegans can now have their cake and eat it.

Whether you’re a vegan, a vegetarian, or just trying to reduce the amount of meat and meat-based products you eat, here’s our guide to where to find the best vegan food in a city near you.