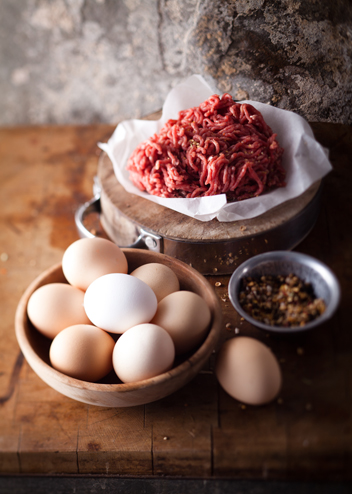 Farmer Angus’s eggs and mince, winners of the free-range category at the 2013 Eat Out Produce Awards

The term flexitarian, added to the Merriam-Webster Dictionary in 2012, means “one whose normally meatless diet occasionally includes meat or fish”. The concept rose to fame in 2003, when the American Dialect Society voted flexitarian the year’s most useful word, though it’s only recently that we’ve heard it over kitchen counters and dinner tables in South Africa. Amelia Frenkel takes a closer look at the trend.

For some, the choice to go semi-vegetarian may be an economic one, as consumption of meat is quite expensive. And it’s not for the first time: during World War II, for example, food bought from stores was strictly rationed and homegrown fruit and veg were in high demand. The price of meat has dropped in recent years – mainly due to intensive factory farming and increased competition – so that the percentage of people in the West who are now vegetarian due to necessity is relatively low. But the cost of eating a lot of meat is still more – for your health as well as your pocket. Higher fibre intake and naturally lower saturated fats are just some of the health benefits from eating more vegetables. Meat proteins are, however, more “complete”, giving the varied flexitarian diet more legs.

There’s also the carbon footprint debate: this buzz phrase forces us to picture the journey made by land, sea or sky of our imported sausage or out-of-season grapes, trailed by an imaginary vapour. But what does it really mean? When it comes to the meat versus potato debate, a 2006 study by the UN estimated that raising animals for food generates more greenhouse gases than all the cars and trucks worldwide. Here’s a practical example: a beef burger, the quintessential fast food, produces about 30 times the carbon dioxide of a vegetarian burger. Plus, there’s the land required and the water used to raise the animal and produce the meat. The World Watch Institute equated skipping one hamburger to saving as much water as taking 40 showers.

While the argument is compelling, the idea of giving up meat, particularly to a foodie, might be difficult to swallow. This is where supporting small farmers and movements like Meat Free Monday succeed. Indeed, many flexitarians will only eat meat if it’s been ethically raised and they know its provenance. Frankie Fenner Meat Merchants in Cape Town has a simple philosophy: to reconnect their customers (who aren’t just the cool kids, incidentally) to where their food comes from. “We get housewives, athletes, farmers, health freaks, food purists, all coming for various reasons,” says proprietor Andy Fenner. “These range from ethical beliefs to quality of meat or health benefits.” (Frankie Fenner Meat Merchants won the 2014 Eat Out Produce Award for best outlet in the southern region.)

It’s one thing when you’re meticulously sourcing your own food at local markets, but what about when you’re dining out? “The chefs I chat to have confirmed that they had always wanted to provide grass-fed, free-range meat, but never had a steady, consistent supply of it,” Andy explains. “It’s an important insight because, in my opinion, chefs are the ones with the power to get people to try new cuts and unusual cooking techniques.”

So, if you want to have your meat and eat it too, the flexitarian way of life might be for you. 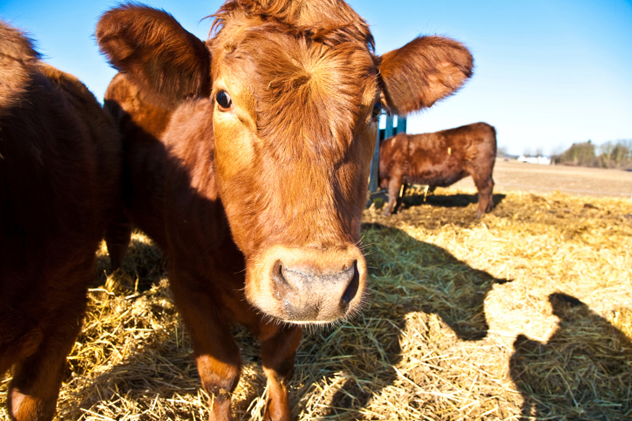 Read all about the rise of urban farming