Whisked away by whisky appreciation 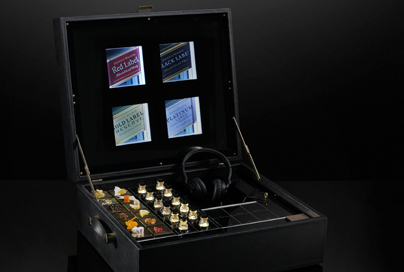 Peat, pot stills, drams and single malts used to be words that flew right over my head, and I was a wee damsel in distress at the thought of acquiring a taste for whisky.

But a brief tasting this week demystified the amber liquid for me and busted the myth that I couldn’t enjoy it. Actually, I got to understand the much-cherished drink a bit more in the familiar surroundings of the boardroom at work.

The team from Johnnie Walker set up their new initiative of flavour profiles in their King of Flavour campaign. I had already completed the experience on the website, so I knew what label I should like to drink. You must have a go: it’s a bit like those quizzes where you answer a few questions and it spits out a city that you should ideally be living in. (Mine was Vienna; maybe it had something to do with the fact that I prefer romantic movies.) Anyway, pay a visit to the website to see if you’re a gold, black, red or platinum kind of drinker.

But back to the boardroom table, on which lay an intriguing, beautiful, matt black leather box. I was invited to open it, to a chorus of oohs and aahs. A bit like a jewellery box, it featured edible flavours neatly set out on gold, ranging from almond and sour cherry to bitter orange and pomegranate. 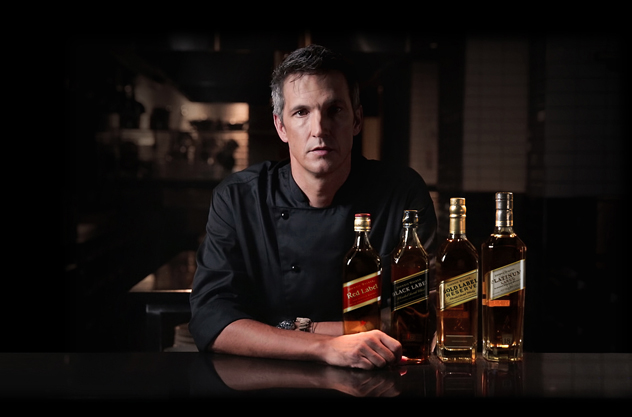 David Higgs, executive chef at Five Hundred at The Saxon

I chose two flavours that I would quite like to pick up in a drink: marshmallow and black pepper. After sampling these, I chose another two from an array of tiny bottles of aromas ­­– a bit like a perfumery – ranging from raisins to cut grass. My picks were cut flowers and smoke. (I was starting to enjoy this acquired taste thing already!)

Next, I put on a set of headphones and chose my preferred mood. I couldn’t choose between ‘party’ or ‘celebration’ so opted for ‘indulgence’ in the end. Magically, the red label appeared to indicate my ideal match.

So next time I’ll be ordering this hue, while I work hard to acquire a taste for it. To start with, it might be one of Johnnie Walker’s stylish cocktails: a dram or two of red topped up with ginger ale, lemon, ice and a rim of fresh ginger. It’s a good way to keep warm in the chilly times ahead! (I might even investigate further how whisky matches up with various foods.)

Speaking of which, David Higgs, executive chef at Five Hundred at The Saxon, also our reigning Chef of the Year, is the Johnnie Walker chef ambassador and will be matching flavours to complement the whiskies. Keep an eye out for these inspiring combinations.