Join us for a delicious Portuguese meal, a quick coffee with something sweet or an exciting cocktail at our Sky Bar. We have something for everyone! 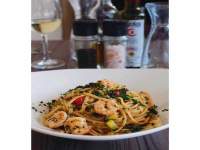