Apart from the water-driven conveyor belt for the ‘grab your choice’ colour-coded sushi plates, you can order pieces of sushi from the menu, such as spicy salmon tuna sushi, or tofu pouches. Some other starters on offer are a delicious udon soup and tempura items.

A number of lovely chicken and rice dishes include an option made with bamboo shoots – or try the famous spicy bean curd and brown sauce vegetable dish. There’s teppanyaki, fried noodles, fried rice, and a large array of combo platters, such as the salmon-based red platter, the sushi salad platter and a nigiri platter. All offer great value for money.

In addition to the regular Asian beverage selection, a selection of average South African wines is available.

Adequate, even though the large TV screen is somewhat distracting for staff and patrons, particularly when there’s a big soccer game on. On the other hand, this may be a welcome distraction as nobody notices exactly how much sushi you’re consuming.

The relatively authentic interior looks slightly dated and in need of a revamp. Apart from a covered outside area and a few small tables inside, the traditional island where the sushi is made dominates the inside space. It features a very simple device through which small inverted plastic bowls bob along in a trough of water, each holding a plate of sushi.

Eating good-value sushi as the classic train of dome-covered sushi plates passes by. 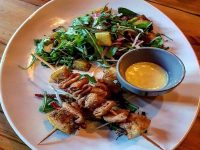 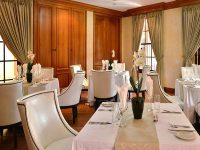 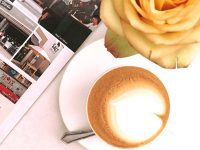