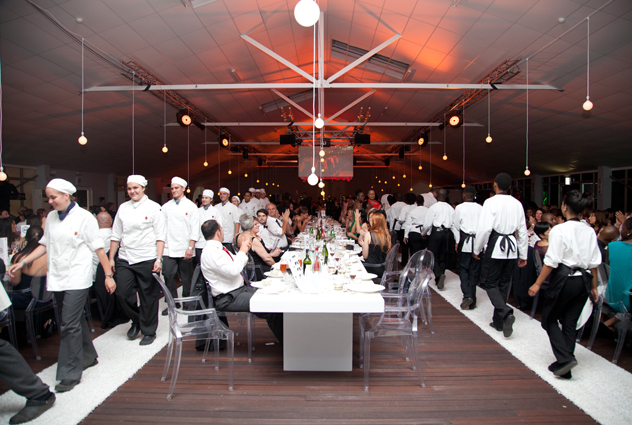 We have a new title sponsor, a brand new venue and date set for the 2014 Eat Out Mercedes-Benz Restaurant Awards, which is going to be a super-charged event for food lovers this year.

The Eat Out Mercedes-Benz Restaurant Awards, which acknowledge South Africa’s top chefs and restaurants, will be held on Sunday 16 November 2014 at Thunder City at the Cape Town International Airport. The larger venue has been chosen to meet the growing demand from Eat Out fans for tickets, and to allow for even more innovation in staging the event. Juicy details will follow in due course.

While the 2013 awards accommodated 500 guests, this year’s new venue will allow for even more industry players, celebrities and members of the public to attend. The Oscars of the food industry will once again have a multiple-course dinner showcase prepared by award-winning chefs and paired with the country’s best wines. (See which top chefs prepared the meals at last year’s awards.)

Tickets are now available via Webtickets. For enquiries, contact Julie Potgieter at julie@newmediaevents.co.za.