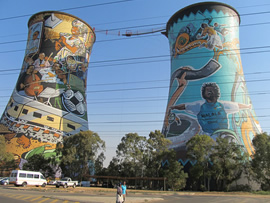 I love telling people that I’m a kid from Soweto. I even used to take pride in introducing myself as “chef Lesego from Soweto” when doing menu presentations at a lodge I worked at. But it’s been a while since I’ve been immersed in that food scene, so when I was asked to write this article, some exploration was in order. What I found was a growing culinary community; with a lot of young, urban and hip Sowetans moving to the suburbs and closer to places of work, many eateries have realised there’s a market in welcoming this crowd back home on weekends and in the evening. Slowly but surely the face of food in Soweto is changing… and quality and service are tagging along, too. The result is exciting to watch and be a part of.

Restaurant Vilakazi
The first place I visited was right on Vilakazi Street. (Yes, I decided to visit this famous South African street first). If you go there in the evening and on weekends you’ll miss the buses and tourist queues – and Restaurant Vilakazi is at the top of the street, far from the tourist hub which surrounds the Mandela and Tutu houses. 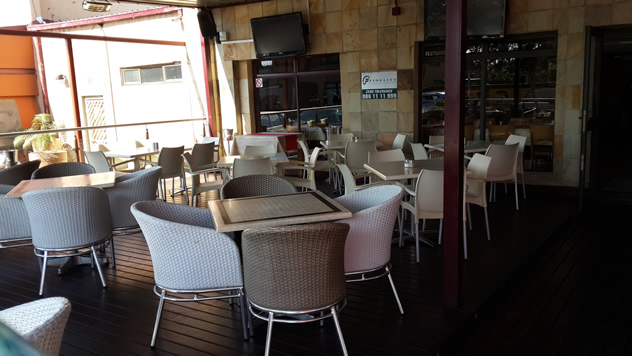 Serving what I would call “South African fusion” food, they’ve taken traditional cuisine and tried to modernise it through more contemporary plating. With a fully stocked bar and a wine list the restaurant is a buzzing hangout in the evenings. Their most popular dish is the oxtail stew, followed closely by their mogodu and samp dish with butternut and spinach. It has a very laid back atmosphere but is done in a classy way. Prices are very reasonable. 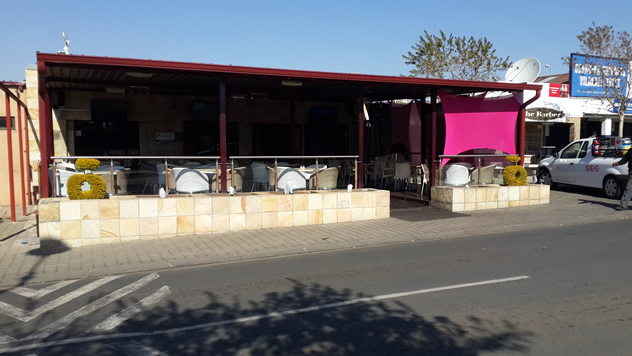 Nexdor
If you’re looking for uncomplicated, simple but good quality fare with your mates and buddies, this is the perfect spot. Nexdor is situated slap-bang right in the middle of the buzzing madness that is Vilakazi Street. The food here is modern and simple, but done right. Their most popular dish is the steak sandwich, which comes served with a fried egg on top and a large portion of fries. At night the venue opens up and becomes a thriving nightspot, popular with locals. 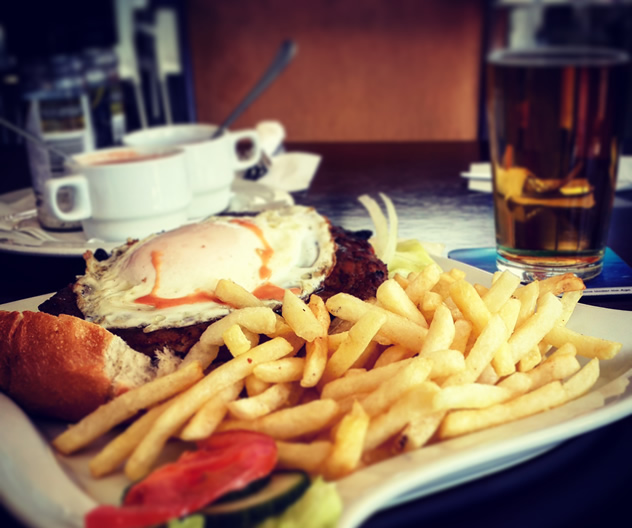 Ntsitsi’s Fun Food
This street stall is one of the most famous in Soweto. It’s situated in Diepkloof on Eben Cuyler Drive, serving Soweto-style kotas. A kota is a township version of a bunny chow, sometimes referred to as a township burger: a quarter loaf of bread is hollowed out and filled with potato fries, Russian sausage, cold meat, cheese, mango atchar, sauces and anything and everything you can think of. Ntsitsi has 40 variations of kotas, but I always go for the K36 kota. People come from as far as Sandton just to buy Ntsitsi’s kotas. 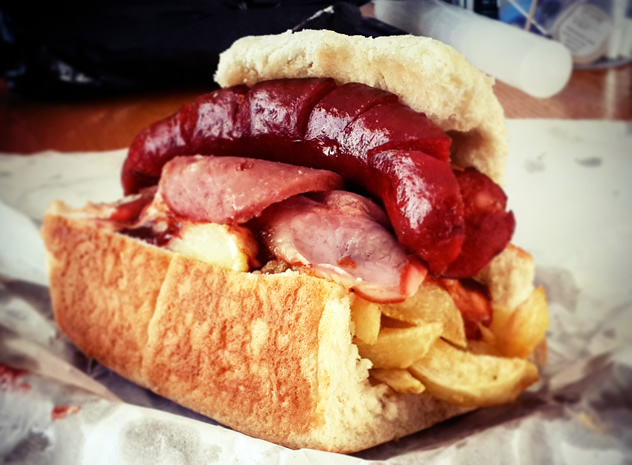 Chaf Pozi
Chaf Pozi is one of the more famous hangout spots in Soweto. This restaurant is situated right below the Soweto twin towers, and you can bungee jump or go on a bike tour of the area before coming back to grab a bite to eat. With Soweto-style shebeen décor, the interior is non-fussy and relaxed. This is a chesa nyama spot, so first choose your cut of meat from the butchery window then wait in the restaurant as it gets grilled for you on the braais outside. Then choose your starches and extras (pap, chakalaka, coleslaw, spinach, butternut and gravy, amongst others). If you aren’t one for grilled meat, they also have the house stews on offer. The venue is also known for its events and functions; it’s quiet during the week when it’s mostly visited by tourists, but very busy on weekends. 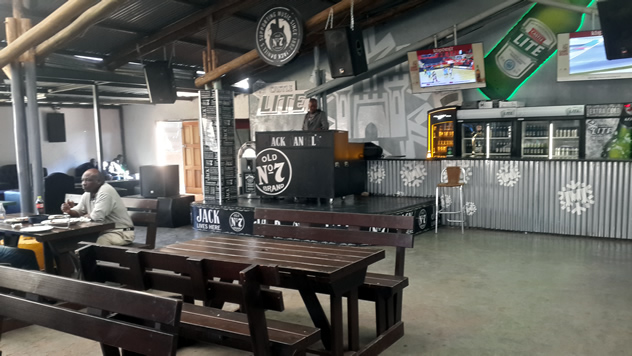 The Jazz Maniacs and Rusty’s Bar at the Soweto Hotel
People sometimes forget that Soweto has a four-star hotel right in the middle of the township. Situated at the Walter Sisulu Square of Dedication in Klipspruit, it boasts a large rather fancy restaurant and conference centre. Their food is a fusion of South African cuisine and modern western cuisine. The chef plays around with concepts and ideas and makes additions and changes to the menu often. The most popular option for meals, however, is their African food buffet. Served at lunchtime and at dinner time (if you don’t want to order off the à la carte menu). They do allow walk-in customers who aren’t staying in the hotel and their food prices are very reasonable. 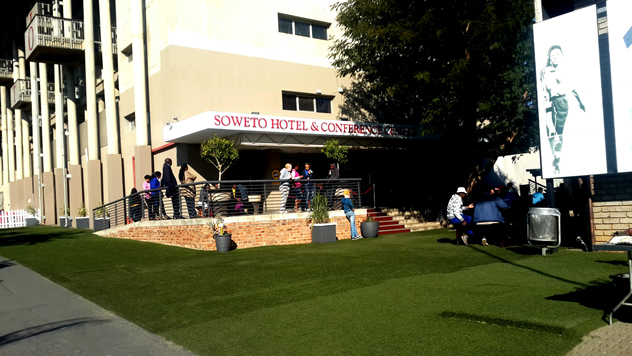 The Jazz Maniacs and Rusty’s Bar at the Soweto Hotel. Photo by Lesego Semenya.

Tavern
Tavern is the rather straightforward name for this restaurant situated in Maponya Mall, next to the cinema. They have a justifiably loyal following, because what they’ve done is pretty impressive. They’ve embraced the tried and tested recipes of African cuisine, but modernised them. 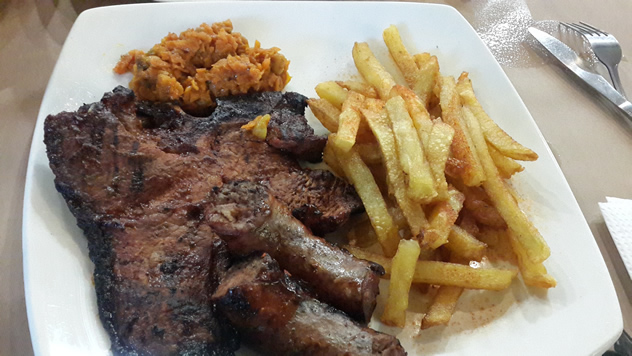 For example, you can have a township breakfast, which includes ox liver and tomato relish. The extensive but reasonably priced menu also includes grilled meat, stews, sausages, pap, dombolo, samp and so much more. They host comedy nights on Tuesdays, Jazz nights and ladies’ nights, and the restaurant gets quite busy in the evenings. 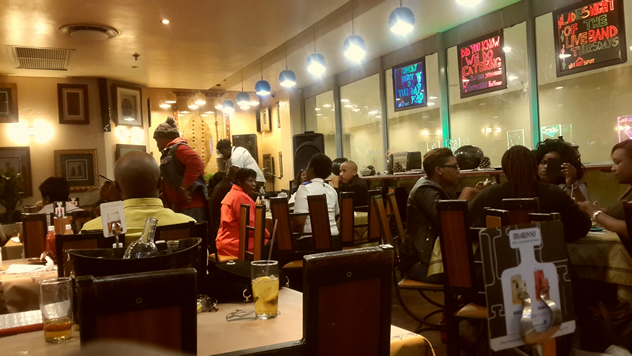 Sowetalian
Chef and co-owner Paula has an Italian dad and a Sotho mom and grew up in Lesotho. At Sowetalian, she and her husband have taken typical township food and fused it with authentic Italian cooking. Think pastas with beef liver, pizzas topped with interesting toppings, and bruschetta topped in interesting ways. 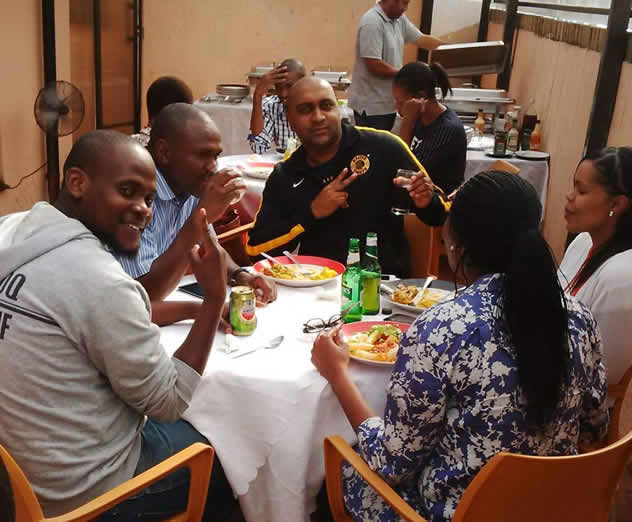 Their menu varies and changes according to seasonality and popularity – initially they refused to serve pap, but have recently given in. Breakfast, buffets, dinner and takeaways: they do it all. Currently it’s located at the couple’s house, close to the world-famous Regina Mundi church, but they have plans to expand and move to a free-standing restaurant soon. 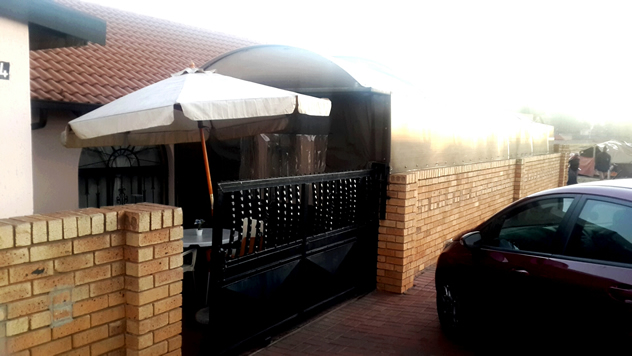