Bree Street’s rapid conversion into a restaurant hub continues. This week it sprouted another breakfast and lunch spot, SMAK. Located on the ground floor of the Bowman Gilfillan Building in the space formerly occupied by Tribakery and B@1, this new restaurant and deli is the creation of two fresh-faced entrepreneurial chefs, Devin Hogan and Katia Scherf. 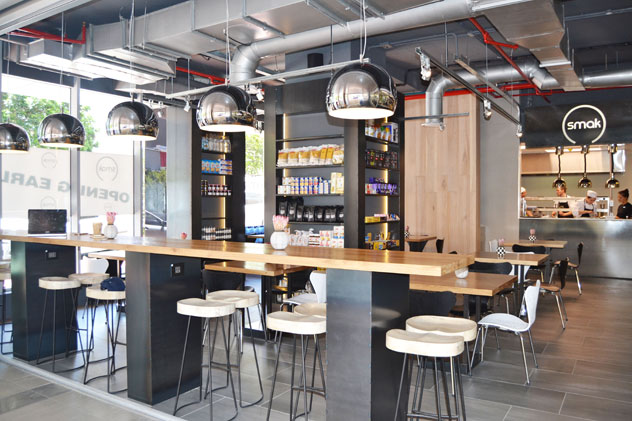 The interior at SMAK. Photo courtesy of the restaurant.

The team built on Katia’s pastry skills and Devin’s knowledge of ingredients, plus the experience they gained travelling in Europe and interning at The Test Kitchen, to put together the menu. 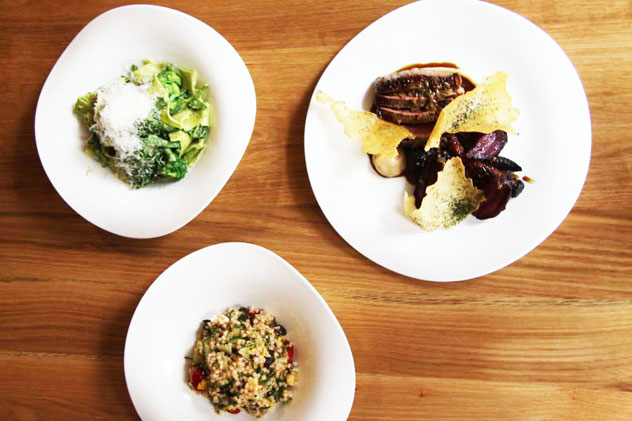 Some of the dishes at SMAK. Photo courtesy of the restaurant.

SMAK will offer customers a gourmet sandwich bar and quick street food to eat on the move. Breakfasts take the form of gourmet beans on toast with smoked tomato, chorizo and crème fraîche, and simple scrambled eggs with cream cheese and balsamic onions. The lunch selection includes seafood offerings such as seared salmon with grilled asparagus and a dressing of cream cheese and miso, and a bowl with fresh mussels, bacon and a marinière sauce, served with freshly baked ciabatta. 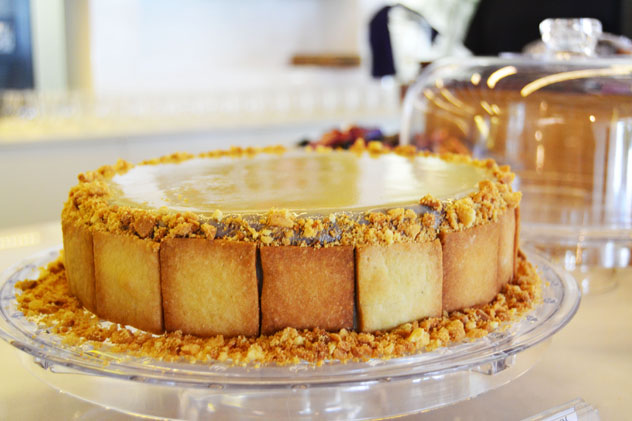 For a more casual bite, customers can grab a coffee (beans from Uber Coffee) and build their own sandwiches at the counter with an overwhelming choice of cheeses and deli items. The deli also stocks a range of imported meats, cheeses, pastas, chocolates and freshly baked bread to take home.

SMAK is open Monday to Friday from 7am until 5pm and Saturdays from 9am until 3pm. The eatery will also be open on First Thursdays for dinner; simply bring your own drink of choice. 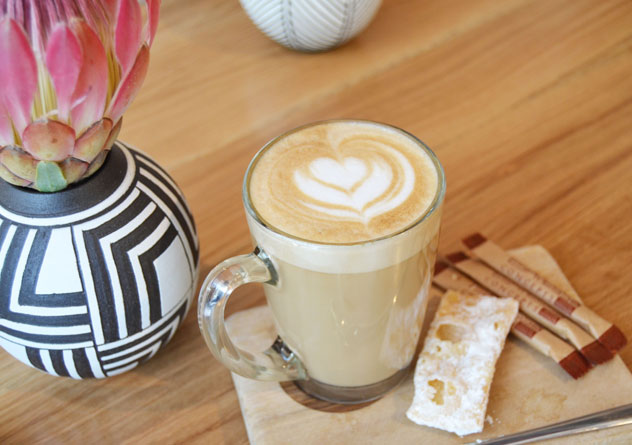 The coffee at SMAK. Photo courtesy of the restaurant.