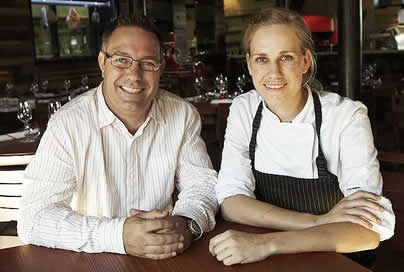 Neil Grant, owner of Burrata (named Best Italian Restaurant at the 2013 Eat Out Restaurant Awards), dishes the scoop on his soon-to-open Italian restaurant, Bocca, in Bree Street, as well as his plans for the relaunch of the River Café in Constantia.

While the theme at Bocca (the Italian word for ‘mouth’) is Italian, it will be quite different to Burrata in a number of ways, says Neil. The pizzas will be Neapolitan style, and they will install the same kind of oven (imported from Italy) as they have at Burrata. “However, Bocca will be a more of a casual/hip environment… more of an artisanal beer, wine and pizza venue with a few shared Italian dishes. The wine list will be less serious. Bocca will be a place where you can come have glass of wine, beer or antipasti, and share a pizza or pasta. We have one or two tricks up our sleeves with regards to lunch/dinner offerings, but you’ll just have to wait to discover those!”

Neil was unable to disclose details about the chef at Bocca, but he is close to finalising things. Annemarie Steenkamp, currently the head chef at Burrata, will be the executive chef and will oversee all three restaurants (Burrata, River Café and Bocca), creating the menus in co-operation with each head chef. He explains, “Annemarie is a real talent and she really deserves this opportunity as she is a brilliant and dedicated chef.”

The doors to Bocca are set to open in August, so mark your calendars. 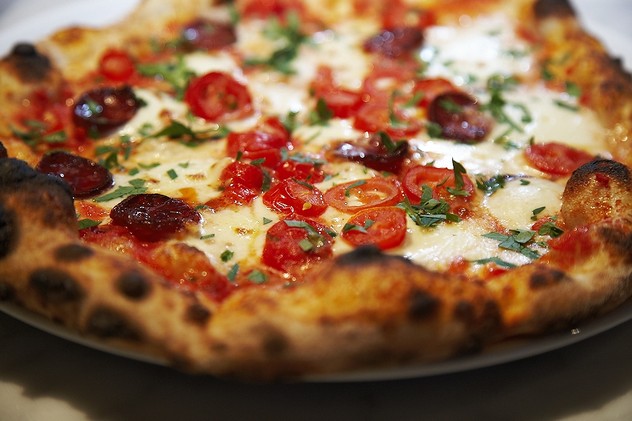 “The location of the River Café is just spectacular,” enthuses Neil. “We are very excited about this project.” He says that it will evolve over a few years while Constantia Uitsig also redevelops itself, so we’ll have to wait and see. “Things are currently changing daily, but I can tell you that we are very busy with our design team; the name will change; the menu will change; there are a lot of exciting things in the mix.”

Neil is particularly excited to work with the new manager for the River Café space, Matteo Guidone. For the past eight years Matteo has worked aboard the exclusive The World Residences at Sea, where he was the head sommelier for five years and food and beverage manager for three. Neil explains, “Matteo is English (with an Italian father) and married to a South African and they’ve decided that it’s time to keep their feet on dry land!”

As for managing to take over the River Café, open Bocca and still look after Burrata, Neil is confident in his team. “We’ve already started to establish a shadow team for both new venues and as we tweak our offerings, we will make sure we have the best skilled staff for each kitchen and front of house. I’m also going to have to split my time between venues until they get more established, but once the teams are up and running, I am confident that they will do a stellar job.”

Eat Out will post more details on the River Café later on in the year as things develop.