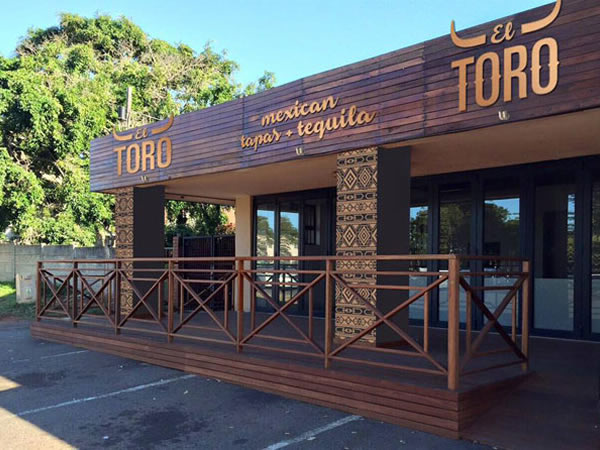 Durbanites can look forward to a new authentic Mexican eatery, set to open on the Mackeurtan Avenue strip on 10 October.

Serving up Mexican tapas and, of course, plenty of tequila, El Toro will fuse old-school Mexican and Spanish classics with some rediscovered secrets of Aztec cuisine. 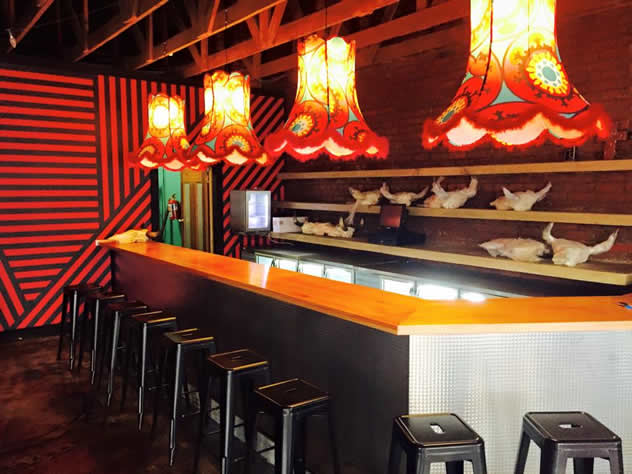 The bar at El Toro. Photo courtesy of the restaurant.

Dishes will include succulent glazed pork belly with burnt corn mash, citrus-and cocoa-seared ribs, tequila-minted granita and Valencian-style paella. There will also be a dedicated nachos section with interesting options such as refried bean mash and aubergine ghanoush; or grilled hake and mozzarella. Dessert options will include churro bites dusted in star-anise sugar, and ice cream with Mexican flavours and a spicy choc sauce. They’ll also be throwing in some more local offerings, such as homemade paneer cheese with braised pulled lamb, and seared mussels, to name a few. 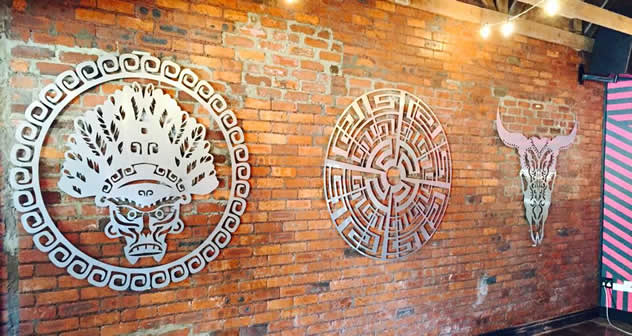 Mexican art on the wall at El Toro. Photo courtesy of the restaurant.

The colourful and flamboyant new space is the latest to join a host of restaurants in the up-and-coming foodie suburb of Durban North. El Toro opens its doors for lunch on Saturday, 10 October. Get there early to grab a spot, as they won’t be taking bookings.