If you suggest opening a restaurant during a pandemic, some people might call you mad, but for chefs Lisa De Beer and Darren O’Donovan it was the chance they’d been waiting for. With rental prices in Parkhurst dropping and spaces becoming available, it made their dream of opening their own restaurant a reality. Darren explains: “We could pick up a lot of kitchen equipment at great prices, but it’s been a massive concern looking at where people sit financially … we’ve taken a risk and believe that because it’s a small restaurant and we have a loyal following that people will come out to support, and we’ve been fortunate in that we’ve been full since we opened.”

Their combined resumes would make any foodie blush: Cube Tasting Kitchen, LBV, Aurum and Est Est Alea to name a few. The cherry on top was bringing on Mitchel Du Plessis, their chef de cuisine, who’d been part of their team at Est Est Alea – this trio of culinary stars means the menu is not only dynamite but also consistent, so no matter the day, you’re guaranteed to have the best of the best in the kitchen! 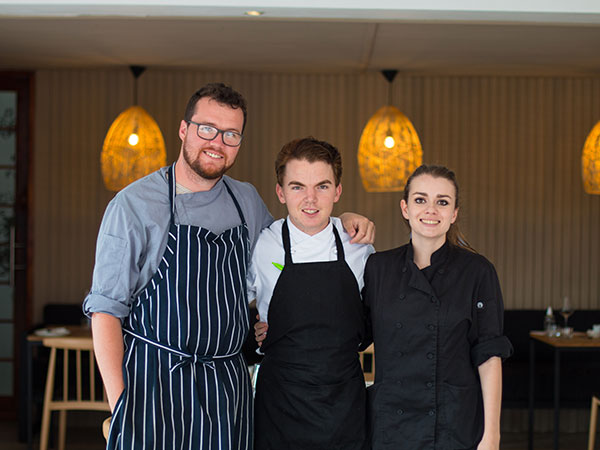 They’ve taken a corner spot at 4th and 13th on the Parkhurst strip and completely transformed what once was a conveyer belt sushi joint into a cool and understated venue that’s light and inviting. They laugh when talking about the design of the place as they put every penny they had into it, searched for deals, made plans wherever possible and painted the entire place themselves. To call it a labour of love is an understatement.

The menu is an ode to their culinary journeys, a highlight reel combining the best of their experiences with newfound inspiration. Each dish is perfectly balanced and exquisitely plated, with a little something for every palate. In Lisa’s words: “It’s contemporary dining – high-end but unpretentious.” The menu is broken into snacks, starters, mains and desserts, but you can have every main as a starter portion (at half the price) meaning you can create your own five- or seven-course tasting menu and it won’t break the bank.

Whilst we can honestly say the entire menu is superb, standouts include the kataifi prawns – giant meaty prawns wrapped in pastry and deep-fried to crisp perfection, served atop an aerated creamed tom yum with a lime, mirin and soya gel and orange and pickled ginger mayonnaise – and the wonderfully fun “beef and beer” – a carpaccio of beer-cured sirloin, cold-smoked, seared and shaved and served with a beer reduction dressing, a sprinkling of popped sorghum (the root of umqombothi) for crunch and a dash of parmesan and yeasted mayonnaise. 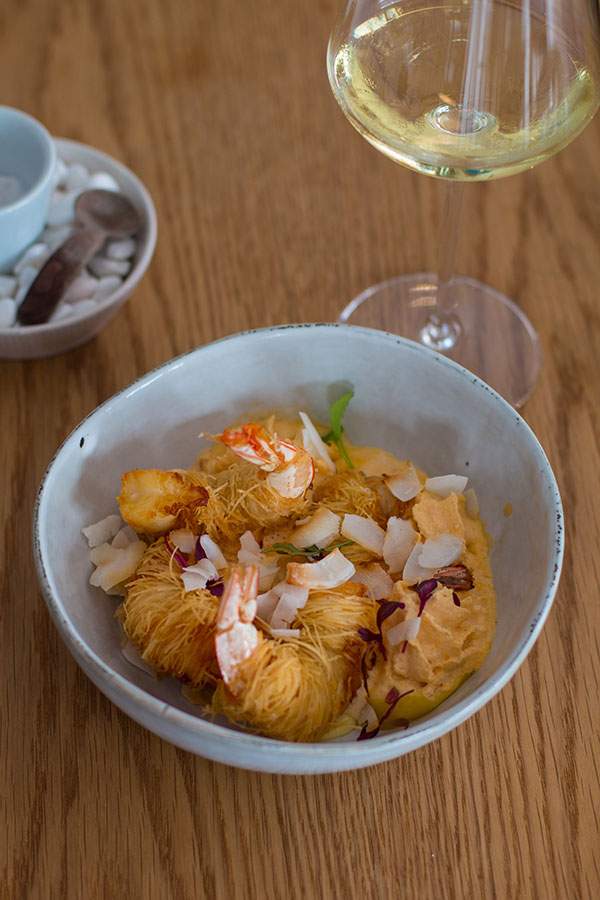 From the main menu, the parmesan and onion risotto – two words: umami heaven! Caramelised onions are folded through the risotto along with an onion stock and served with crunchy onions, onion seeds, onion cream, pine nuts, lashings of parmesan and gorgeous shavings of truffle. If you’re in the mood for something rich and robust, opt for the pork belly, which is beautifully rendered at 120°C and pull-apart soft. They’re glazed with figs and mustard seeds, roasted in the oven, and served with whipped polenta and smoked butternut.

But the pièce de résistance – the dish that all you passionate foodies are going be banging down the door for – is the onion caramel tart with blue cheese ice cream, candied pecan and gingerbread. It’s a crazy, savoury-sweet sensation that will blow your mind.