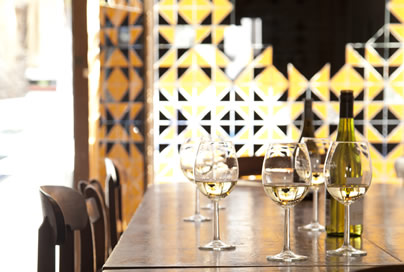 Those in the know are raving about Spier’s latest creative adventure, the Spier Secret Courtyard in Cape Town. Designed as a pop-up restaurant and venue, it’s a great place to meet for a drink and a snack, or one or their popular secret dinners. Best to get there as soon as possible, though, as the courtyard will only be open until the end of April.

The point of this endeavour, says Spier’s marketing director Annebelle Schreuders, “is all about collaborating with people who are passionate about food, wine and the arts”.

“We found that the secret dinners we hosted before are the most popular part of the Spier Secret Festival. It’s a wonderful way to connect with people. So we liked the idea of a pop-up venue, where we can give people something new to discover.”

And what a discovery it is. Eat Out went to have a look (and a taste), and found five reasons to love the Spier Secret Courtyard.

Located at 64A Wale street, between Honest Chocolate and Bean There Coffee Company, you’ll find the venue in a historic building that used to be a funeral parlour – complete with a morgue on site! No morbid vibes here though: the space is brimming with life, art, and a sleek glass-and-steel design that contrasts strikingly with the old, original brickwork of the walls. 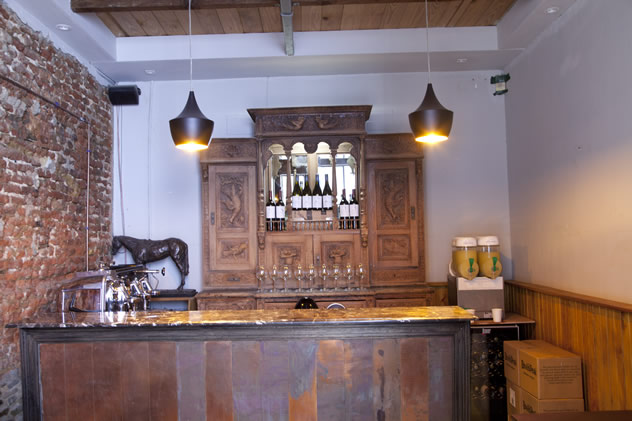 Think Spier’s chenin blanc, blended with ice and passion fruit. This has got be the best value-for-money drink in Cape Town at the moment: R15 a pop (if you can believe it). Plus, it is completely and utterly delicious. If you’re more of a purist, order a glass of one of Spier’s fine wines from the bar.

The courtyard is open from Thursdays to Saturdays, with ‘secret’ pop-up dinners generally scheduled for Thursdays. Hosted by the likes Spier chefs Lorianne Heyns and Charl Coetzee and various other local culinary creatives, the dinners are designed around a specific theme – for instance, a Dinner in the Dark set for 17 April – and tend to sell out quickly. On other days you can munch on a range of tasty snacks designed by Dear Me’s Vanessa Marx (named Rising Star at the 2013 Eat Out DStv Food Network Restaurant Awards), including farm-style chicken liver pâté and chilli and buchu-salted peanuts. 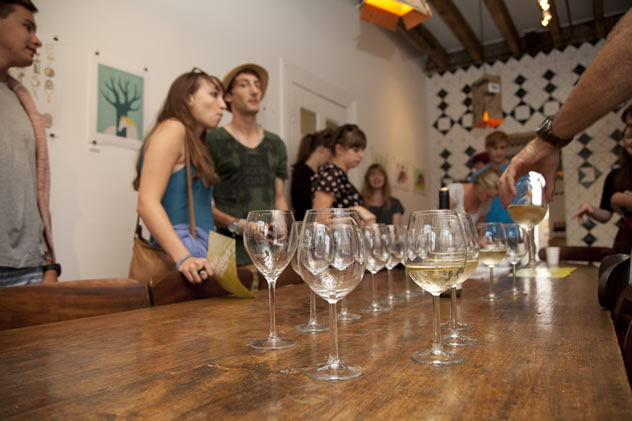 There’s a playful creativity at work here, from the décor to the artwork on the walls. Décor-wise, the aim was to reuse and recycle: notice the pendant lights, which are upturned cardboard wine boxes painted copper inside. The space features regular, changing exhibitions, in line with Spier’s support of South Africa’s emerging artists. Keep an eye out for the Spier Creative Block exhibition, which will be on for the whole month of April.

5. The secret nature of it all

There is something very alluring about the whole concept: the unexpected pool of calm of the courtyard amidst the buzz of Wale street; the variation of theme in the secret dinners, which means that no two events will ever be alike; and, especially, the fleeting character of the venue – it opened in February and will only run until end-April.

But it’s going so well; wouldn’t Annebelle like it to continue? “No, we enjoy the unexpected,” she insists. “We will definitely do something after April, but it will be elsewhere, perhaps in Jozi, and it will be entirely different. Watch this space.”

The Spier Secret Courtyard is at 64A Wale Street in Cape Town. For more information, visit www.spiersecret.co.za.