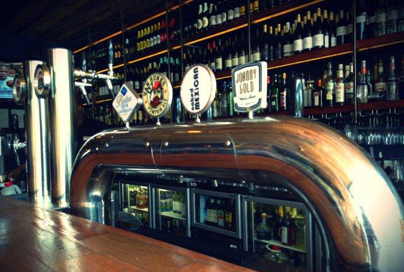 Many serious beer drinkers have been rolling their eyes at the recent trend of flavoured beer in South Africa. “It’s not even real beer,” they scoff, thinking of it as a horribly warped version of the ‘proper’ and ‘right’ thing.

But is this fair? If you’re not sure side of the fence you’re on yet when it comes to flavoured beer vs so-called true brews, this Buzzfeed article on the great debate might help you decide: Which side of the great pumpkin beer debate are you on? (Our favourite quote is “pumpkin beer is the modern day equivalent of the mullet. Everybody that brewed one will be ashamed of it in a decade”.) 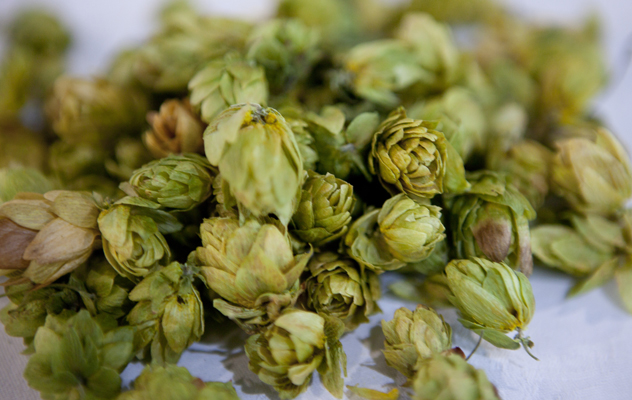 If you’re a beer snob, the uniquely bitter taste of malted barley and hops is probably the reason you’re as dedicated to drinking the concoction in the first place. But the truth is that flavoured beer, despite the addition of a fruit juice, pumpkin, or infused essence, which sometimes obscures that hopsy kick, is still made the same way.

We asked Chris Barnard, owner and brewer of independent outfit Boston Breweries to tell us about how they make their Van Hunks Pumpkin Ale (which we love). At first he admitted he’d forgotten that pumpkin ale was considered to be a flavoured beer, but agreed that with the addition of something other than the usual ingredients, it definitely falls under the flavoured category. His brewers add actual pumpkins, butternut, cinnamon and nutmeg near the end of the boiling process to make spicy Van Hunks.

Chris was inspired by his customers, who after seeing an episode about this kind of ale on Discovery Channel’s Brew Masters, motivated him to brew his own version. Van Hunks Pumpkin Ale was meant to be a once-off brew, but did so unexpectedly well in the South African market that it became a permanent part of the Boston product line. Boston Breweries also offers Wild Honey Brew, flavoured with raw Fynbos honey. 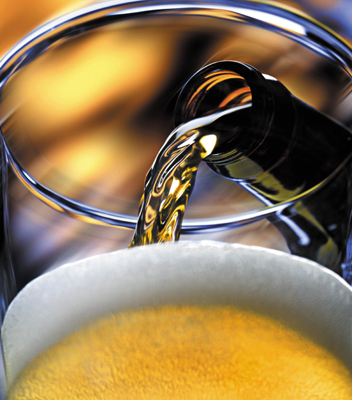 Another popular tipple of this kind (though imported) is the Lindemans Belgian flavoured beer, in cherry or peach versions. This type of traditional Belgian brew, produced by spontaneous fermentation instead of using specially cultivated yeasts, is called a lambic. The Lindemans brews have the full texture of beer but a fruity taste without being too sweet.

In the wake of the craft beer revolution, the overwhelming varieties of brews, flavours, techniques new and old, kegs and draughts that have come to light have actually made it harder to decide what our favourite drink is. It seems like the occasion and mood – instead of old habits and brand loyalty – determine what beer will be poured on that day, which is perhaps just as it should be.

And now that there are dedicated craft beerhouses (like Beerhouse on Long in Cape Town and The Foundry Café in Johannesburg) where both beer snobs and those of open mind can come together to argue, discuss and, hopefully, eventually clink their pint glasses together in solidarity at the end of the night, nothing will stop those from doing what they go there to do: drink beer.

Boston Black River Coffee Stout
Notes of citrus, roasted malts and black coffee on the nose and the palate, ending with a light bitterness. Click here to see where it’s available. (You can sort by region for restaurants, bars, supermarkets, bottle stores or markets.)

Boston Wild Honey Brew
Notes of Fynbos honey. Click here to see where to buy it. (You can sort by region for restaurants, bars, supermarkets, bottle stores or markets.)

Enjoy its golden, bright clarity with fresh, tantalising smells of citrus fruits. Because it’s distributed by SAB, it’s available at most liquor stores.

Van Hunks Pumpkin Ale
Notes of butternut and pumpkin, both on the nose and the palate, with a gently spicy blend of cinnamon, nutmeg and coriander. Buy it at Spar Tops stores, online www.yuppiechef.com or visit the Boston Breweries site to see the long list of where else it’s available. (You can sort by region for restaurants, bars, supermarkets, bottle stores or markets.)